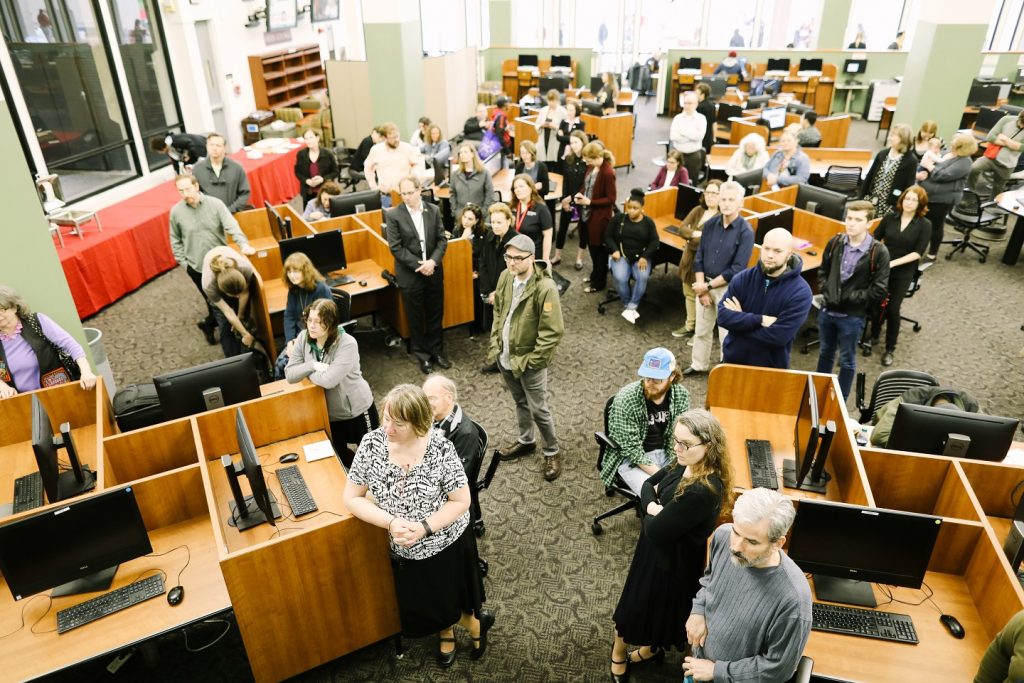 On May 9, the Libraries hosted a “Goodbye to Paley” open house. Paley has been the library’s home on Main Campus since 1966, and has meant so much to the Temple students, faculty, staff, community members, and visitors who have walked through its doors. 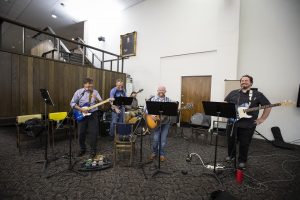 Around 250 people joined us to celebrate, to reminisce, and to say goodbye to Paley. Our open house featured an SCRC photo exhibit, zinemaking station, video booth for sharing Paley memories, library furniture sale, live music, and more. Dean Joe Lucia also offered remarks on the history of Paley and the shifts we’ve seen in academic libraries since the 1960s, when Paley first opened. It was a fitting send off as we prepare to open a new 21st century library across the street.

At the end of the day, we officially closed Paley Library in order to begin the move to Charles Library. The move process will continue throughout the summer, as we work toward opening the new library for the fall semester in August. Images of Paley Library from the SCRC, photo by Brae Howard

While Paley will no longer function as a library, the building will live on as “Samuel Paley Hall.” It will be the new home for the College of Public Health and will continue to house the Center for Academic Advising and Professional Development for the College of Liberal Arts and the College of Science and Technology.

While we will miss Paley dearly, we are excited about completing the move to Charles and opening the new state-of-the-art facility to the public. 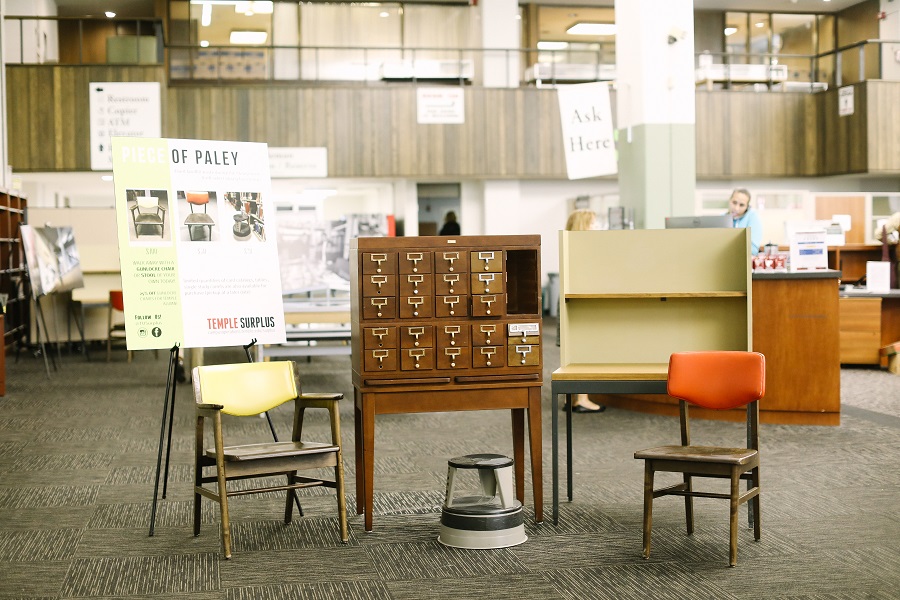 This week, October 24–28, is Open Access Week, a global event that promotes the benefits of Open Access (OA) in the academic and research community. Core tenets include free online access to scholarly research and the right to use and re-use those results in your own academic work. The important implications for academia, medicine, science, and society as a whole speak to an overall advancement of scholarship, as OA increases the exposure and use of published research.

Temple University Libraries is joining the conversation around OA through a series of pop-up events, a panel discussion, a lecture, and a webinar, and we invite you to stop by for the following:

At the Health Sciences Campus

Starting today, Thursday, April 23, at 8:00 am, Paley Library will stay open continuously through Wednesday, May 6 at 8:00 pm.

By staying open 24/7 throughout finals, Temple Libraries provides students with a convenient study space…with all the amenities of a research library – but that’s not all.

We are once again having therapy dogs visiting the library to help students relieve exam week stress – and we have increased the number of visits by the dogs. Check the schedule to find out when the dogs will be at Paley Library. 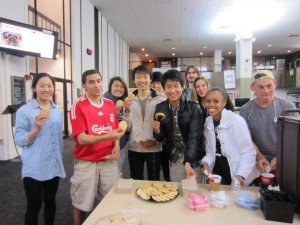 Students enjoy the free refreshments at Paley during finals

Make Paley Library your primary study spot for making it through finals.

The Temple University Libraries are committed to collecting the books, electronic resources and materials that serve our communities in research, teaching and learning. We are also committed to transforming lives through innovative educational resources and forward-thinking programming.

Please join us for a host of activities taking place at Paley Library, the central facility on main campus, throughout National Library Week:

First sponsored in 1958, National Library Week is a national observance sponsored by the American Library Association (ALA) and libraries across the country each April.

Intellectual Heritage Program and Libraries’ Beyond the Page Public Programming Series Team Up to Examine Data, Privacy, and Surveillance…from 1971 through the digital age

“Big data” is a big question in today’s digital culture, but government information farming is nothing new. We will examine the then and now of data collection and spying, and learn about how citizen activists have intervened in government spying efforts over the course of the past 40 years.

Please join us for the following programs, which are free and open to all:

On March 8, 1971 eight ordinary citizens—calling themselves the Citizen’s Commission to Investigate the FBI—broke into an FBI office in Media, Pennsylvania, took hundreds of secret files, and shared them with the public. In doing so, they uncovered the FBI’s vast and illegal regime of spying and intimidation of Americans exercising their First Amendment rights. Mailed anonymously, the documents started to show up in newsrooms. The heist yielded a trove of damning evidence that proved the FBI was deliberately working to intimidate civil rights activists and Americans nonviolently protesting the Vietnam War. Despite searching for the people behind the heist in one of the largest investigations ever conducted, the FBI never solved the mystery of the break-in, and the identities of the members of the Citizens’ Commission remained a secret. Until now. For the first time, the members of the Commission have decided to come forward and speak out about their actions. 1971 is their story. https://www.1971film.com/

Friday, April 17, Noon, Paley Library Lecture Hall
Film Screening: CitizenFour
In January 2013, director Laura Poitras (recipient of the 2012 MacArthur Genius Fellowship and co-recipient of the 2014 Pulitzer Prize for Public Service) was several years into making a film about surveillance in the post-9/11 era when she started receiving encrypted e-mails from someone identifying himself as “citizen four,” who was ready to blow the whistle on the massive covert surveillance programs run by the NSA and other intelligence agencies. In June 2013, she and Greenwald flew to Hong Kong for the first of many meetings with the man who turned out to be Snowden. She brought her camera with her. The film that resulted from this series of tense encounters is absolutely sui generis in the history of cinema: a 100% real-life thriller unfolding minute by minute before our eyes. Executive Produced by Steven Soderbergh. https://citizenfourfilm.com/

Monday, April 20, Noon, Paley Library Lecture Hall
Mass Surveillance, Privacy, and Your Rights in the Digital World
Join Temple alum April Glaser in conversation with Professor of Journalism Meredith Broussard for a conversation on government and corporate dragnet surveillance and the legal, political, and grassroots challenges mounting worldwide. We will discuss the various ways corporate and government digital profiling perpetuates injustice in our digital spaces, and how the surveillance programs that have been revealed since Edward Snowden began to disclose details about government spying in 2013 have had a profound effect on journalism and activism in the U.S. and around the world.

In support of National Engineers’ WeekTemple Libraries hosted several events at Paley Library. In addition to a 3D printing demonstration, engineering students hosted a maker event for non-engineers on February 24 and 27, 2015.

The project had students making a digital LED die. It is a kit that is created specifically for maker events to expose people who have little experience with making anything to the challenge of building a small electronic device. It’s a great way for people to discover they have the ability to build things with their hands. 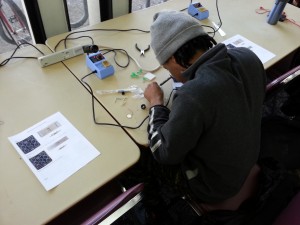 Making events are growing in popularity at college libraries as students are taking more interest in getting experiences where they use their hands to put something together. When the Digital Scholarship Center opens up at Paley Library in the fall of 2015 the Libraries will sponsor more maker events. If you are interested in learning more about maker events contact Steven Bell, Associate University Librarian. 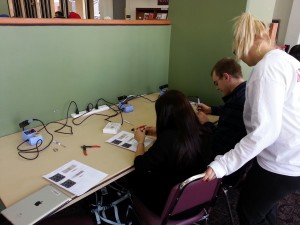 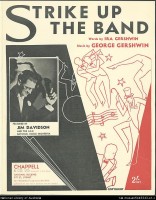 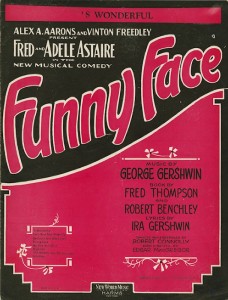 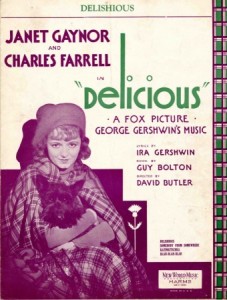 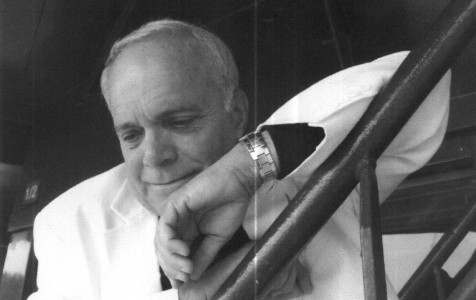 In partnership with the Boyer College, Temple University Libraries again present our Noontime Concert Series at Paley Library.  The concert lineup for this year features outstanding artists. John Johnson, pianist, singer, scholar, and entertainer extraordinaire will present a “Great American Songwriter” series with music by Cole Porter, George Gershwin, and Irving Berlin.  Returning this fall after their sensational “Springtime in Paris” concerts are Dr. Charles Abramowic and his students, this time featuring piano music by Shostakovich played to early Russian animated films of Ladislaw Starewic.  Alan Krantz, professor of guitar, and his students will share with us their beautiful music in “Classical Guitar: Intimate, Romantic, Cosmopolitan.”  Who could resist?

All concerts take place in the Paley Library Lecture Hall  (ground floor) from noon to 1:00 P.M.   Light refreshments are served.  Boyer recital credit is given.

Begun in Spring 2014, and drawing on the finest talent anywhere, this series provides an informal, enormously fun, and relaxing mid-day diversion.