Each year more faculty and more institutions acknowledge the importance of reforming scholarly communications by creating a new system that better supports publicly open access to research. One way in which this happens is when faculty senates approve Open Access Resolutions that encourage the open sharing of research articles by depositing them in institutional or disciplinary repositories. Significant progress also happens when federal law creates new guidelines and requirements for public sharing of research funded by taxpayers.

In 2007, with the passage of the Consolidated Appropriations Act of 2007 (H.R. 2764), federal law mandated that all articles published as a result of grant funding from the National Institutes of Health (NIH) be made available to the public on PubMed Central no later than 12 months after publication. Known as the “Public Access Policy”, it was a major advancement in open access. As a result close to 100,000 research articles are publicly accessible. However, since then, there has been no additional legislation passed to expand the Public Access Policy to other fields. It is not for lack of trying.

The Federal Research Public Access Act (FRPAA) was first introduced in 2006, reintroduced in 2009, and reintroduced again in the 112th Congress on February 9, 2012 (as S. 2096 and H.R. 4004). FRPAA aimed to expand public access policies to other departments/agencies. Despite setbacks experience wiht FRPPA, the effort to pass new public access legislation continues. On February 14, 2013, The Fair Access to Science and Technology Research Act (FASTR, HR708 and S350) was introduced. This bipartisan legislation would require federal agencies with annual extramural research budgets of $100 million or more to provide the public with online access to research manuscripts stemming from funded research no later than six months after publication in a peer-reviewed journal.

While it was beneficial for the White House, in 2013, to request the Office of Science and Technology Policy to direct each Federal agency with over $100 million in annual conduct of research and development expenditures to develop a plan to increase public access to funded research results published in peer-reviewed scholarly publications, it is still necessary to pass the FASTR bill in order to ensure that the expansion of public access requirments to other federal agencies is mandated by law. Despite the number of legislators from both parties co-sponsoring FASTR, in the current legislative environment, the prospect for it being approved this year is questionable. Whatever happens, the momentum continues to grow for public access legislation in both the library and higher education communities. With the undeniable success of the NIH Public Access Policy, in time we are likely to see the passage of FASTR. 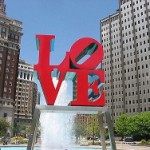 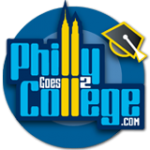 The “Philadelphia:  Where to Turn?” information guide provides information on services to help our city’s residents.  The guide lists where to find food assistance programs, shelters, and health services, as well as information on job-skills development, educational programs, and community centers, addressing the needs of many Philadelphians. The resources in the guide range from municipal and state programs to programs sponsored by non-profit organizations. These resources were selected for the free or low-cost quality services they provide. “Philadelphia: Where to turn?” also provides information on volunteering opportunities in the city. The guide will continue to grow as new services become available.

“Philadelphia: Where to turn?” provides access to information on services available to Philadelphia residents who are in need of assistance. You can use this guide to find:

Temple University Libraries would like to thank our library intern, Joseph Schaffner, for creating this guide.