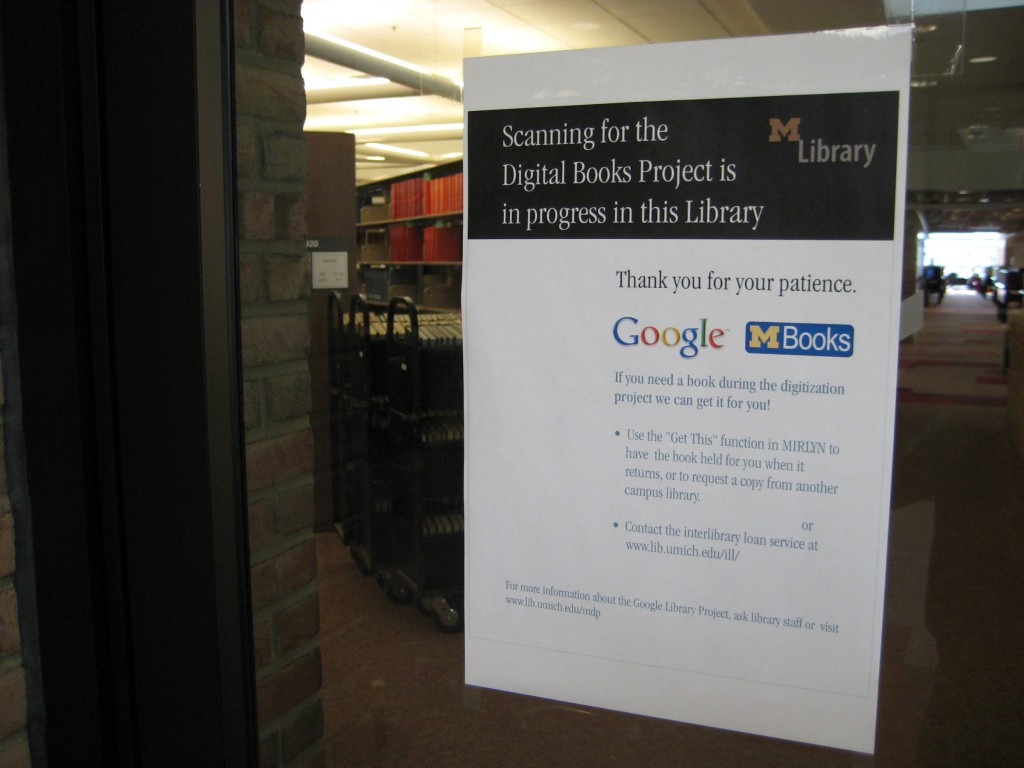 The big news in scholarly communication last week came from the Supreme Court, which declined to hear an appeal from the Authors Guild over Google Books. The Supreme Court’s decision puts an end to a legal battle that has been going on since 2005. This is great news for scholars, students, and the public, all of whom have come to rely on Google Books for their research. But the case is also significant because it reaffirms the doctrine of fair use. Fair use is an established part of U.S. copyright law, however, it’s not always clear what does or does not constitute fair use. Generally, courts rely on four factors to determine fair use: the purpose and character of the use, the nature of the copyrighted work, the amount and substantiality of the portion used, and the effect of the use upon the potential market for of value of the copyrighted work. The Authors Guild tried to argue that Google’s actions are not protected under fair use, because Google is a for-profit company (as opposed to an educational institution), and because Google is scanning entire books (not just parts of books). However, the courts ultimately ruled that Google has to copy books in their entirely for the project to be useful. In addition, they ruled that Google’s use of the texts is transformative (another key indicator for fair use).

Google’s book scanning project began back in 2004. The company partnered with several major libraries, including Stanford University, the University of Michigan, the University of California, Harvard, Oxford University, Columbia University, Princeton University, and the New York Public Library. The libraries selected books from their collections (focusing primarily on books published before 1923), and then Google did the digitization work for free. Google did not ask permission from any authors before they started scanning the library books. In order to obtain new and recently published books, Google also signed contracts with publishers which allowed them to scan and show parts of in-copyright books. All books (whether from libraries or publishers) are made available through Google’s search engine, which enables users to look for a particular word or phrase across texts. For most books that are still under copyright, however, users can only see a “snippet” of text based on their search term.

In 2005, a group of publishers, along with the Authors Guild and several individual authors, sued Google for copyright infringement. Both publishers and authors worried that they would not be properly compensated for the use of their content. They also worried that hackers would be able to get digital copies of the books and share them widely. In the years that followed, these groups tried to work out a compromise with Google. But in 2011, a federal judge rejected a proposed settlement. Then, in 2013, a district court ruled that Google’s treatment of the books was transformative and that its actions constituted fair use. The Authors Guild then appealed this decision. In 2015, a Second Circuit Court of Appeals agreed that Google Books was legal. The appeal to the Supreme Court was the Authors Guild’s last chance.

According to one source, Google has now scanned around 30 million volumes. In addition, they currently have over 40 Library Partners. Although the scans are not always perfect, Google Books remains a rich, free resource for people around the world. It is just another example of why fair use is so important.