The Libraries support Open Access publishing in a number of different ways. Recently, we launched a pilot Open Access Publishing Fund, which provides money to help Temple researchers cover the costs associated with publishing in an Open Access journal. We are happy to announce that our first recipients of the fund come from Laura H. Carnell Professor of Physics Xiaoxing Xi’s research group. You can read their article, “MgB2 ultrathin films fabricated by hybrid physical chemical vapor deposition and ion milling,” published in the most recent issue of APL Materials, here.

The paper’s lead author, Narendra Acharya, took the time to tell us a little bit about the group’s work: “Magnesium diboride (MgB2) is a superconducting material that allows electricity to be passed through it without any loss unlike in normal wires we use in households. Due to the unique property of this material, it can be used in various sensitive electronic devices. Our particular goal was to grow and fabricate a very thin MgB2 film. This thin film is then used to make hot electron bolometers and superconducting nanowires. Hot electron bolometers are used in astronomy to detect invisible radiation called THz frequency (this frequency is similar to a radio signal but more difficult to detect) coming out of our galaxy or interstellar bodies. By detecting these THz frequencies scientists can get information about any elements or molecules such as oxygen, carbon dioxide, or water present in any planets or solar system in our galaxy or beyond. If present, these elements may signify the possibility of life. Since THz frequency is emitted by many materials, these devices can also be used to detect various materials in a security check system. Similarly, superconducting nanowires can be used to speed up satellite communication. In our paper we present the growth and preparation of ultrathin MgB2 film for use in such devices. At Caltech’s Jet Propulsion Laboratory, scientists have already demonstrated an improved performance of these devices by using our films.”

The authors told us that they wanted to submit their work to APL Materials because it is a highly regarded new journal in the field. In addition, they liked the idea of making their research freely available to people across the globe, especially because MgB2 ultrathin films have many potential uses.

Congratulations to all the authors on this innovative research! Be sure to check back with our blog in the future to learn about other recipients of the fund. 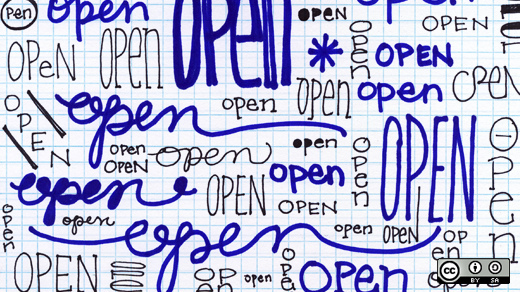 We are excited to announce that the Libraries have established a pilot Open Access Publishing Fund for 2016-2017. The fund is open to all Temple tenured or tenure-track faculty members. Postdoctoral fellows and graduate students may also apply, as long as there is at least one tenured or tenure-track faculty member listed as a co-author on the article.

The Libraries’ goal in starting an Open Access Publishing Fund is to promote new forms of scholarly communication. There are a rising number of high-quality open access publishers whose business model depends on the fees they collect from authors (often referred to as article processing charges, or APCs). Authors are increasingly interested in making their work available open access, as it helps them reach new and wider audiences. However, the costs involved can be a deterrent. We hope this Fund will help remove this financial barrier, encouraging authors to experiment with new and innovative publishing models. Over fifty universities across the country currently maintain some kind of Open Access Publishing Fund.

Authors with a journal article that has been accepted or is under consideration by an open access publisher are encouraged to apply. Authors simply fill out a brief application with their information, a copy of the article, and a copy of the journal acceptance letter (if available). Funds will be available on a first come, first served basis. The Libraries will aim to make a final decision regarding the application within two weeks’ time. If the request is approved, payment will be made directly to the publisher, upon receipt of an official invoice from the publisher. The Libraries cannot reimburse authors.

Some details to note: 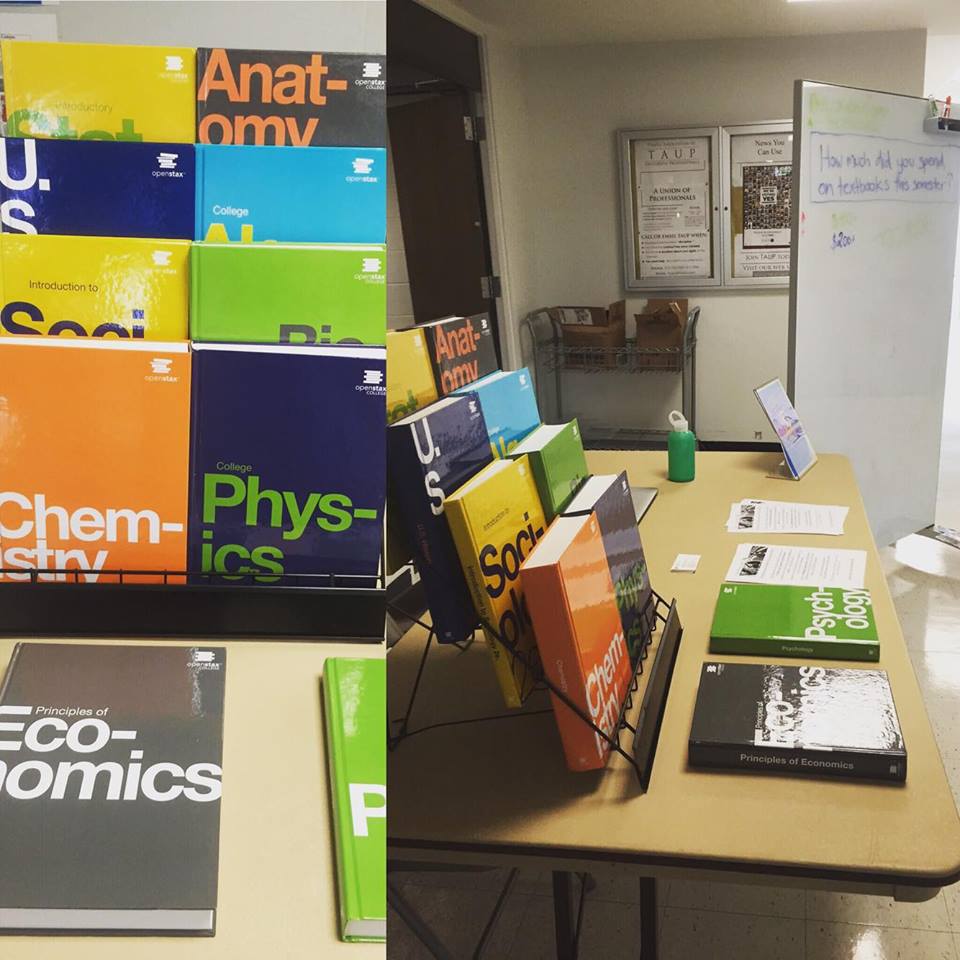 August 29th marked the beginning of the fall semester at Temple. As students started classes again, we thought it would be the perfect time to talk to them about affordable textbooks. So, we set up a table in the hall of Paley Library, and, armed with some flyers and our brightly-colored display of OpenStax textbooks, got to work. We thought we’d be doing most of the talking, but it turned out our students had a lot to say on this topic. Here are a few of their stories:

One student was very upset when she realized that her psychology textbook was going to cost her $200. She came to the Library to see if we had a copy, and was disappointed when she found out we didn’t have it (the Library has some textbooks in the collection, but doesn’t actively collect them). She told us she could rent a copy of the textbook for around $50, but before she does that she wants to keep trying to find a free copy. What’s the problem with this scenario? Well, while this student looks for a free or low-cost copy, she’s not actually doing the reading in the class. Instead, she’s falling further and further behind.

We also spoke with a biochemistry major who has never bought a textbook. He said he refuses to pay for textbooks because they’re too expensive and he just can’t afford them. He generally relies on Interlibrary Loan to get his textbooks. When it comes to lab manuals, he just photocopies them. He admitted that although this method has worked for him, it’s extremely time consuming. Wouldn’t it be great if instead of trying to track down free copies of his books every semester, he could spend that time studying?

Another student was in the Library looking for a copy of her $250 calculus textbook. Once again, the Library didn’t have it, and she wasn’t sure what to do. She did not have the money to purchase such an expensive book. We pointed her to the Open Textbook Library and found a couple of different options. She said she was going to ask her instructor if she could use one of the open textbooks instead.

To end on a positive note, we were excited to hear from a number of students who are taking a general chemistry class this semester from Professor Michael J. Zdilla. Zdilla assigns his students the Introductory Chemistry textbook from OpenStax. This textbook is available online, and is completely free for students to read, download, and print out. All the students we spoke with were thrilled that they didn’t have to pay for a similar commercial textbook.

Want to learn more about how the Library is supporting the use of affordable textbooks on Temple’s campus? Check out our Alternate Textbook Project.