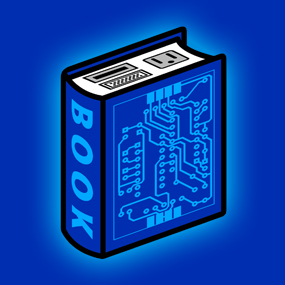 Are you in the process of writing a book or journal article? Have you been thinking about how you might present some or all of your research digitally? Over the past ten years, university presses, libraries, and others in higher education have started building the infrastructure necessary to support the creation of high-quality, peer-reviewed digital work. The Andrew W. Mellon Foundation has provided the start-up funds for many of these projects. One of the first digital publishing platforms that the Mellon Foundation funded was Scalar, which was developed at the University of Southern California on behalf of the Alliance for Networking Visual Culture. Scalar is currently being used by a number of different publishers, including the University of California Press and Duke University Press, to publish both born-digital scholarship and digital companions to print monographs. Scholars can also use Scalar to self-publish their work. Recently, the Mellon Foundation has funded other exciting efforts in this area. All share a common belief that scholars and publishers need to think beyond the traditional print monograph. Here are four new projects, all currently in development, worth watching:

Vega is a digital publishing platform being developed under the direction of West Virginia University for books, journals, projects, data sets, and other scholarly output. The Vega team is particularly interested in streamlining the production and editorial process for publishers. Unlike some existing platforms (such as Open Journal Systems), Vega will be completely customizable. Look for it to launch in 2018.

Editoria is a digital-first book production platform being developed by the California Digital Library, the University of California Press and the Collaborative Knowledge Foundation. Like Vega, it is designed to simplify the publishing workflow process in order to help lower production costs. A beta version of Editoria is planned for release in late 2016/early 2017.

Fulcrum is a digital publishing platform being developed by the University of Michigan Library and Press. Fulcrum will make it easier for authors who want to link their source material to their scholarship. The resulting digital piece can be published as a supplement to a print book, or can even take the place of a print book. One of Fulcrum’s early adopters will be Lever Press, a new press run by a group of leading liberal arts colleges that plans to publish open access, digitally native scholarly monographs.