John Wanamaker: There really is something to be said about being the sidekick to a leader, isn’t there Enkidu?

Enkidu: No doubt about it- I feel as though some people will only remember us as people who helped the real leaders become who they were meant to me, and that’s fine, I guess.

JW: That’s why I would say our statutes are so important, you know? They really show that we were important as well. Gilgamesh would never have become the leader he was destined to be without you helping transform him.

E: Likewise, you helped President Harrison and other American leaders with advice as Postmaster General- I will say, though- you had some rather “interesting” ideas.. Buying Belgium from Germany to stop the First World War? That’s something… 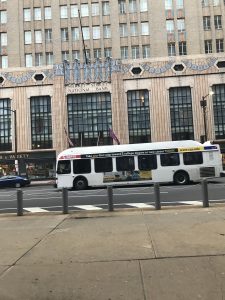 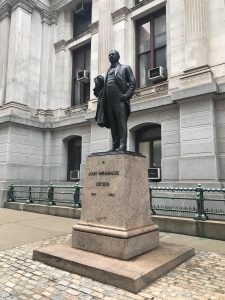 JW: It’s not the worst idea ever for sure… But sometimes, I do worry about my legacy, and who wouldn’t? I mean, I do have a building across from me that has my name on it. I had all these great accomplishments with my department stores, working for the government, and philanthropy, but I wonder if people will only remember me for some of my controversies… 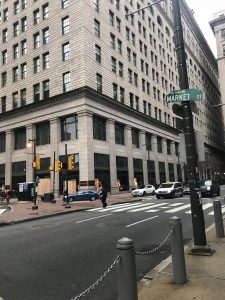 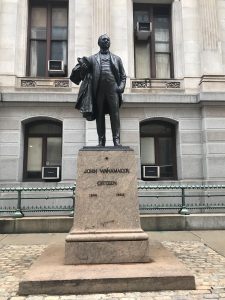 E: That’s a fair and reasonable thing to worry about- after all, I had Gilgamesh kill Humbaba, which really didn’t make Enlil too happy. I was also probably more violent than I needed to be, but what is there to be done now? All you can really do is hope that these statues help people remember us as the visionaries that we were.

JW: Right- a lot of people tend to believe that I “bought” the position of Postmaster General through campaign donations, and it doesn’t help that I fired thousands of the employees as soon as I was confirmed to the post.

E: I wouldn’t worry about it too much, John. Everyone who has a statue like us has done a lot of good and bad, but isn’t that kind of the point? Every statue is a reminder that each of us has accomplished great with some other questionable decisions, but that’s how humans are.

JW: I see so many Philadelphians walk past me every day at City Hall, and I hear people talking about how they want to accomplish great things, and that is great, but it is important to keep in mind that we all make mistakes.