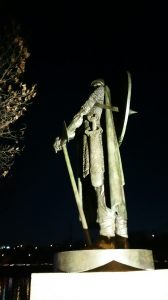 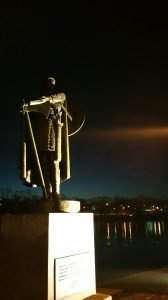 “Better to fight and fall than to live without hope”-Volsunga 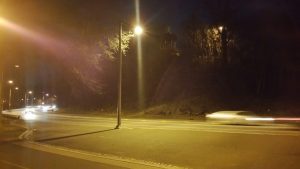 This dialogue is between Thorfinn Karlsefni and Enkidu.

Thorfinn Karlsefni: Ahhh! What another momentous day in hell! The boiling blood feels extra hot today! How’s everyone else doing?

TK: I see… everyone does not want to speak today. Well, I suppose I will just talk to myself again… But I do have to say, for being ruthless and ravenous conquerors in your times on earth, all of you have turned into cowards by keeping your mouths in silence.

Alexander, speak! You were once the king of the ancient kingdom of Macedon and you were unbeaten in battle. But look at you now, you seem as if you have been defeated in a thousand wars. Speak, you coward!

Alright how about you, Attila the Hun? Or you Genghis Khan? … Cyrus? Bin Laden? Che? Anybody?!

TK: Did I hear something?

TK: I have heard it again. What are you saying? Speak loud as if you were a true warrior!

E: Silence! (loud) I am praying for silence! There is no need to torture us further with your needless clamor

TK: Ha! Praying will give you no promise as we are in Hell, enduring an eternity of misery and pain! May I ask what fool I have the disappointment to speak with?

E: My name is Enkidu. I am from the City of Uruk where the great Gilgamesh and I went on glorious adventures and killed the beast Humbaba and the Bull of Heaven.

TK: I have not heard of such a place or these names before. Where do you reside in history?

E: I am well before your time. I have gotten to see this pool of boiling blood rise from the beginnings of time.

TK: Well ancient warrior, I am Thorfinn Karlsefni, one of the best Icelandic Vikings to trade and to sail the sea. I followed the footsteps of the greatest Norsemen, Erik the Red and Leif Eriksson, by leading an expedition to the newfoundland called Vinland.

E: I do not wish to know your name nor what you did. I just want to boil in silence.

TK: There is no use keeping your mouth once you have already opened it. Let me tell you about Vinland and my earthly glories!

TK: Besides being a great tradesman and sea captain, I was a great warrior in battle, wearing the best armor and swinging away at peasant with my battle axe. As a prominent Viking and great sails man, I was ordered by Erik the Red to lead hundreds of people to find settlement in Vinland. Now, Vinland was a land of many mysteries where we could expand our civilization. It was fertile and quiet, and it had the most beautiful grapevines I had ever seen. These vines could have made the most delicious wine in the world. The land was perfect.

E: You find the most beautiful land you have ever seen and all you think of is getting drunk on wine! Pathetic!

TK: I would be careful of what comes out of your mouth.

E: You did tell me to keep my mouth open.

TK: You have no right to talk to noble Norseman like me. I had prestige and honor. What do you possess?

E: Do you think holding an axe and hiding behind armor make you honorable?! I was a creation of the gods and was a wild man who learned to live in civilization. I held a good fight with Gilgamesh, who is 2/3 god an 1/3 animal. I fought with nothing to protect me besides my bare hands. I protected the citizens of Uruk when the Bull of Heaven was sent to destroy the city and the people in it. Then, for my glory, I was built into statue made out of gold.I had honor! You had nothing!

TK: If you are so honorable, why do you sit in hell?

E: It is because my gods are unrighteous. They have put me here behind no moral principle and I cannot do anything about it. Now, the people of Uruk want to take my statue down.

TK: … I do not know of your legacy, but you cannot tarnish my own. I was a great warrior, Norseman, and a Viking. I was also built a statue in the NewFoundLand where it is now called Philadelphia, Pennsylvania. People pass by in cars to see my wonderous statue every day.

E: Yes, I know of your statue. It was vandalized a couple months ago since it a place for Neo-Nazis to celebrate Leif Eriksson day. The Antifa protestors spray painted anti-Nazi symbols on it.

TK: WHAT?! Why do they celebrate at my statue to start controversy?

E: They see you as a symbol of white supremacy since Norseman are descendants from Germany.

Hitler: What is it that you want?

TK: Because of you, controversy and disrespect has been brought to my staute!

E: There is no need to cause bickering out of this non-sense. As we sit in hell, there is no point of honor.

TK: I believe you are right. Now, I will sit in silence in all of eternity.