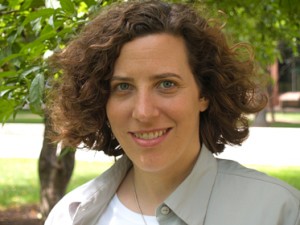 The official name of the 1996 Welfare Reform Act makes the legislators’ motivations very clear: The Personal Responsibility and Work Opportunity Reconciliation Act of 1996. On signing it, President Clinton fulfilled his campaign pledge to “end welfare as we know it.” Clearly fronting personal responsibility and work, the Welfare Reform Act of 1996 came right as the country’s economy was entering an unprecedented boom. The dot.com bubble was in its most expansive stage, with employment tight and wages rising. The “new economy” offered a bright horizon as Internet entrepreneurs would transform the economy and lift all boats on a turbulent but exciting sea.

The intent and the rhetoric surrounding the 1996 Welfare Reform Act was consistent with an American tradition of individualism. Looking at low-income individuals from this perspective, they simply lacked either the motivation or the personal characteristics necessary to thrive in our economy. The plan was to establish a program of carrots and sticks to encourage changes in personal behavior.

Judith Levine brings a different perspective to this debate in her new book Ain’t No Trust: How Bosses, Boyfriends and Bureaucrats Fail Low-Income Mothers and Why It Matters (University of California Press, 2013). Consistent with an alternative tradition that “no man [or woman] is an island, she is interested in social factors that influence personal behaviors, in this case trust and distrust. Looking at two different cohorts of interviews with low-income women in the Chicago area, one before and one after the 1996 Welfare Reform Act, she studied how trust and distrust emerge and shape low-income mothers approach and response to life events. She feels that this is a perspective lacking from the 1996 Act. 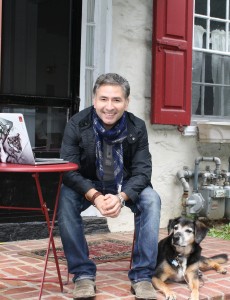 Hector Postigo is the author of The Digital Rights Movement: The Role of Technology in Subverting Digital Copyright, in which he presents three case studies of a broad group of loosely knit organizations and individuals that address issues concerning fair use, free speech, privacy, and innovation in the digital environment. None of these concerns are new but the digital medium has changed the social, legal, and economic configuration in which the stakeholders operate. Users are no longer simply passive receivers of content but producers as well. Anyone with a computer can generate new and original online content, or can reuse and remix content in creative ways. This is a real watershed for creation and innovation and the digital rights movement is motivated by a vision of culture as shared and participatory. Expanded conceptions of fair use and free speech are essential to facilitate this vision. Individuals, organizations, and businesses that “own” content through government-granted copyrights have an interest in maintaining control in their works, for commercial and other reasons. The lines dividing users, creators, and content owners are very fluid, so much of this story is about the evolution of legal rules – government regulation – with regards to copyright and digital technology.

By looking at three different cases in which the nascent digital rights movement struggled with the owners and producers of technology and commercial media over the meaning of fair use, free speech, and cultural production, Hector Postigo provides a unique perspective on the profound changes that digital technology has set in motion for cultures, economies, and polities. 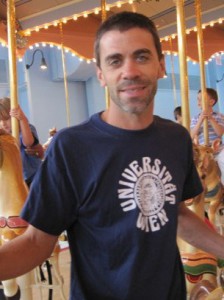 Introducin’ Kevine Varrone, baseball bardster over iTunes way   five and a quarter ounces avoirdupois   leaving his ancestral home: Goodin, Strawberry, Casey Stengall       amazing  a walk is as good as a hit    we used to say   that’ll be a rope in the boxscore   Pete Gray Nanticoke brief bloom back to cobblestone streets   city of hills & stars & sky & all of it falling or held in the firmament somewhere beyond the outfield fence  Center City rises up as the light fades waiting, sea gulls, plastic bags   the eephus turns instinct on its ear (1-3) a country life & estate Penn wrote to his wife   Sacrificing, converting, teaching, mixing, blending, bleeding   it seems odd don’t you think that we run the bases clockwise & inconceivable to do so   my sister is a Red Sox fan  a glove should feel like an extension of yr hand   my dad used to say    an experimental poet, everyone reads even the kids   Bill Lee, Mark Fidrych, Harry O’Neill  rewriting history is is pretty much what baseball is all about   in 1964 the mets began playing at shea stadium   walking through the Italian Market Paul stunned it was light   in 1945 a throw by athletics outfielder hal peck hit a pigeon flying over fenway park   does my sister know this, how could she   our world is just a hanging curveball   bill lee sd   the eephus is a quaker pitch   read, listen, extras, subplots edgar alllan poe   in most reckonings the world begins in thinking   & action is a derivative miracle   Kevin Varrone made history when he spoke to Fred Rowland   & then god said when did it become night 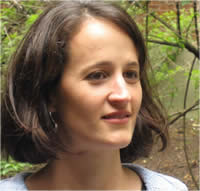 Colleges and universities face major financial challenges as state and federal funding levels fall and few new revenue sources can adequately fill the gap.  Tuition has already been raised to unsustainable levels, as aggregate student debt recently reached $1 trillion. Higher educational institutions are seeking to be more “entrepreneurial” in order to generate new revenues, but this is a rather slow process in most cases. These issues were pressing even before the housing meltdown in 2008. Now they are urgent.

With this context in mind, the Temple University Libraries are interested in exploring ways that the Internet can be used to reconceptualize and reconfigure how research and educational materials are delivered. If successful, this might both improve research and educational performance at the same time that costs are lowered. As part of the sixth annual Open Access Week (Oct. 22 – Oct. 28, 2012), the Temple University Libraries invited Nick Shockey, director of student advocacy for the Scholarly Publishing and Academic Resources Coalition (SPARC) and manager of the Right to Research Coalition, and Nicole Allen, director of Student PIRG’s Make Textbooks Affordable campaign, to discuss “The Connection between Open Access and Open Educational Resources: Exploring New Publishing Models.”

Before they’re presentation, they sat down to speak with me about open access journals and open educational resources.

Rob Redding is the talk show host of the Redding News Review, a syndicated radio program heard Monday through Friday from 4 to 7 p.m. Eastern Standard Time on the Genesis Communications Network (GCN). On Sundays his program airs between 7 and 10 p.m. on GCN, SiriusXM Satellite Radio Channel 128, and other affiliate radio stations. He also maintains the Redding News Review news web site. He has appeared on Fox News, NPR, and CSpan.

On February 1, he visited Temple University to discuss the presidential elections and his new book Where’s the Change?: Why Neither Obama, nor the GOP Can Solve America’s Problems. Before he spoke in Anderson Hall, he stopped by Paley Library for an interview.

Professor Rebecca Alpert has had a longstanding interest in baseball since she began following the Brooklyn Dodgers in her youth. As a professor of religion, she has written on topics of modern Judaism and Jewish studies, and on the role of gender and sexuality in religion. When she learned of prominent Jewish booking agents in the Negro Leagues of the 1930s and 1940s, she was able to combine her interests in Jewish studies and baseball. The result is her new book Out of Left Field: Jews and Black Baseball, published in 2011 by Oxford University Press. On February 15, I had the privilege of interviewing Professor Alpert on her new book.

In September, I sat down with the director of the Temple University Press Alex Holzman to speak about an AAUP report entitled “Sustaining Scholarly Publishing”, which he helped to organize during his tenure as president of the American Association of University Presses (AAUP). The 2011 report tries to make sense of recent changes in scholarly publishing. Though increasingly fractured by the proliferation of business models, the current publishing environment also provides excellent opportunities for future scholarship.

[The report is available from two different sources.]

The interview with Alex Holzman provides an excellent overview of the Temple University Press as well as the contemporary business, economic and academic environment in which university presses operate. Although we use the report as a touchstone for our conversation, there a lot of details included in the report that we do not cover. I strongly recommend taking the time to read the comprehensive and clearly written report.

Listen to the audio of Part I

Listen to the audio of Part II

To be eligible to win the 2012 Prize, applicants must:

We look forward to another great year for the Library Prize. If you have any questions about the new eligibility requirements, or any other questions, please email the libprize@temple.edu.