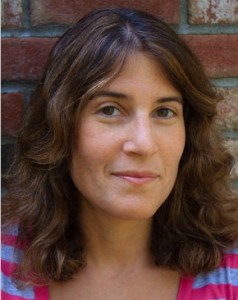 In Metropolitan Jews: Politics, Race, and Religion in Postwar Detroit (University of Chicago Press, 2015), History Professor Lila Berman analyzes the Jewish sense of place in Detroit during the twentieth century, first in neighborhoods such as Hastings Street, Dexter-Davison, and Bagley and then in the wider metropolitan area. In the first half century, Jews settled near the Detroit River and then gradually moved north and west. While there was little Jewish presence in the booming auto industry, Jews opened small business establishments, became involved in real estate, and pursued educational opportunities as the community developed vibrant religious and civic institutions.

At mid-century, Detroit began experiencing many of the convulsions that would shake other eastern and midwestern cities. The auto industry, which had built Detroit, began shifting its operations outside the city. White flight accompanied de-industrialization as federally subsidized mortgage loans financed new suburban housing developments from which African Americans were excluded. Detroit began losing popuation while the percentage of African Americans increased and the tax base shrank. For those Jews who remained, there were intense struggles over race, politics, employment, and housing.

Many Jews joined other white ethnics leaving Detroit. As the Jewish community became more established outside the city limits, what were the considerations with regards to synagogues, religious and civic organizations, and homes and businesses left behind? And how did the Jewish community respond to the struggles over politics, employment, and housing? Lila Berman tells the story of the Jewish community and its sense of place as it grew from small city neighborhoods to the wider Detroit metropolitan area.

A colleague just brought to my attention that the language courses used by the US to train foreign service workers are now free online (FSI Language Courses).

As stated on its web site:
“These courses were developed by the United States government and are in the public domain.

This site is dedicated to making these language courses freely available in an electronic format. This site is not affiliated in any way with any government entity; it is an independent, non-profit effort to foster the learning of worldwide languages. Courses here are made available through the private efforts of individuals who are donating their time and resources to provide quality materials for language learning.”

The following survey articles come from Blackwell Compass, which describes itself as “a suite of state-of-the-art, peer-reviewed survey articles across entire disciplines. Disciplines currently covered are Geography, History, Literature, Philosophy, and Religion.” Good place to go to catch up on recent advances in the literature of a topic. Women’s Experiences of Hindu Traditions: A State of the Field Review Static models of Hindu women as marginalized and muted subjects have in recent years been enlivened by a body of work that investigates the ways in which women both subtly and overtly resist, contest, and re-imagine these roles. Psychological Similarities Between Men and Women Across Cultures In this paper, I review a body of cross-cultural evidence showing that it is precisely in these Western countries that women and men differ the most in terms of personality, self-construal, values, or emotions. Much less-pronounced gender differences are observed, if at all, in Asian and African countries. Contemporary British-Jewish Writing: From Apology to Attitude This article surveys contemporary British-Jewish writing. It looks at a variety of texts to argue that British-Jewish writing is gaining a new visibility, momentum and confidence. Teaching and Learning Guide for: Racial Residential Segregation in Urban America We present an overview of research about racial residential segregation. The first part of the article reviews major debates and findings drawn primarily from the sociological literature. The second part of the article identifies new areas of research that in some cases cross into other disciplines such as geography and urban studies. Personality in Non-Human Animals The wave of new studies is shedding fresh light on traditional issues in personality research (How do early experiences affect adult personality?), raising novel questions (What are the evolutionary origins of personality traits?) and addressing practical problems (Which dogs are best suited to detecting explosives?). Causal Theories of Mental Content Causal theories of mental content (CTs) ground certain aspects of a concept’s meaning in the causal relations a concept bears to what it represents. ————————————————————————————————————– Subject Guides Classics // Islamic Studies // Jewish Studies // Philosophy // Religion ————————————————————————————————————–

Selling Captain Riley, 1816-1859: How did his ‘Narrative’ become so well known? (James Riley) PROCEEDINGS OF THE AMERICAN ANTIQUARIAN SOCIETY 171: 177-+ Part 1 APR 2007 James Riley’s extraordinary tale of shipwreck, enslavement, and liberation captivated many American readers in the nineteenth century…Popular awareness of Riley and his account of African geography and portrayal of Islamic and Jewish life was fueled by extensive press coverage and eventual anthologizing in children’s literature. Divining “divine action” in theology-and-science: A review essay ZYGON 43 (1): 191-200 MAR 2008 The topic of divine action has been central to the theology-and-science discussion over the last twenty years…I review three recent books that have responded in some way to the ongoing discussion. The Filipino Catholic nun as transnational feminist WOMENS HISTORY REVIEW 17 (1): 57-78 FEB 2008 Filipino Catholic nuns became formidable activists in the women’s movement as women’s studies teachers, and as leaders and members of transnational organizations. This article argues that the nuns’ unique location in the interstices-as transnational feminists who moved constantly from the local to the international-was what made them effective activists. The healing serpent and the origin of Ophite Gnosticism REVUE DE L HISTOIRE DES RELIGIONS 224 (4): 395-434 OCT-DEC 2007 This group is, together with the Naassenes, the only one that actually adores the serpent, which is considered as the epiphany of the Logos. This equivalence Logos = serpent is taken from the exegetical interpretation of Num. 21, 8-10 (the bronze serpent). Racializing historiography: anti-Jewish scholarship in the Third Reich PATTERNS OF PREJUDICE 42 (1): 27-59 FEB 2008 He raises and attempts to answer crucial and far-reaching questions about Judenforschung and its role in the Third Reich. Why was historical scholarship important for the perpetrators of the Holocaust? What was the specific function of historical arguments in a racist setting? What was the specific contribution of the humanities to racist arguments and racist politics? Religious place and its interaction with urbanization in the Roman era JOURNAL OF SOCIAL ARCHAEOLOGY 8 (1): 37-62 FEB 2008 This article examines the issue of urbanization in Roman Britain and its interaction with places of the late pre-Roman Iron Age…The modern western conception of place differs vastly from the past when places were important ways of conceptualizing experiencing and understanding the world and they were constructed through human action, memory and experience and interaction. Aegean prehistory as world archaeology: Recent trends in the archaeology of Bronze age Greece JOURNAL OF ARCHAEOLOGICAL RESEARCH 16 (2): 83-161 JUN 2008 This article surveys archaeological work of the last decade on the Greek Bronze Age, part of the broader discipline known as Aegean prehistory. Naturally, the literature is vast, so I focus on a set of topics that may be of general interest to non-Aegeanists: chronology, regional studies, the emergence and organization of archaic states, ritual and religion, and archaeological science. Is there a moral justification for redressing historical injustices? VANDERBILT LAW REVIEW 61 (1): 127-+ JAN 2008 This Article examines whether there is a moral justification for repairing historical injustices. My theme is the difficulty of devising a compelling moral argument for redressing such injustices, notwithstanding the moral arguments often invoked by the proponents of redress. Writing as thinking REVIEW OF GENERAL PSYCHOLOGY 12 (1): 9-27 MAR 2008 We explore four methods to see how expert writers externalize thoughts and interact with them: laboratory comparisons of novices and experts, interviews with accomplished writers (mostly of prose fiction), biographical analysis of Jane Austen’s development as a writer, and consideration of Gustave Flaubert’s notes and drafts. Animal consciousness JOURNAL OF CONSCIOUSNESS STUDIES 15 (3): 5-33 MAR 2008 There are several types of behavioural evidence in favour of the notion that many animal species experience at least some simple levels of consciousness. Other than behavioural evidence, there are a number of anatomical and physiological criteria that help resolve the problem of animal consciousness, particularly when addressing the problem in lower vertebrates and invertebrates. Constructing the guru: Ritual authority and architectural space in medieval India ART BULLETIN 90 (1): 7 MAR 2008 At the central Indian site of Chandrehe stands a rare example of a monumental stone monastery, built in 973 by a sect of Shiva-worshiping ascetics known as the Mattamayuras. Its complex architectural program Suggests that it was carefully designed to evoke the soteriological and ritual world of medieval Hindu monasteries, about which very little other evidence exists. The work of the present: Constructing messianic temporality in the wake of failed prophecy among Chabad Hasidim AMERICAN ETHNOLOGIST 35 (1): 64-80 FEB 2008 Temporal issues have remained relatively unelaborated in the rich body of research that applies cognitive dissonance theory to millenarian movements following a failed prophecy. We engage these issues by exploring how the meshichistim (messianists) among the Jewish ultraorthodox Chabad (Lubavitch) Hasidim employ temporal categories to deal with the crisis entailed in the death of their leader, the expected Messiah.

ARTstor has made some nice, brief interdisciplinary guides available on its web site. ARTstor is a huge database of high resolution images of major art collections from around the world. Here are some links to the PDF’s of the guides: Classical Studies // Middle Eastern Studies // Religious Studies // Women’s Studies Take a look to see how ARTstor can illuminate your research and scholarship!