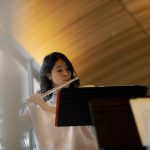 The librarians from arts, humanities, and media went behind the scenes to learn more about Beyond the Notes, an innovative and groundbreaking program that brings professional and student musicians to the stage and screens of the Charles Library community. Since it was first initiated in 2014 in Paley Library, Anne Harlow has served as the inspiration, organizer, educator, and lead cheerleader for Beyond the Notes.

We enlisted Sara Wilson and Kaitlyn Semborski of Library Outreach and Communications, who help with planning these 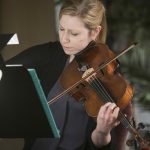 performances, to interview Anne Harlow, which they recorded on November 2, 2020. As Anne herself acknowledges, Beyond the Notes is a group effort that enlists the help of library and facilities staff and, of course, the extraordinary faculty and students of the Boyer College of Music and Dance. Kudos to all those who have contributed to making these performances so memorable.

From Paley to Charles to Zoom World, Beyond the Notes has wrapped performance, books, ideas, and pleasure into a singular experience that enriches the university and demonstrates the centrality of the modern academic library. Since this interview, Beyond the Notes has been as busy as ever, with the following programs. The show must go on! 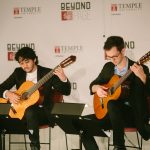 If you missed any of these programs, check out these recordings and visit the Charles Library website for news and updates on future Beyond the Notes performances. 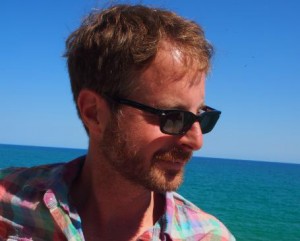 “The pleasure is in my hand as I draw his features. I particularly like this silent stirring, the swelling of the air between my hands and my eyes and my eyes and my subject, and I savor it much as the captain lingers over a fiery red pepper, which he eats in judicious little bites right down to the stem.” John Lewis Krimmel on board the Sumatra, sailing from Rotterdam, August 11, 1818  [from Lion and Leopard]

“It took me some time to to digest the deception. Nay, it should be called a thievery. Whatever Krimmel’s point, whether to denigrate me or my Museum, or perhaps, the practice of democracy as some foreigners are inclined to do, I realized my son had been right to warn me about the German.” Charles Willson Peale outside the Pennsylvania Academy of Fine Arts, 10th and Chestnut Streets, September 25, 1818  [from Lion and Leopard]

John Lewis Krimmel drowned in a Millpond near Germantown, not far from the farm of Charles Willson Peale, on July 15, 1821 at the age of 35. A genre painter, he was at the height of his artistic powers at the time of his death. His life and death served as the inspiration for Nathaniel Popkin’s new book Lion and Leopard, a novel that illuminates the world of early 19th century Philadelphia.

America’s first city at the time, Philadelphia was also the epicenter of its art world and a place that witnessed debates, controversies, and rivalries that contributed to the birth of an American culture. Sandwiched between the revolutionary generation and the coming of the industrial revolution, Popkin’s Philadelphia is a rich brew of men and women, family strife, youthful passion, foreign emigres, and institutional intrigue.

It was a time in which the young United States was still in a very fluid state and anything was possible, it was time when three youths from the small town of Easton, Pennsylvania set off for big city Philadelphia, with dreams of writing a book on the American masters and seeing the world.

On the 193rd anniversary of John Lewis Krimmel’s untimely death, I spoke to Nathaniel Popkin about his novelistic debut, LIon and Leopard.