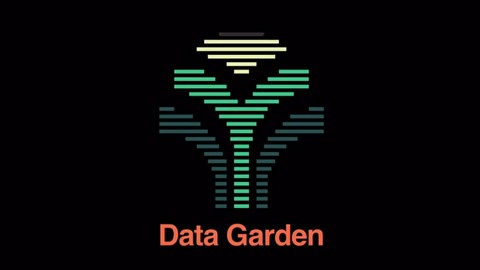 What does music, technology and plants all have in common? Well not much, unless you create a device that converts the language of a plant to the language of a computer and use the wave frequency to create rhythm! For my final workshop at the DSC this semester, a fascinating speaker named Sam Cusumano did just that.

Sam Cusumano, the engineer at Data Garden, came into the DSC April 21st to speak about his invention, the MIDI SPROUT. Data Garden is a Philadelphia-based record label and arts journal founded in 2011 by Joe Patitucci and Alex Tyson. Data Garden began “with a mission of encouraging the discovery of electronic music through history, science and community”. In 2012, Data Garden was asked to present an installation at the Philadelphia Museum of Art. The piece was titled Quartet, and was a performance of four exotic plants under the hypnosis of Data Garden mystical powers. A link to a 4 minute clip of this installation can be found here.

The idea of the MIDI SPROUT was conceived in 2014 and came about as a result of a Kickstarter campaign in which the music group, Data Garden, decided to raise money to provide people with the ability attach plants to synthesizers to make music. People bought into the idea, and over $33,000 was donated to fund the project. The device is able to make large, leafy plants, particularly philodendron or snake plants, respond musically to human interaction. The project has organically expanded from just a bio-music making device, into a philosophical discussion about the relationship between humans and plants. Sam, and the snake plant that I borrowed from the Rad Dish Cafe, communicated using bio-data sonification, and were able to make some interesting trance-like sounds for the audience. During his talk, Sam revealed (1) the importance of trial and error within the making process, (2) a philosophical and epistemological theory about plant communication, and (3) a basic technology overview of the MIDI SPROUT bio-data sonification process and equipment parts. This project directly relates to my current research; “If gardens could talk”, maybe they would use bio-data sonification to communicate with humans.

Now lets look at some of the topics brought up during Sam’s presentation.

(1) Trial and Error within the Making Process

Sam gave an excellent and engaging presentation. However, during Sam’s presentation, there were several glitches with the electronic connections between the snake plant and his computer. This comes as no surprise to someone used to making things. If you think about it, miscommunication and failure have taken up a huge amount of human existence. Failure is a natural part of the making process and it was refreshing to see Sam’s ability to teach while under the pressure of technical difficulties and poor real-time data. He still successfully communicated the concept of the device, and that was what made the presentation powerful. When a maker is in the studio, it may take hours, days, weeks, months or years for a project (depending on the complexity) to be completed. Whether it is the need for different or better materials to make the machine preform more optimally, or a computer hard drive malfunction that occurs, engineers, artists and makers must always be ready to improvise and improve their objects that are birthed from imagination. Sam inquired that one of the reasons the device was producing poor data, was the actual plant. Data Garden had been working with their own Snake Plant, Carl, for about 4 years, and according to Sam, Carl had grown attuned to the electronic signals being released within “its” cells. My plant from the Rad Dish cafe was only used to staring at the sun’s rays through the cafe window. A life of science was new to this dazzling, long leafed beauty. Trial and error are inevitable, using the scientific method of reasoning to solve maker problems is essential to successful making.

When I found out about the MIDI SPROUT, I was intrigued by the weird science and mystical nature of the project. This project was not merely making trance music with plants, there was a philosophical message at  the core of the device’s creation. You can’t help but become existential when contemplating how plants react to human presence. One could wonder if our need for each other (i.e. plants need for humans and human need for plants) goes far beyond providing humans the oxygen we need and humans providing plants the carbon dioxide they need. Such symbiosis {breath and life} are not seen in any other kind of inter-species relationship. Maybe the water’s relationship to fish is slightly comparable, but water isn’t necessarily living, as much as it is an element of earth’s atmosphere. Plants can’t “think” the way we do, and people do not “think” like plants. Thinking is tied to consciousness. Essentially, because it has been rationalized by philosophers, and scientists that plants are not conscious the way humans are conscious beings. Sam’s argument is that people need to change their perceptions about plant-human relationships. “Similar to touching the doctor stethoscope, the plant will hear you,” (Sam). Just because “we” and “them” do not have the parts does not mean plants do not react and respond to human presence. “Plants can sense chemical gradience; we [humans] are stinky animals. They can also pick up light gradations. There is something that plants have that is rather powerful. They are covered in photo receptors. While these do not operate like our [human] ocular vision, this does mean that they can detect colors of light,” (Sam).

“One thing I immediately found is that plants are constantly lying,” said Sam at the beginning of his presentation. The genesis of this project came about after a group of people from Data Garden were reading about scientists in the 1950s who had experimented with testing plants using lie detectors (click here for an interesting read on this subject). The MIDI SPROUT uses a similar concept with snap electrodes from TENS gel pads. These pads can be found when using EKG machines or electro-dermal stimulation for health products and beauty products. They are very cheap and highly conductive. They are safe for the skin and the surface of a plant leaf. Some gel pads use salt which can be caustic to the plants leaf and are far more damaging than the product listed above. The MIDI SPROUT is made with a simple circuit using a 555 timer IC which is a pulsing clock that requires 2 resistors and 1 capacitor. Sam uses 2 electrical probes and the resistance going across those two probes to measure conductivity going through the plant. This circuit measures micro-current fluctuations going through the plant and the MIDI converts those fluctuations into notes. He uses a capacitor value of an .0047uF (microfarad) to have the most rapid oscillation possible, it flashes thousands of times per second.  The final component of the MIDI SPROUT is an ATMEGA328 micro controller which is the micro controller used on a standard Arduino board. The circuit was soldered to a proto-board. During the prototyping phase, Sam tested out several different materials to use as cases to house the hardware. He experimented with various silicon casings, plastics and many trials and tribulations with 3D printing technology.  However, the final product of the MIDI SPROUT is housed in a paper (recyclable) encasement pictured in the headline image on the top of this blog.

“It gives me goose-bumps, Sam, your whole project!” quoted from Max Lawrence, artist and excited attendant at the presentation.