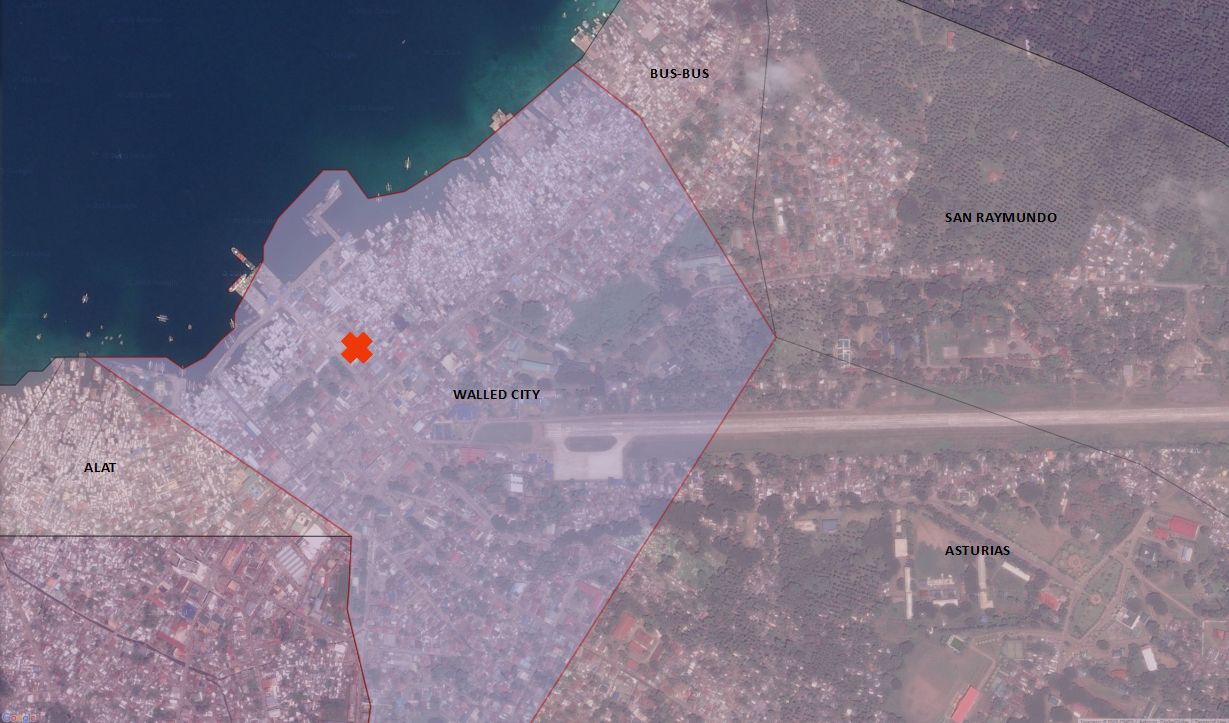 In my first blog, I geolocated attack points by the Abu Sayyaf Group (ASG) by location. Most of these occurred in the Autonomous Region in Muslim Mindanao (ARMM) but not all of them—some of them occurred in Metropolitan Manila (the Philippines’ capital), and some of them have even occurred internationally. I intentionally omitted points that did not occur in the Philippines and am narrowing down to attacks that have occurred in the ARMM. Later, however, I will take a look at the attacks that I have omitted.

The issue with the Global Terrorism Database (GTD)’s latitude and longitude values that I geolocated in the first stage was that some of these attack locations used the same latitude and longitude, even though they occurred at different times and that is not because they actually did occur in the same location. The GTD left a note near the latitude and longitude coordinates regarding coordinate/geocoding specificity. This indicates terrorist attacks occurred with a specificity ranging from 1-5, meaning the exact location to an unknown location, respectively. The coordinates cannot always be as accurate as research needs them to be, and that is a limitation among many other things[1].

The main issue is that because of these unknown exact coordinates, it can skew the analysis of methods and terrain usage of the ASG. However, for a test and micro-analysis, I looked at the island of Sulu and flipped through different classifications of modes of attack[3]. It is clear that, even from the 3D terrain modeling from my last post, the ASG typically chooses urban areas for their attacks. The ASG does not really like to stray away from arterial roads on this island (especially since it is a smaller one)—for any mode of attack; not just armed assault. The majority of attack locations that use coordinates that seem to be located further away from what appears to be a major road or urban area are really only a few hundred meters away from a major road. This helps inform me about the behavior of the ASG and the likelihood of their methods. With this in mind, I am taking note of these modes of attack and location on the ground, while collecting names of participatory leaders and members in these attacks for next semester’s network analysis portion of this project.

[1] Other limitations include satellite or high resolution aerial photos of the islands, or even a drag-drop option for Google Street View for the islands. Major arterial roads are mapped throughout the islands, but the issue is that collector and other smaller roads are either not visibly mapped or plainly do not exist because of infrastructure differences.

[2] “Barangay” is similar to that of the “barrio,” meaning village, or the smallest administrative region. There are about 42,000+ barangays in the Philippines.

[3] Modes of attack delineated by the GTD include Armed Assault, Hostage Kidnapping, Assassination, Facility/Infrastructure Attacks, and Bombing. There may be some unknown attacks but they have been omitted at this stage.