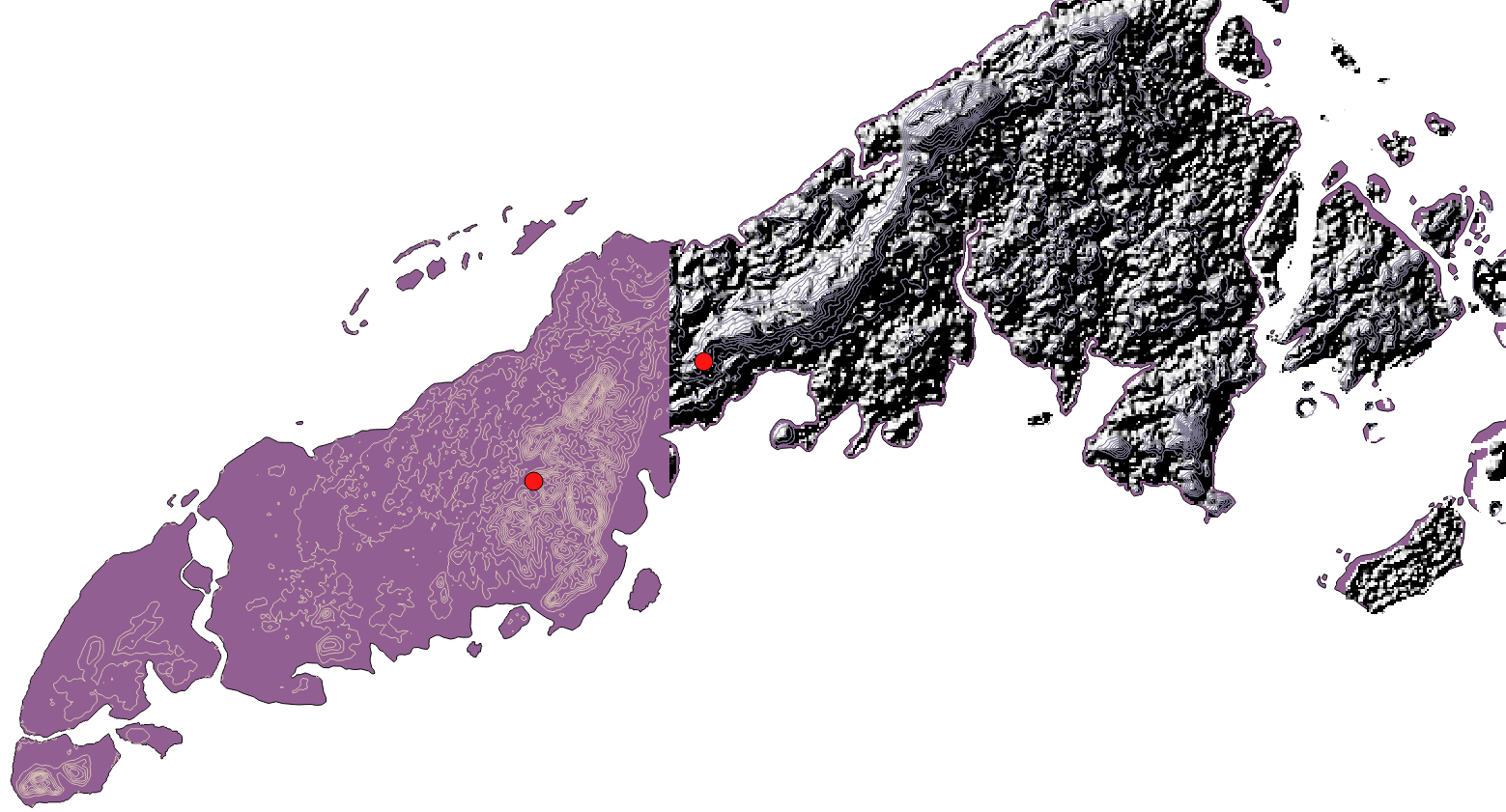 I am interested in violent non-state actors’ (VNSAs) terrorist campaigns whilst linking their mode of attack and target type with the terrain in which the incident occurs. I found inspiration for this project after reading Miles Kahler’s “Collective Action and Clandestine Networks: The Case of Al Qaeda”[1] in Spring 2014. I had decided to narrow the scope in which I work on this project-I looked at the FBI’s Most Wanted Terrorists list and decided to narrow in on a Filipino terrorist group which finds its roots in Islamic fundamentalism. Two[2] out of 28 individuals on this list is outwardly associated with the group I am researching, Abu Sayyaf. Over this semester, you can expect project developments in two areas:

Here are the beginning stages of Part 1 of my project:

What: What you’re viewing are a few of the 7,000+ islands of the Philippines in their southern region, along with geocoded locations of Abu Sayyaf terrorist attacks by x- and y- coordinates listed from the Global Terrorism Database[4]. These locations will not remain simple points, but are starting indicators of Figure 2 listed below. I am storing the dates in which they occur for a later stage in Part 1 of my project in case there are correlations between seasonal attacks, and/or patterns over the years.

Software Used: QGIS has an OpenLayers plugin and you are viewing the Philippines in Google OpenStreetMap. Also in the picture, streets and municipality shapefiles[5] are open on the screen. I plan to work more with this once I can focus on specific clusters of incidents.

What: I grabbed digital elevation model (DEM) data from the CGIAR-CSI website which is SRTM (NASA Shuttle Radar Topography Mission) data, and then will create contour lines to show elevation. This is currently what I am working on, and have exemplified the difference between contour lines and a hillshade effect from DEM for visual purposes and the content will be edited in upcoming steps of the project. I am also exploring other raster datasets that use a different type of sensor. As I move forward, I’ll be able to determine which dataset is the most effective at achieving the end goal.

Software: I have been working back and forth with QGIS and ArcGIS for this terrain. I plan to make progress by finishing the building of the contour lines, as well as look for patterns among the attacks listed by the Global Terrorism Database.

[3] There will be plenty of limitations based on the data that I use. As of September 17, 2015, I am only using one data source until I can find more and/or credible databases eligible for use, or gather enough information to add to the map.

[4] The Global Terrorism Database (GTD) remains the only credible source of information that I’m using to map the locations of these attacks.

[5] The cons of the shapefiles and DEM data that I am using is that they are outdated by a few years. I am on the quest for updated and free data files that I can use for my project, however, it is not exactly my top priority until I analyze the importance of the terrorist campaigns.