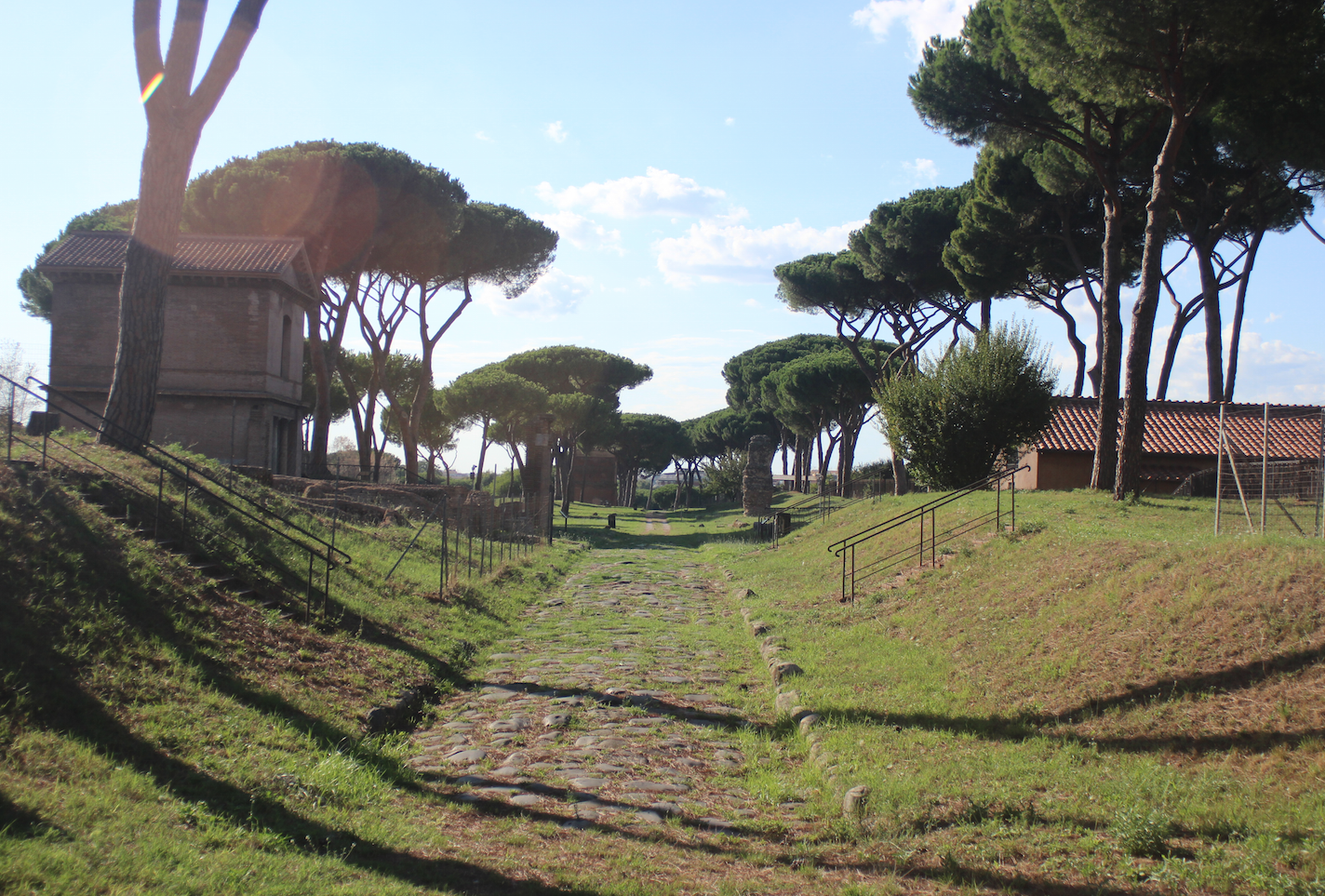 During the Fall 2015 semester, I dove headfirst into the world of network analysis. My exploration of digital tools such as Gephi, Palladio, and the web-based GIS tool CartoDB allowed me to visualize the disparate members of the late Roman Anicii family, who serve as the focus of my dissertation.

Now that it’s a new semester and a new year, I’d like to shift my gaze back to the realm of digital reconstruction. As a HASTAC scholar in 2014-2015, I created a 3D digital model of a now-lost church called St. Polyeuktos in Istanbul, which forms the basis for a chapter of my dissertation. As I continue my work on the architectural patronage of the Anicii family, I now turn from Istanbul to Rome.

Located about three miles south-southeast of Rome is a beautiful park known as the Tombe di via Latina. This collection of imperial and late Roman mausolea is famous for its remarkably well-preserved frescoes and colorful stucco decoration.

Tucked into the rear of the park stands the partially ruined brick building that was once a small church dedicated to St. Stephen. The monument dates to ca. 430 CE and was built by a noblewoman named Demetrias, who was a member of the Anicii family. Although the immediate surroundings of the monument are somewhat unremarkable today, the church of Santo Stefano was once part of a much larger residential complex.

Using Sketchup, I plan to create a digital reconstruction of Santo Stefano and a portion of the surrounding villa complex. This will allow me to visualize the ancient appearance of the site, which will, in turn, provide me with clues regarding the place of this monumental complex within the topography of late antique Rome. I’ve begun a basic reconstruction, utilizing an architectural plan published in the 1930s. Stay tuned for my progress!