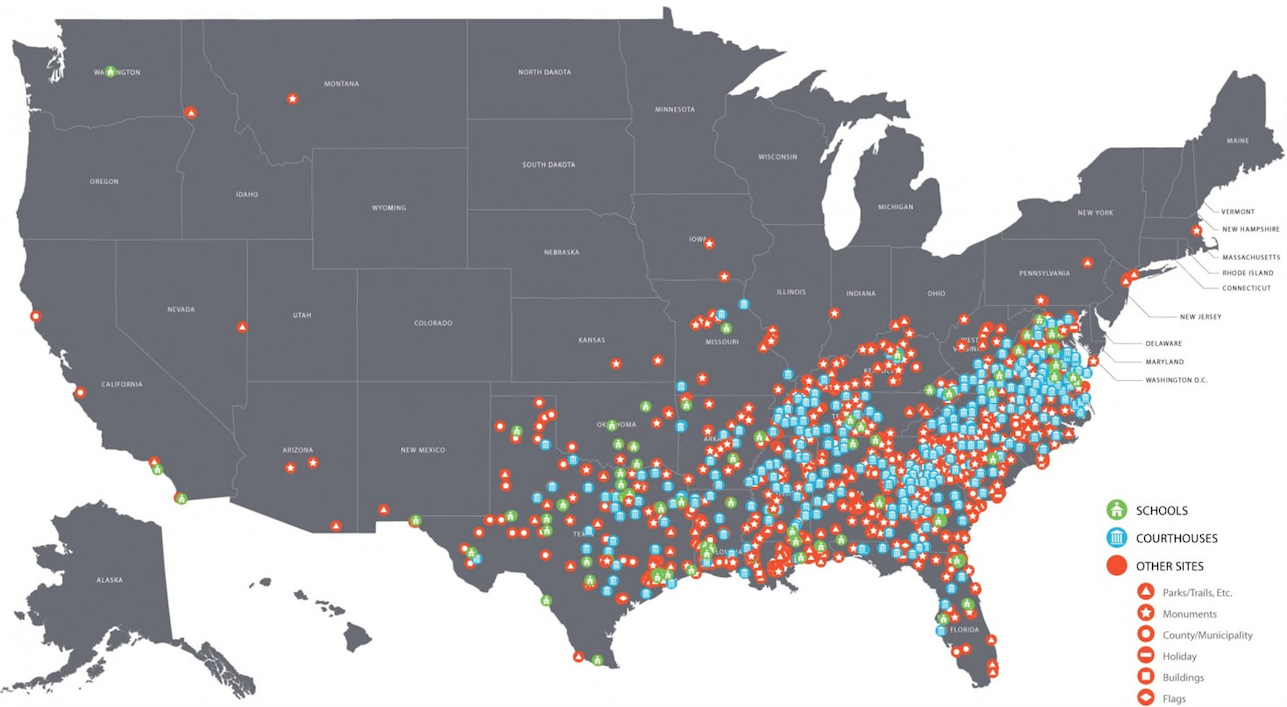 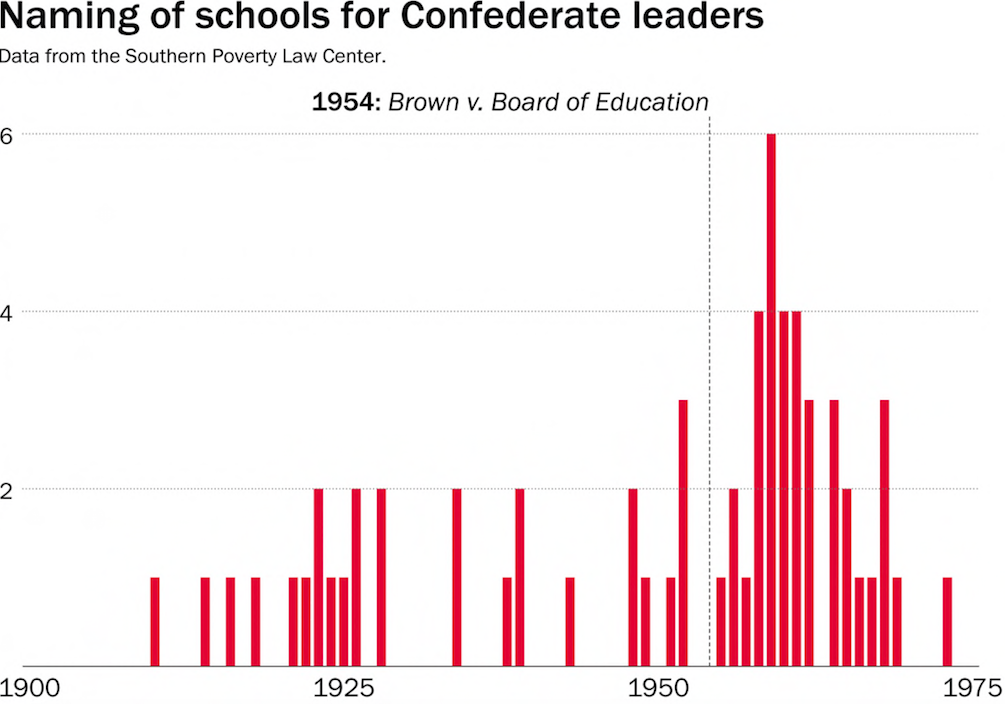 By placing SPLC data on a graph, we see that the naming of public schools after Confederate leaders exponentially increased following Brown v. the Board of Education (1954). The SPLC found that 109 public schools have been named for Confederate figures, including Robert E. Lee, Stonewall Jackson, J.E.B. Stuart, and Nathan Bedford Forrest (who committed war crimes against African American soldiers and helped to create the Ku Klux Klan). Currently, twenty-seven public schools named for Confederates have majority African American enrollments and 10 have African American enrollments over 90 percent. Similarly, the Civil Rights Movement coincided with a second wave of Confederate symbol construction. In 1963, the year of the March on Washington, fourteen Confederate memorials were dedicated. This marked the highest amount of memorials built in a single year since 1914.

Many pro-Confederate individuals argue that Confederate memorials represent pride in their ancestors and communities. Surely, these arguments should not be discarded entirely as falsehoods. However, it is not a coincidence that spikes in Confederate memorial construction followed the Civil Rights Movement. Since the late 19th century, data visualization shows a corresponding relationship between Confederate memorialization and critical moments in American history. Confederate memorials first entered into public spaces to celebrate Jim Crow, surged as public schools desegregated, and re-entered mainstream American politics as the nation’s first black President left office.

Cox, Karen. Dixie’s Daughters: The United Daughters of the Confederacy and the Preservation of Confederate Culture. Gainesville: University Press of Florida, 2003.

Janney, Caroline. Burying the Dead but Not the Past: Ladies’ Memorial Associations and the Lost Cause. Chapel Hill: The University of North Carolina Press, 2012.

Marshall, Anne. Creating a Confederate Kentucky: The Lost Cause and Civil War Memory in a Border State. Chapel Hill: The University of North Carolina Press, 2010.