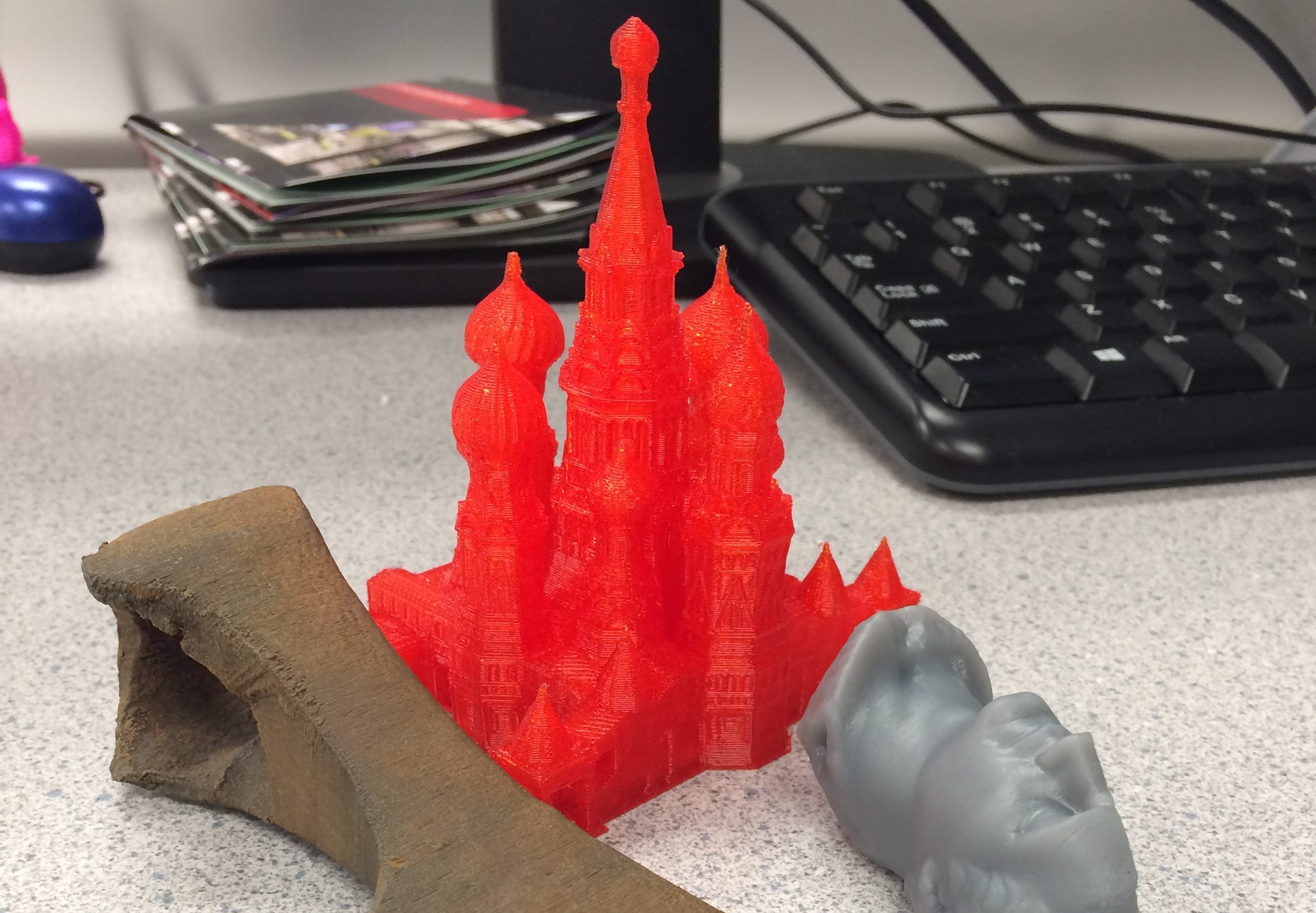 Cross-posted on my personal blog.

Over the past year, I’ve been following the use of digital tools to reconstruct destroyed or politically charged monuments. Blog posts concerning my own experiments and those of my collaborators can be found on my personal blog or the Scholars’ Lab blog. While the crowd sourced site Rekrei and artist Morehshin Allahyari have focused on how these technologies can reconstruct and preserve these monuments and their data, the Nefertiti Hack and traveling Palmyra Arch (now in New York City) indicate how ideologically charged these ‘copies’ can be. The potential to use new technology to share and preserve monuments is well attested, but there has been growing concern for its uncritical application. While discussing the ethics of digital preservation efforts in Syria, Sarah Bond noted that the decontextulization of such monuments may in fact engage in a type of digital colonialism, especially when the reconstruction process is not transparent and the data itself is not shared. Yet, another symptom of colonialism is cultural collecting; exotic artifacts and plaster casts have made up the collections of powerful western individuals and institutions for centuries. Today, however, we can capture, reconstruct, and share these monuments with increasing ease and speed as more individuals and institutions make their models available for download and 3D printing. On one hand, the accessibility of these collections is fantastic and provides new ways for scholars, students, and enthusiasts to experience and handle replicas of distant artworks. On the other hand, the isolation of these prints from the original and its context, as well as the limitation of printing size and materials, can encourage new cabinet of curiosity mentalities (more than once I’ve heard people refer to these prints as ‘toys’). Regardless where the artworks come from—on my desk alone I have an odd miniature collection consisting of a red St. Basil’s Cathedral, an iron Viking-Age axe, and a gray bust of Caesar—the accessibility of these works is changing how we encounter, engage with, and collect works of cultural heritage.

While I continue to experiment with materials and scale to enhance the value of these 3D prints as educational tools, I increasingly value opportunities to collaborate with instructors to develop authentic learning experiences and relevant assignments that prompt critical thinking about the production and consumption of this surplus of 3D cultural data. Last year, for example, I worked with a Slavic course to design a 3D printing assignment that questioned the relationship between icon and object (the instructors wrote three blog posts outlining, evaluating, and reflecting on their experiences). During the assignment, the cultural weight of one particular object—a bust of Stalin—caused controversy within the department. The bust was small, poorly printed, and made of plastic—so decontextualized from its original function and meaning that the students thought nothing of it. Nevertheless, the presentation of the model within the students’ exhibition prompted backlash due to Stalin’s atrocities. While we removed the bust at that time, the experience provided a relevant teaching moment for the students to consider not only the reproduction and interpretation of such monuments, but also how the meaning of these copies can change based on the background, experiences, and interaction of their audience.

Building on that experience, I collaborated with Nicholas Genau this past summer to design a course on cultural heritage and technology for the Curry School of Education’s Summer Enrichment Program. Our course, entitled “3D Monumental!: Preserving the Past With Technology,” was designed for high school students and was taught three times during three separate two-week sessions. The goal of the course was to introduce the students to the necessary skills to produce their own models and think critically about the context, function, and biases of their models. In addition to learning photogrammetry, basic 3D modeling, and 3D printing, the students engaged throughout the course with three “big ideas” that would help them engage critically with their own models and apply their experiences to other digital preservation and reconstruction efforts: (1) how technology helps to map, reconstruct, and share cultural heritage, (2) how technology continues to affect issues of accessibility, ownership, and experience, and (3) how technology makes preservation of cultural heritage a global/political issue. We originally intended to concentrate on the destruction of monuments in the Middle East by contributing to Rekrei, but we discovered that this project was not intuitive enough and did not have enough resources for us to meet our objectives on such a tight time-frame. As a result, the students worked within the context of our own immediate landscape, using monuments and objects located on campus for their models and applying key concerns and themes to Syrian examples. Using the students’ immediate surroundings provided an added benefit: students were able to compare more critically the real-world spatial experience with their object and their interaction with the 3D model and print of that object.

The students quickly grasped the basic theory and practice of photography and photogrammetry. We started by taking photos of objects on SEP’s campus, such as trees, cars, and wheelbarrows—whatever was in the immediate vicinity. The students’ excitement when the point clouds appeared in PhotoScan was palpable; they immediately appreciated their role in making the model, the ability to study and manipulate something familiar to them within a new context. The students also grasped the workflow easily: taking photos (using a painter’s pole for larger objects), uploading and masking photos, generating point clouds and texture, and uploading finished models onto the course Sketchfab site, where they could share their work with their families and friends back home.

The highlight of the course was a visit to the University of Virginia, where the students generated models of campus monuments and visited the Scholars’ Lab to edit and 3D print the results. Students used Meshmixer to reorient their models (or models of other artifacts they found online), fix any holes in the mesh, and generate supports. We introduced the 3D printers and talked about 3D printing King Uthal from the Mosul Museum, the Temple of Baal, and the Palmyra Arch of Triumph, all examples they studied in the classroom. Although the students couldn’t stay for the entire time their models printed, we brought in the finished prints on the final day of class to compare and discuss.

On a pedagogical level, the students engaged in critical making, experimented with new technology, shared their efforts with a broader community, and applied their new skills and knowledge to evaluate cultural heritage developments in the world. While the technology and project enhanced our course content and objectives, we were thrilled that they also contributed to the students’ positive experiences. Still, it was impossible to evaluate how critically the students approached 3D models and printing after the course. While our aim was to teach the students to consider the potentials and limitations of their models as they made them, their delight at the transformation from model to print reminded us how effectively 3D printing engages viewers, especially when watching one’s own creation come to life. We’d like to think, however, that introducing the issues and encouraging personal experimentation will empower these future students and scholars to continue questioning how technology affects the world around them. Moving forward, Nicholas looks forward to developing similar courses for university students, thinking critically himself about how he can better evaluate the projects and improve the students’ own engagement with the course material.

Whether we can compare the act of choosing, constructing, and printing a 3D model of Thomas Jefferson to the similar process of printing a miniature bust of Stalin or the Palmyra Arch is debatable (and involves a deeper political argument). Nonetheless, the new speed, ease, and accessibility of 3D printed reproductions has serious implications for scholars and instructors. As 3D printing becomes cheaper, faster, and more ubiquitous, the conversation will need to shift from if or how we can 3D print cultural objects to why would we want to.