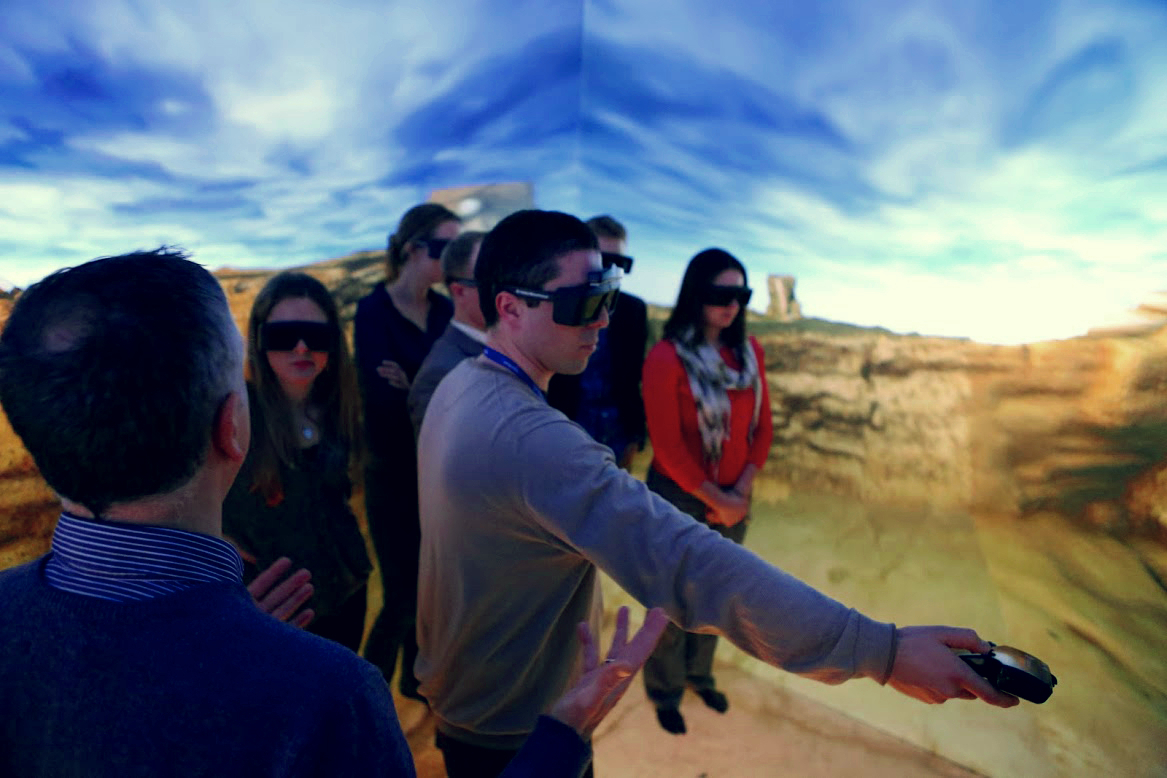 Last week, I was at the Renaissance Society of America (RSA) 2016 meeting in Boston. For a few years now, this interdisciplinary conference has included sessions on digital humanities with presentations by scholars from art history, history, literature, and other disciplines. This year’s DH sessions included themes such as textual analysis, digital reconstructions, virtual reality, image and data acquisition, as well as tools for dealing with large image collections.

In this first post, I will discuss two sessions, titled “Digital Humanities for Cultural Heritage,” which focused on architectural reconstructions and virtual realities. The first one, specifically the presentations by Cristina Guarnieri and Nicola Orio, concentrated on the church of the Eremitani in Padua. The thirteenth-century church was severely damaged during the World War II, and groups at the Università degli Studi di Padova and the Università Iuav di Venezia worked in collaboration with the Wired! Lab at Duke University to digitally reconstruct the church, showing its entire architectural history, as well as decoration. The digital reconstruction followed a complete laser scan of the present church, reconstructed following the damage caused by war. An interesting part of the project, which can be seen in full in the video below, is the digitization of the artworks (mostly destroyed but known from photographs) inside the church, with a complete digital reconstruction of the space depicted. Through augmented reality, users can utilize their smartphones and tablets to see three-dimensional digital reconstructions of the two-dimensional paintings.

In the second session, among other papers, Regis Kopper, the director of the Duke immersive Virtual Environment (DiVE), presented on the use and importance of virtual reality in enhancing our engagement with cultural heritage sites. The DiVE is a CAVE-like system, an environment consisting of six walls (four side walls plus ceiling and floor) that serve as screens for display, creating a fully immersive experience for users. While stereo glasses provide depth perception, a handheld control that allows for navigation and the manipulation of objects. As Kopper explained, the main goals of virtual reality include: preservation, often during destructive processes, such as excavations; interpretation and better understanding of environments; remote exploration; reconstruction, including of hypothetical scenarios; education about cultural heritage; and public outreach. One of the main projects at the DiVE, which Kopper addressed in his presentation, is a collaboration with Duke’s Dig@Lab. Kopper addressed the use of photogrammetry and laser scanning to capture images of archaeological sites. Following this, virtual reality allows for reconstructions of the stratigraphy of the site, with which students and faculty can then engage in the DiVE, virtually digging. Currently, one of their main projects is connected to the archaeological site of Çatalhöyük in Turkey. The DiVE allows students and faculty to engage with an interactive excavation site as part of their classroom experience. In the video below, Duke professor Maurizio Forte, founder and director of Dig@Lab, discusses the importance of their project:

In my next post, I will address two other sessions at RSA, which concentrated on mapping and image databases & analysis. Stay tuned!