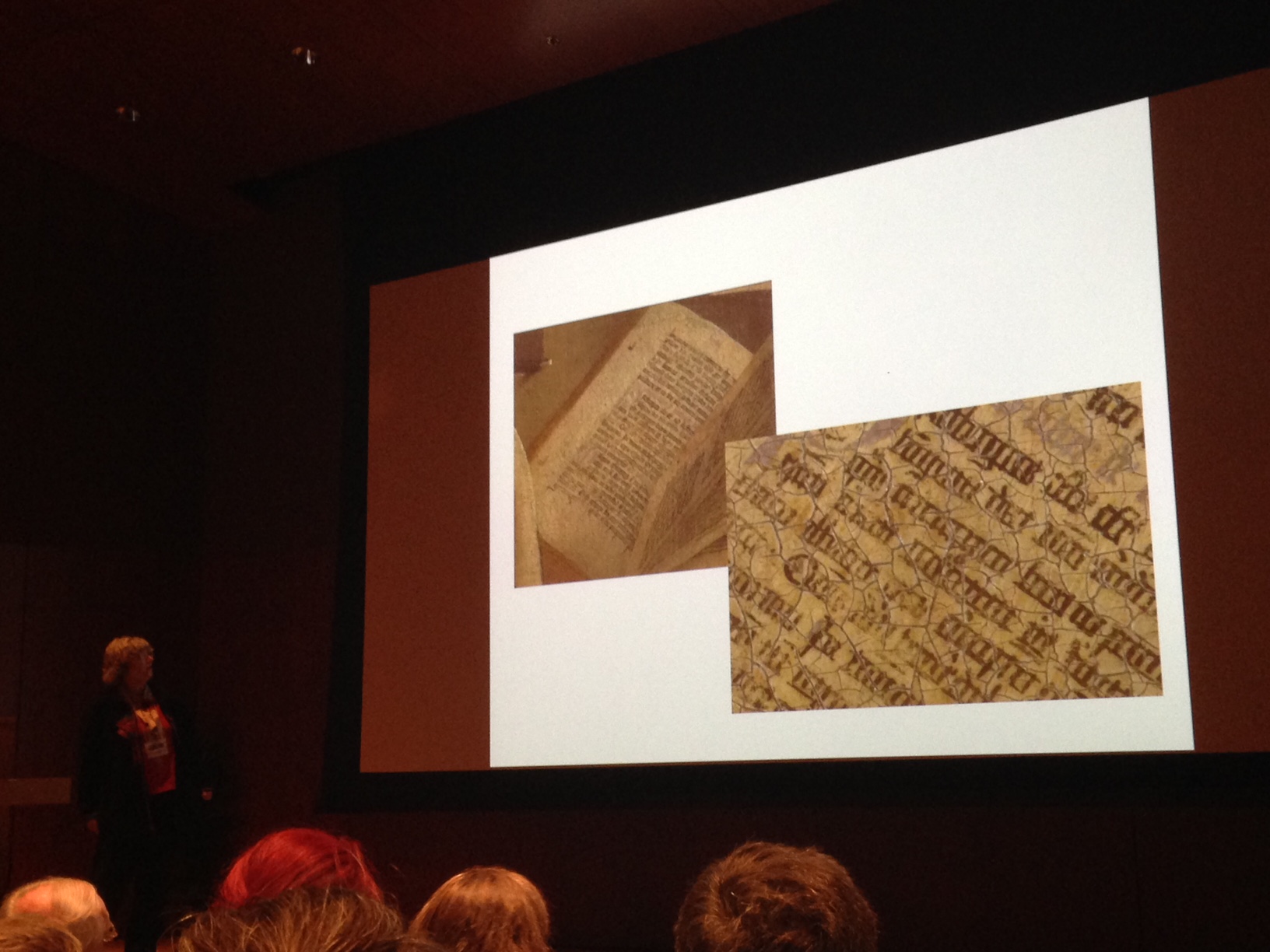 On February 22, I was fortunate to attend a one-day symposium on digital art history at Duke University’s Nasher Museum of Art. The symposium, titled “Apps, Maps & Models,” was organized by Duke’s Wired! Group, an interdisciplinary consortium of faculty, staff, post-docs, graduate, and undergraduate students who are interested in the application of digital tools and methodologies to traditional art historical questions. Divided into a morning and an afternoon session, ten scholars from American and European research institutions presented papers ranging from mapping, photogrammetry, and online databases, to digital architectural reconstructions, coding for art conservators, and museum education.

The highlight of the morning session was Professor Pamela Fletcher of Bowdoin College and her paper, “Digital Art History: Where do we come from? What are we? Where are we going?” In her opening talk, whose title refers to the canonical post-Impressionist painting by Paul Gauguin, Professor Fletcher discussed the past, present, and future of digital art history and suggested that although new and exciting digital tools can propel art history into the twenty-first century, it is art history that can ground and ultimately humanize the digital, which all too often can be conceived of as remote and distant. She also touched on the importance of professional organizations, including the College Art Association (CAA) and the Society for Architectural Historians (SAH), in the creation of guidelines for the evaluation of digital projects for hiring, tenure, and promotion.

During the afternoon session, there were several fascinating papers, including one titled, “Modeling Architecture and Uncertainty in Renaissance Florence: The Digital Reconstructions of Santa Chiara and San Pier Maggiore,” by Dr. Donal Cooper of Cambridge University. In his talk, Dr. Cooper discussed the digitally reconstructed model of Florence’s church of San Pier Maggiore, which was dismantled in 1783, as a result of a partial collapse. The reconstruction, which is explained in the video at the top of this post, is included in “Visions of Paradise: Botticini’s Palmieri Altarpiece,” an exhibition currently on view at the National Gallery in London. Through a combination of on-site observation, which involved knocking on doors of local Florentine residents, the consultation of 17th-century drawings and prints, and the latest in photogrammetric imaging, Dr. Cooper and his team were able to reconstruct the lost monument (Cooper and Sliwka, 2015).

Another highlight from the afternoon was a paper by Ingrid Daubechies, James B. Duke Professor of Mathematics and Professor of Electrical and Computer Engineering at Duke University. In her talk, “Mathematics Helping Art Historians and Art Conservators,” Professor Daubechies discussed the ways in which she and her STEM students have worked with art historians and conservators who are interested in various ways to digitally enhance, restore, or reconstruct art objects like paintings. In the Getty Foundation’s recent restoration of Jan van Eyck’s famous “Ghent Altarpiece,” Professor Daubechies and her team were able to write a computer code that could remove, digitally, cracks in the surface of the “Ghent Altarpiece,” a 15th-century work by Jan van Eyck, which allowed art historians to read the painted manuscript pages for the first time (Pižurica, et al, 2015).

Additionally, they wrote a code that could remove, digitally, the wooden framing supports called cradles from x-rays of the celebrated painting. As a result of this project, Daubechies and her team created a piece of software called Platypus, which is freely available to art historians who wish to remove cradles from their digital images.

For anyone who is interested, Duke has uploaded videos of each of the day’s talks, which are available by clicking here.