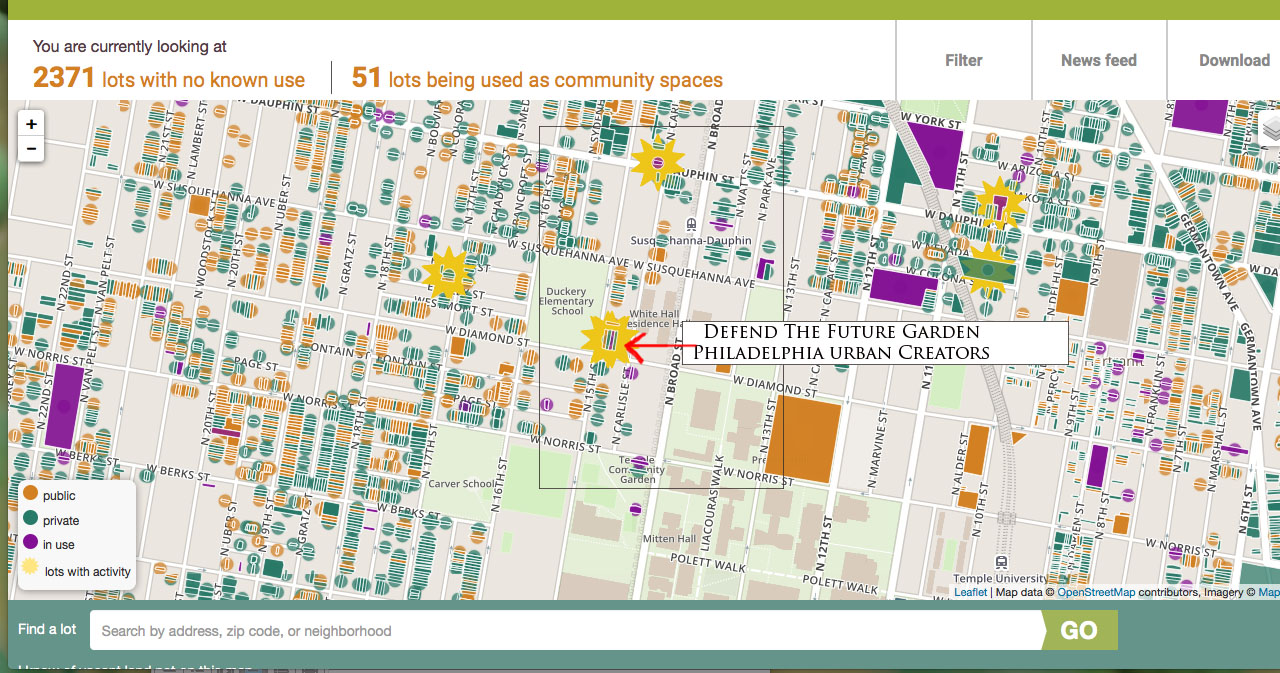 To continue the last If Gardens Could Talk post,  lets look at a brief history of the neighborhood, as well as a few current GIS visualizations. Located on Diamond Street, the Defend The Future Garden exists on a historical block that used to be known for being one of the wealthiest blocks in the city. This is no longer the case, but one can look at the aged architecture and see the remnants of its past. The surrounding neighborhood has undergone serious shifts since the 1964 Columbia Avenue Riots, and is now undergoing gentrification. My research is not focused on the politics of gentrification, land use, urban planning or the history of Philadelphia, but a basic summary is necessary to give context to the space.

The screenshot shown above comes from a website called Grounded In Philly and the image reveals that nearly 2,400 lots in this image alone are vacant. Grounded In Philly is a great resource that seeks to make vacant land space available to communities in Philadelphia. The mapping data from this website is sourced from Philadelphia’s Records Department, City Planning Commission, the Water Department, Licenses and Inspections and OPA API. A vacant lot is susceptible to increased crime rates, drugs and other violent activity. According to the National Garden Association, “gardens reduce crime, increase citizen involvement, increase property values, empower residents to build stronger ties to their neighborhoods, and provide nutritious food in areas where it may not be readily available.” The presence of a garden is a positive and political act. It is the beginning of change in a space that previously was underutilized.

There are over 40,000 vacant lots in Philadelphia, and the Defend The Future Garden is not one of them. This is about a success story. This lot is in close proximity to an elementary school, basketball court, a bookstore, a fraternity, a bike shop, several corner stores and residential houses from both transient Temple students and a large African American community with deep historical roots. The garden has a partnership with the elementary school and is working to give teachers access to use the garden as an outdoor classroom for their students.

Stay tuned for the next If Gardens Could Talk post which will dig into the technology of arduinos (the garden’s future brain) and the growing DIY maker movement. 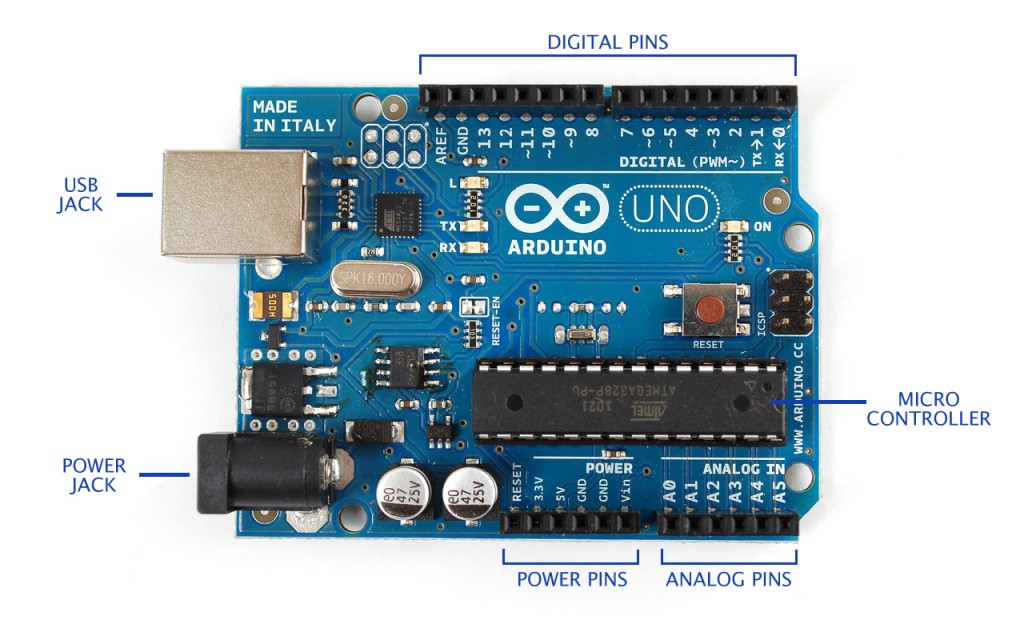