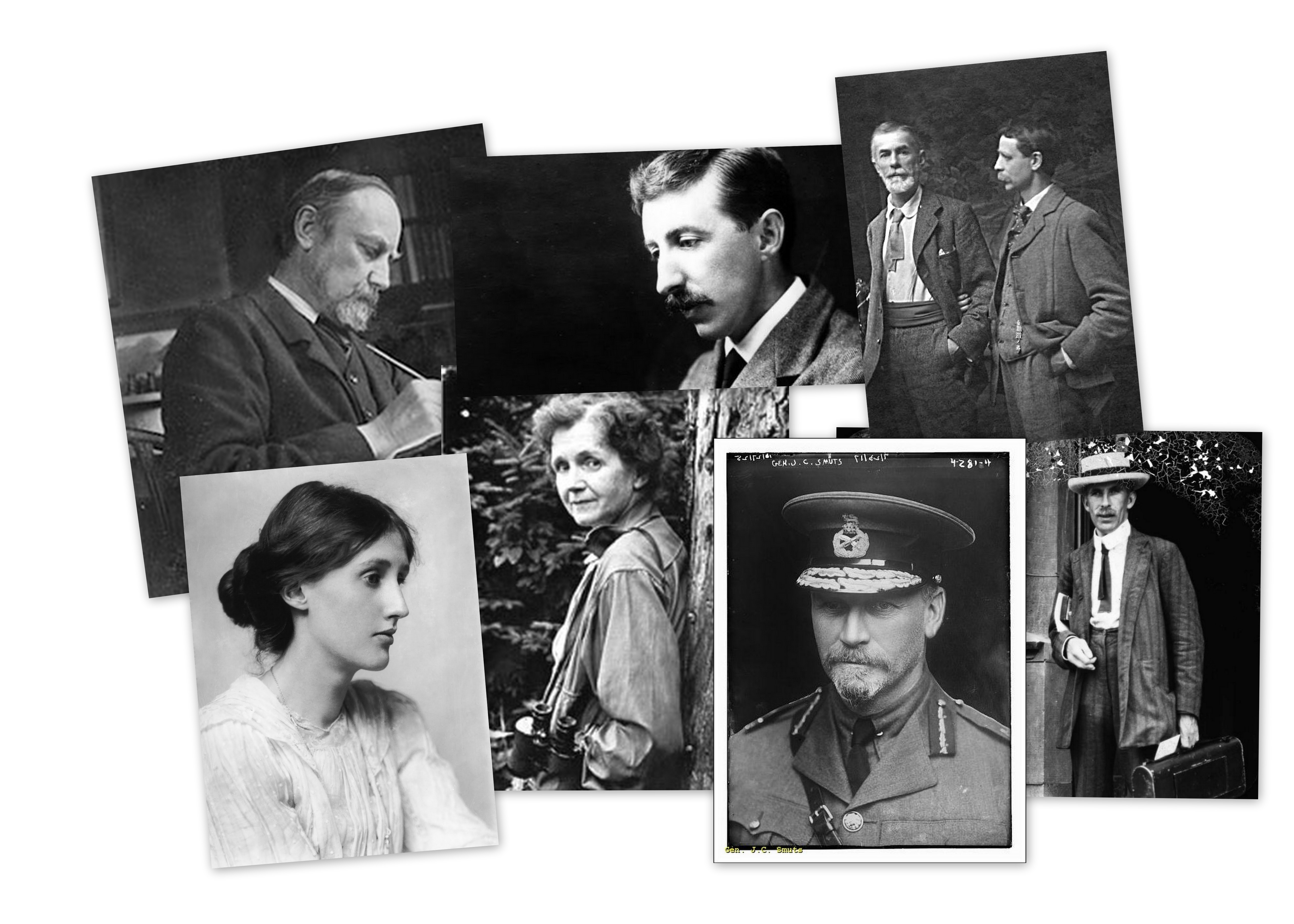 (Posted on behalf of Ted Howell)

As a HASTAC scholar this semester, I’m working on a network visualization project under the title “Linking Literary Ecology, 1859-1962.” In short, I’m mapping social, ideological, and textual connections between early ecologists and late Victorian and modernist writers. Life-science at the turn of the century was dominated by a debate between two positions (roughly): mechanism and holism/vitalism. It was during this period that ecology emerged as a unique discipline, and what I’m working to establish are the connections between life-scientists (ecologist, especially), literary authors, and the various other thinkers—philosophers, social activists—who popularized and wrote about scientific and/or literary issues. My ultimate goal is to demonstrate the strong presence in the late-nineteenth and early-twentieth centuries of ecological thinking, as well as its diversity and its relevance to literary history. 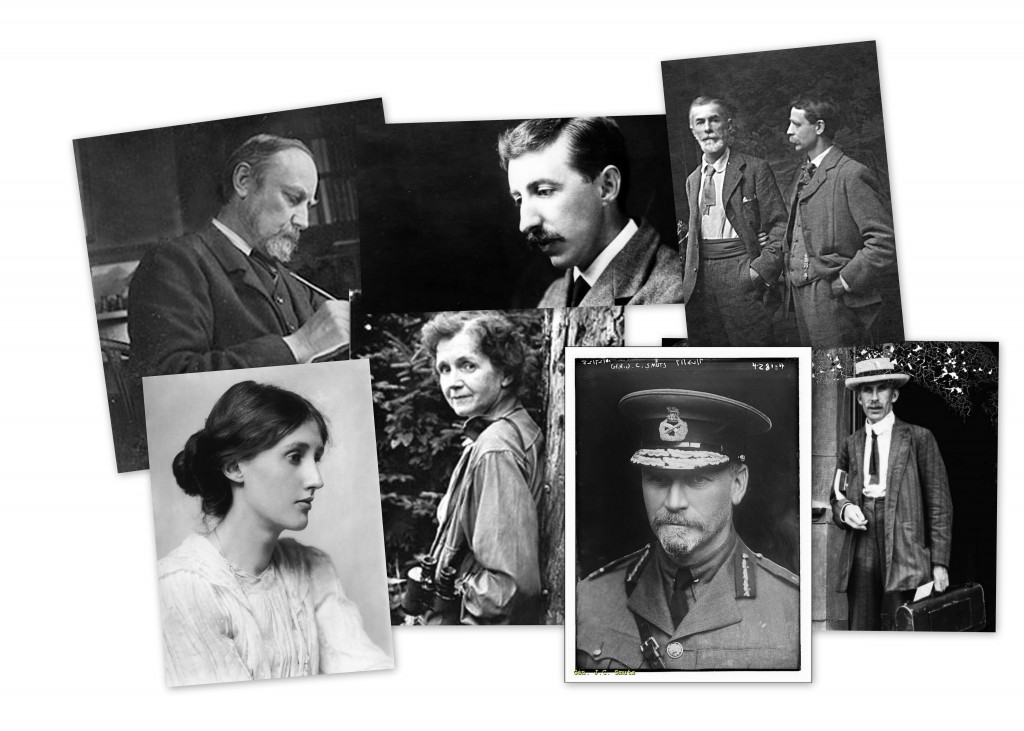 The seven figures pictured above represent a nice cross-section of the type of shared intellectual concerns that my project seeks to map. Here’s a too-brief intro to each that should give you a sense of where the project is going.

Top center: E.M. Forster, English novelist, critic, and broadcaster. Advocate of rural conservation and, at one point in his long life, a devotee of the figure to his right, Edward Carpenter.

Top right: Edward Carpenter, social reformer and author. His Wikipedia page claims him as an LGBT rights activist, and while it’s an anachronism it’s not a stretch. The list of figures he influenced is vast, in part because the number of writers and intellectuals who made pilgrimages to the household he kept in the North of England with his lover, George Merrill, who’s pictured to Carpenter’s right.

Bottom right: Arthur Tansley and then, to his left, J.C. Smuts. Tansley is the foremost ecologist of the early twentieth century; he coined the term “ecosystem” to counter the holistic philosophy of Smuts, an Englishman who became a general in South Africa and lived a long and controversial life as a politician and philosopher.

Bottom center-left: Rachel Carson, author of Silent Spring, which relied heavily upon and popularized Tansley’s ecosystem concept. With its publication and the subsequent galvanization of the environmental movement, ecology went public.

Bottom-left: Virginia Woolf needs little introduction, but her interaction with ecological thinking might. Fortunately, there’s a book on the topic: Christina Alt’s Virginia Woolf and the Study of Nature, which argues that Woolf’s writing is focused on the “living organism in its own environment” and connects her work to a host of fin de siècle scientists. One of the key initial goals of my project is to build upon the interdisciplinary work of scholars like Alt, and to combine books such as hers with larger histories of science or or intellectual genealogies.