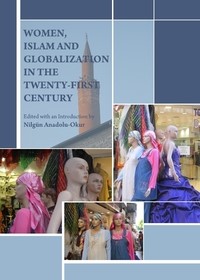 Women, Islam and Globalization in the Twenty-First Century

This interdisciplinary volume aims to communicate a constructive analysis of Muslim identity, but primarily of Muslim womanhood in the twenty-first century. Introductory essay discusses Turkish women’s historical emancipation and Mustafa Kemal Atatürk’s reforms. The other contributors focus on civil, political and international human rights, family laws, honor killings, ethical and gender issues, education, participation in civil life, modernism versus conservatism, life in gated communities, and professional goals and rights of Muslim women under Shari’a law throughout a wide range of countries where Islam is not only the established faith of the land but a principal way of life. Through seven interdisciplinary essays, one play and an interview, the lesser-known aspects of Muslim womanhood in Muslim countries—including Iran, Pakistan, Turkey, Morocco, Saudi Arabia and Lebanon—are examined in great length. Additionally the essays depict legal and social impediments faced by Muslims who live in France, Germany and the United States.

“As an original work this volume seeks to articulate Muslim women’s daily struggles, challenges, choices and needs as they practice their rights of womanhood and motherhood in the second decade of the twenty-first century. Through an accurate analysis, a positive subtext is ultimately provided to Muslim identity, specifically to Muslim womanhood. Like anything else, during the age of globalization Islam is going through a transition. As expressed in this study, amendments to civil and religious laws, modifications in established governmental systems and the prominence of individual rights—as opposed to societal norms—coalesce to bring about a contemporary re-assessment of women’s rights within Islam globally. Additionally, this volume intends to articulate the concern commonly shared by various scholars that the Western mind needs to be illuminated and educated concerning racially motivated Eurocentric delineations which tend to dismiss the varied qualities and characteristics of Muslim women who have persevered for centuries under the unbending rule of Muslim men in power. Hence, this pioneering study explores the boundaries of the new female Muslim identity both within and outside the Muslim world at the crossroads of globalism and the twenty-first century.”

The Black Arts Movement was sparked by the Civil Rights movement and the urge to produce and revitalize functional, realistic, and holistic symbols to express African American creativity. When Larry Neal began his quest for a new dramatic form to epitomize African American self-determination he laid the foundation upon which his friends and co-patriots – Amiri Baraka and Charles Fuller – would build. Expressing their individual protests through their writings, these artists soon united in their attack against Eurocentrism, which traditionally minimized or neglected the roles played by Africans and African Americans on the world stage. Their writings signaled a radical change in the form and content of African American writing, particularly drama. 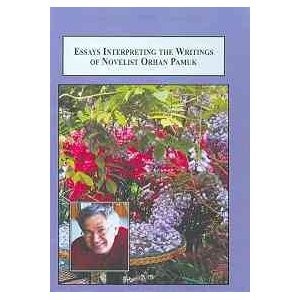 Essays Interpreting the Writings of Novelist Orhan Pamuk: The Turkish Winner of the Nobel Prize in Literature
This work provides extensive critical analysis of Orhan Pamuk’s work. The contributors establish Pamuk as a universal author whose contributions to the genre of novel have not only enriched our understanding of modern Turkish literature, but have generated discussions on national identity.

“The volume deserves praise not only for its judicious readings of the texts, but also for initiating a sophisticated appraisal of Pamuk in the English- speaking world.” –Prof. Jale Parla, Bilgi University