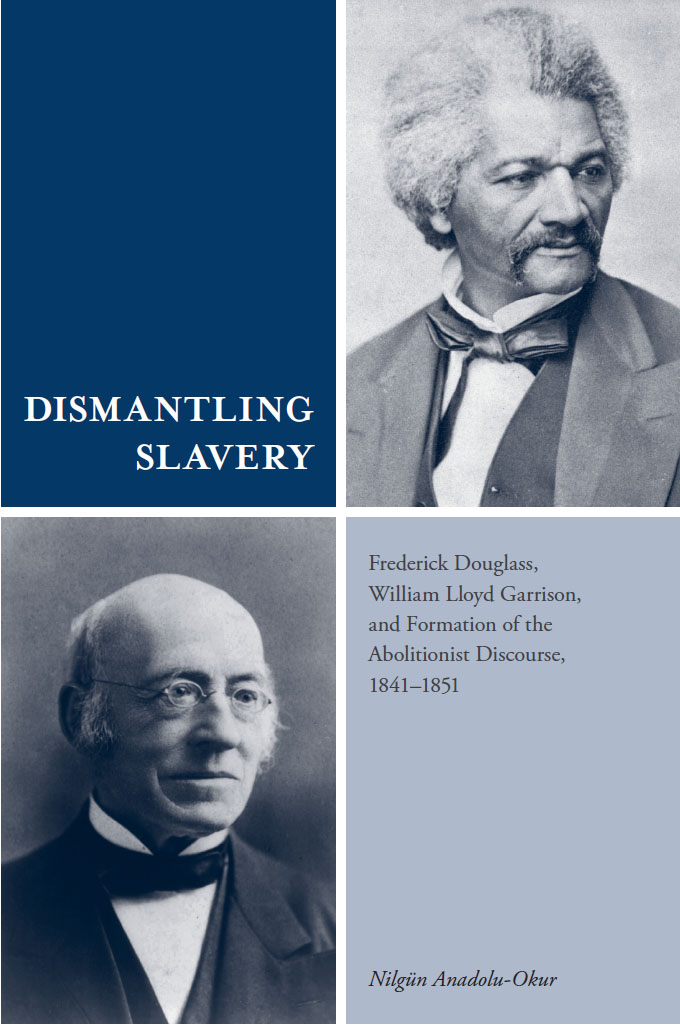 “…In 1841, William Lloyd Garrison and Frederick Douglass formed a partnership that would last a decade and forever change the abolitionist movement. Throughout the stages of their extraordinary alliance, anti-slavery mobilization was accelerated, reaching its height between 1841 and 1851. Centering their arguments on emancipation, women’s equality, and suffrage, the two men worked tirelessly to publicize and recruit for their cause. Their work initiated a new discourse of social reform and critique, positioning the abolition of slavery at the center of progressive social concerns throughout the first half of the nineteenth century.
Dismantling Slavery is the first book to address the partnership between two giants of abolition—Douglass and Garrison—simultaneously. While underscoring the evolution of abolitionist discourse, Dismantling Slavery unveils the true nature of the friendship between Douglass and Garrison, a key ingredient often overlooked by scholars. Drawing on the writings, speeches, and experiences that shaped the two as abolitionists, Nilgün Anadolu-Okur’s groundbreaking study is one account of the ways in which abolitionist discourse was shaped and put to the purposes of moral and democratic reforms. In addition to turning a close eye on the relationship between Douglass and Garrison, Anadolu-Okur also details significant developments that occurred in tandem among other abolitionists and activists of the era, making for a compelling account of this pivotal decade in American history, up until the dissolution of Garrison and Douglass’s partnership.
Dismantling Slavery represents a significant interdisciplinary contribution to the study of abolitionist discourse and will appeal to a wide range of nineteenth-century scholars.”

The University of Tennessee Press