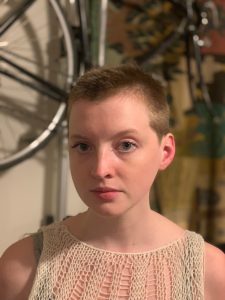 Marilla Cubberley is a MFA candidate in the Department of Fibers and Material at Tyler School of art.  She received her B.A. from Hampshire College in 2014 where she studied sculpture and modern dance composition. Marilla’s art practice investigates process and speculation. She uses knitting, sewing, glueing, molding and welding to make art objects. Her research includes reading science fiction, bike rides and collecting found materials.  Marilla is currently an extern at the Scholars studio where she is creating a digital archive of 3D models of her objects, so they can be downloaded via an open source platform. She is incorporating 3D scanning and modeling into her artistic practice. The addition of these digital techniques to her practices has expanded how she makes and how she thinks about the art object. 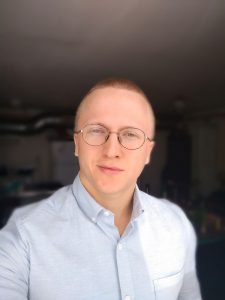 Eugene Kukshinov is a Ph.D. student in Media & Communication. His research area is media psychology, which includes concepts of immersion, presence, media identity, and hegemony as a side area related to the political culture in Russia. His past research focused on diverse immersive experiences in video games, news, VR, and other media. At the Scholars Studio, he is developing virtual environments (VEs) via Unity3D both as treatment and measure of the sense of presence. As a treatment, he is designing a preamble or a virtual replica of the VR studio at the Library to manipulate its features in order to test its effect on the sense of presence in VR. At the same time, he is developing a set of VEs (or maybe even an app) to measure presence behaviorally by observing how VR users react to the VEs, which is still an evolving area in the presence scholarship. For these reasons, he is advancing his skills in 3D modeling, coding, and expanding knowledge on the existing VR research. 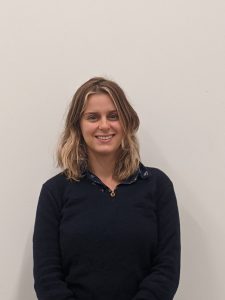 Elysia Petras is a PhD student in the Department of Anthropology specializing in historical Archaeology. She received her B.A. from Bard College in 2010 and continued her post-graduate training at UPenn. Elysia’s doctoral research investigates the formation of Afro-Anguillan identity, and the social networks of enslaved laborers at the Hughes Estate, an 18th-19th century sugar plantation in Anguilla, BWI. As an extern at the scholars studio, her project focuses on the applications of digital humanities techniques such as web hosting, and 3D modeling of sites via photogrammetry for purposes of site preservation, research accessibility and community engagement. She is interested in the potential of digital heritage websites to be dynamic, engaging, decolonized spaces inviting multivocality in knowledge production. 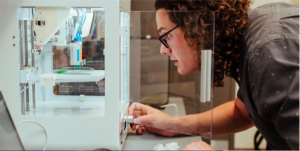 Kyle Schwab is a graduate student at Temple University in the department of bioengineering. His current educational focus is on the development of 3D printing technologies to fabricate biological tissue structures. He teaches Fundamentals of Additive Manufacturing/3D Printing at the Community College of Philadelphia. In his spare time, he operates a 3D printing business from his home, where he designs and fabricates wearable 3D printed masks and accessories imbedded with addressable LEDs and microcontrollers. He also uses high- temperature 3D printing filaments to make molds that are then used by a local chocolatier to create custom chocolate designs. Kyle  considers himself fortunate to have found his passion in life, and is even luckier that 3D printing can be applied to both artistic and engineering design. 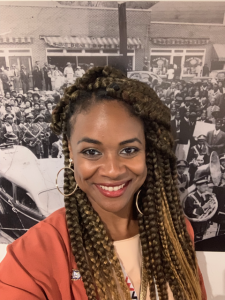 Synatra Smith earned her Ph.D. in Global and Sociocultural Studies with a concentration in Anthropology from Florida International University. Her research focuses on the creation, perpetuation, and transformation of the socio-political intersectional Black cultural landscape with special attention to the ways in which virtual and physical space are used as environments to conceptually and practically transform Black identification processes as well as the material culture that contributes to this phenomenon. She has been working in the galleries, libraries, archives, and museums (GLAM) field for the past five years, officially in museum education but she’s also curated, worked in collections, managed an outreach initiative, etc. In her current position with Temple and PMA, she is exploring the myriad ways in which Black artists and scholars in Philadelphia reimagine and conceptualize their communities. She is going to be working on capturing a broad spectrum of materials, from murals, zines/comics, posters, fashion/cosplay/textiles, and performance art, to 3 dimensional models of sculptures and monuments and using linked data and mapping tools for data visualization. Outside of this fellowship, She’s working on a multi-chapter report to historically contextualize the use of racially restrictive deed covenants in Hyattsville, Maryland as a federally-sanctioned method of residential segregation during the first half of the twentieth century. And as a true millennial, she not only has a full time fellowship and an external research project, she also works with a childhood friend and his fraternity brother on a Black culture trivia mobile app called Trivia Black. Synatra recently started brainstorming ways to integrate a gaming experience into this project potentially through virtual reality and/or augmented reality to create a more interactive digital exhibition model. 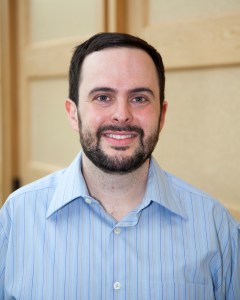 Todd Schifeling is an assistant professor in the Strategic Management Department at Temple University’s Fox School of Business. He completed his PhD in sociology and an interdisciplinary postdoctoral fellowship at the Ross School of Business at the University of Michigan. He studies how organizational and political contexts shape innovation and market dynamics. Most of this research concerns the incorporation of social and environmental concerns into markets, with projects on employment during recessions, the contentious marketing of natural products, the rise of alternative organizational forms like B Corporations, news discussion of financial risks from climate change, energy reform efforts within organizations, social movement effects on coal plant retirements, and community effects on the development of innovative authenticity-based businesses like gourmet food trucks. Methodologically, he aims to develop big data tools for organizational research,  utilizing interviews, surveys, and historical archives. His research has been published in the American Journal of Sociology, Organization Science, and Organization & Environment, received best paper awards from the American Sociology Association, Academy of Management, and the Group for Research on Organizations and the Natural Environment (GRONEN), and been featured in media outlets such as National Geographic, Boston Globe, and the Harvard Business Review. 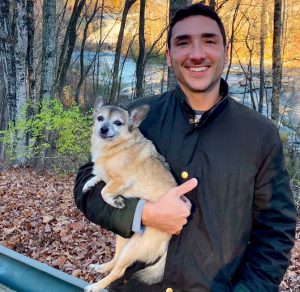 Damien Stankiewicz is Associate Professor in the Dept. of Anthropology at Temple University, as well as an affiliate of the Global Studies Program. His first book, Europe Un-Imagined: Nation and Culture at a French-German Television Channel (2017) examines cultural dynamics at the transborder, French-German television station ARTE. His current research weaves together traditional, offline fieldwork with digital ethnography, focusing on supporters of the far-right in France to understand the changing nature of offline versus online political participation. 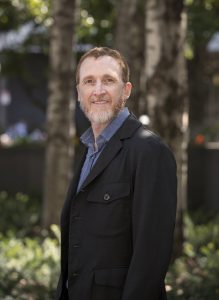 W. Geoffrey Wright is Associate Professor and Director of the Neuromotor Sciences Program in the College of Public Health at Temple University. He has a BS in Aerospace Engineering and mathematics, a masters in Experimental Psychology, and a PhD in Cognitive Neuroscience. He has been working with virtual reality technology for 25 years and teaching in a physical therapy program for over a decade, both of which have shaped his approach to research. His lab is developing novel applications for assessment and treatment of individuals by incorporating the principles underlying spatial perception, balance, locomotion, and sensorimotor processing. His current research focuses on postural and oculomotor deficits in traumatic brain injury, Parkinson’s Disease, and older adults at fall-risk.