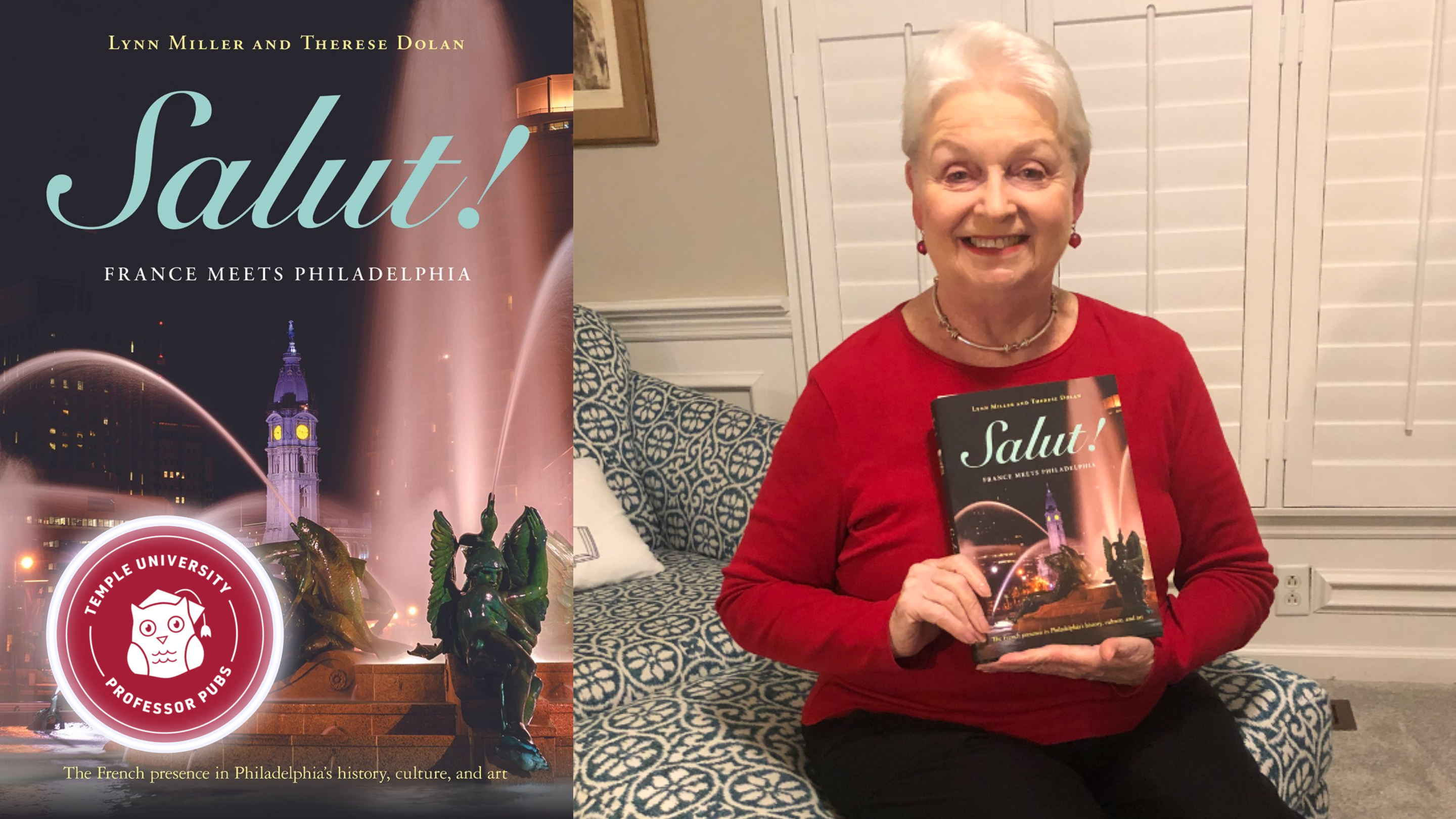 Although England is the first country that comes to mind when thinking about U.S. colonial history, Philadelphia has a strong undercurrent of Parisian influence running throughout its streets. From the second-largest Rodin museum in the world to the amazing French restaurants in its French Quarter, an official designated area of the city, Philadelphia is an oasis for the mixing of cultures.

Think about how the Champs-Élysées inspired Philadelphia’s Benjamin Franklin Parkway. Not far from there, the Barnes Foundation has more paintings by French artists Renoir and Cézanne than any museum in France.

To highlight this pervasive French influence, Temple co-authors Art History Professor Emerita Therese Dolan and Political Science Professor Emeritus Lynn Miller recently published their book, Salut! France Meets Philadelphia. Knowing that Dolan specialized in American art and 19th-century French art, music and literature, Miller invited her to collaborate with him on a book dedicated to the Alliance Française de Philadelphie, where they are both board members.

The resulting work incorporates the perspectives of these two Francophiles, both of whom have lived in Europe before—Dolan in Rome and Miller in Geneva—to convey the importance of understanding the international backgrounds of people and places.

“When reading the book, what people are fascinated with is the strong intervention of the French in Philadelphia and how it has continued through the 20th century,” Dolan said.

In December 2020, the Athenaeum of Philadelphia, a special collections library and museum, invited Dolan and Miller to speak. Though virtual, the talk drew the largest crowd the Athenaeum ever had, with more than 300 attendees. A few months later in April 2021, they received a call from the Athenaeum informing them that they won the Art and Architecture Literary Award.

While Dolan focused on art history and Miller on history and architecture, the two co-wrote many chapters together. Between researching, writing, editing and publishing, the process took about five years before the book was published in December 2020.

“I had to do a tremendous amount of research on American art,” Dolan said. “When I research an artist, I want to read all their books and secondary literature, so that took me a while.”

The book remains close to Dolan’s heart. “Not only the intellectual, but also the cultural aspects of the French culture in Philadelphia have impacted our lives in a very positive way,” she said.