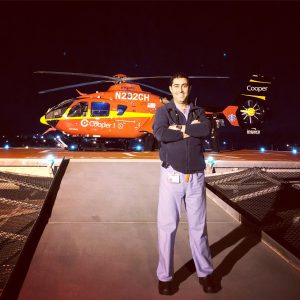 I was born in Tehran, Iran and moved to the United States in 1996.  I attended High School at Conwell-Egan Catholic High School in Fairless Hills, Pennsylvania.  I earned my Bachelor of Science degree in Chemistry at Temple University and graduated with a Minor in Business Administration in 2007.  I then attended the Philadelphia College of Osteopathic Medicine (PCOM) and graduated with an M.Sc. in Biomedical Sciences in 2009. I was President of my class at PCOM.  I resumed my medical studies at Curacao in the Caribbean Islands to obtain my M.D. degree.

I also worked as the Operations Coordinator and Assistant Manager at Teletronics Technology Corp. in Newtown Pennsylvania from 2001 to 2008. During that time, I implemented many new technologies into the company including a new assembly department with a High-Speed SMT assembly line.

My interest is Immunology and Oncology. With the Borguet group, I was doing research with antibody immobilization and detection on Carbon-Based surfaces.

After completing his research project with the Borguet group, Roozbeh Ghavami resumed his medical studies at Curacao in the Caribbean Islands, where he completed his course work before moving to the US to do residency rounds. He has now finished residency in internal medicine and currently is an attending physician in internal medicine and critical care at Capital Health System in New Jersey.

Roozbeh has played an irreplaceable role in the group and we are very happy he is getting to do what he always wanted and wish him great success.