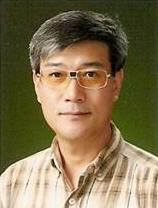 Dr. Youn-Geun Kim, a world-class expert in scanning tunneling microscopy, has joined the Borguet group as a Research Assistant Professor.  He led the scanning probe microscopy team in the investigation of electrochemical reactions at the single molecule level, as well as the single molecular conductivity project.  He also helped develop new research directions and partnerships.

Dr. Kim has over 50 publications in the peer reviewed literature, has co-edited a book, and has written 6 book chapters. Furthermore, he has one Japanese and one European patent to his credit. Some of his most notable achievements are the first direct observations of the outer-Helmholtz layer, in real-time and real-space, in solution using Electrochemical Scanning Tunneling Microscopy (EC-STM).  This work was published in the “Journal of the American Chemical Society 1996, 118, 393-400”.  He also reported for the first time, that the aromatic molecule benzene forms highly ordered adlayers on Rh(111) and Pt(111) electrode surfaces (“Journal of the American Chemical Society 1996, 118, 7795-7803”).  This work has been cited more than 100 times in other publications.

In addition, to further expand his horizons, he has performed novel investigations in the field of Electrochemical Atomic Layer Deposition (EC-ALD), to form nanofilms of semiconductor compound and metal films.  He reported the electrochemical, layer by layer growth of various metal nanofilms, such as the growth of Pt nanofilms (“Journal of Physical Chemistry B 2006, 110, 17998-18006”), the use of Pb underpotential deposition (upd) as a sacrificial layer for Cu nanofilms (“Langmuir 2007, 23, 2539-2545”).

He was also involved in several other areas such as electron spectroscopy, surface science, electrocatalysis, fuel cells, batteries and corrosion.