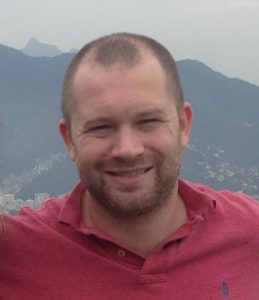 Dr. Lamour was a PhD student from France (at the University of Paris Descartes, advisor: Dr. Hamraoui) when he joined the Borguet Group for 3 months in 2008. There he designed and analyzed the modification of biosurfaces and initiated a fruitful collaboration. In 2010 he defended his thesis, that developed new approaches to modulate neuronal adhesion and growth by playing with the surface chemistry, and control the surface energy distribution at the nanoscale. In Feb. 2011, he joined the laboratories of Drs. Gsponer and Hongbin Li at the University of British Colombia (Vancouver) to study the nanomechanical properties of prion fibrils by atomic force microscopy, and develop new AFM techniques. In 2016 he decided to move back to France with his 2 kids. After 5 years in North America, it was finally time to eat good food again. He joined the University of Evry-Paris-Saclay to study the nanomechanics of lipid nanotubes (to be continued…)