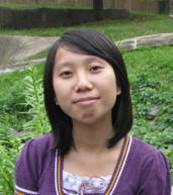 Baofang Zhao was an undergraduate student doing research with the Borguet Group. Boafang was born in China and came to America in July of 2004. Boafang graduated from South Philadelphia High School, where she studied for three years.

Baofang was a student at Temple University, majoring in Chemistry and followed the pre-pharmacy track. Boafang joined Dr. Borguet’s group as an undergraduate student in May 2009. Boafang worked on research within the field of surface chemistry, focusing on the biology aspects of the project with the Borguet Group for the summer of 2009.

Baofang Zhao recieved the Creative Arts, Research And Scholarship (CARAS) by the Office of the Senior Vice Provost for Undergraduate Studies for the project titled “Surface Characterization and Calibration of Piezoelectric Microcantilever Sensor (PEMS) via Atomic For Microscopy and Fluorescence” in October 2009.