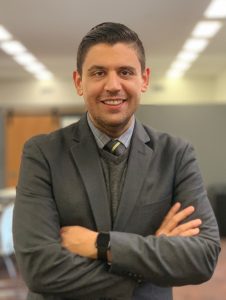 George is working on his dissertation on the philosophy of mind and its intersections with metaphysics and the philosophy of science. He is particularly interested in mental causation and critically examining the reductive worldview. George received his B.A. in Philosophy from Bloomsburg University, an M.S. in Library & Information Science from Drexel University, and an M.L.A. with a concentration in Philosophy and Metaphysics from the University of Pennsylvania. He is also a faculty librarian and adjunct professor of philosophy at The University of Scranton. He currently resides in Scranton, PA. 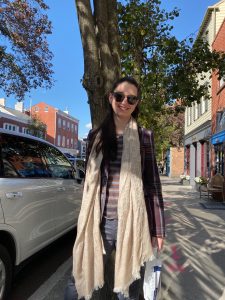 I am a second year MA student, whose interests include Aesthetics, Existentialism, and the role of the imagination in Continental Philosophy. I earned a BA in Fine Art from Rider University, where I became interested with the complex relationship between art and the human. Part of my exploration of aesthetics included exploring existential philosophy, where I became interested in Nietzsche and Camus’s philosophical works and how artworks can be related to our ability to define or create meaning in our existence. During my time at Temple University, I have also become increasingly interested in the role of the imagination with respect to philosophers such as Kant and Malebranche. I hope to pursue both my study of aesthetics and the imagination further.

I am a doctoral candidate in Temple University’s Department of Philosophy. My dissertation is on relational plant ethics of care. I am interested in Environmental Philosophy, Ethics, and Feminist Philosophy and am working on two graduate certificates (Teaching in Higher Education and Women and Gender Studies.) In addition to research, I continue to enjoy teaching Environmental Ethics and Introduction to Feminist Philosophy. Outside of academia, I enjoy gardening, cooking, and hiking with my dog.

I graduated from New College with a BA in philosophy after completing an undergraduate thesis entitled “Phenomenological Ethics: Virtues of the body in its Sexual Being.” I have presented work at FSU’s MAP Conference, New College’s NewScholars conference, the Mid-South Philosophy Conference, and the Back to the Things Themselves panel at Canada’s Congress of the Humanities and Social Sciences with the Society for Existential and Phenomenological Theory and Culture.

I am a PhD student whose current research is primarily in aesthetics, philosophy of art, and history of philosophy (Kant and German Idealism). In future research I plan to focus on related issues in ethics, medieval philosophy, and Mexican philosophy. 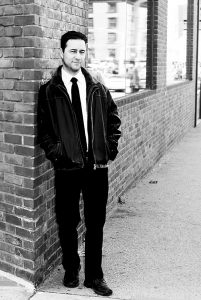 I am a second-year PhD philosophy student at Temple, whose philosophical interests include art, social / political, Marxian philosophies, and critical theory.  Prior to studying at Temple, I spent many years working as a professional musician (classical piano), and have concertized, taught, and adjudicated around North America, Europe, and Asia.  My previous academic work was completed at Oberlin College (music), Purchase College (music), and at the CUNY Graduate Center (philosophy).

I’m working on my dissertation, which I hope will provide the area of Deep Ecology with a useful critique of anthropocentrism. 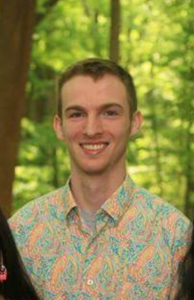 I’m a first-year PhD student interested in aesthetics, the philosophy of the human sciences, Wittgenstein, and Daoism. I earned a BS in Psychology and Cognitive Science from the University of Evansville and an MA in Philosophy from the University of Toledo. In my MA thesis, “Wittgenstein and Merleau-Ponty on Art: Physiognomy and World,” I considered the implications for the idea that meaning is directly “on the face” of words, paintings, and music. Recently, I’ve been exploring how philosophers influenced by Wittgenstein (e.g., Peter Winch, Frank Cioffi, Jeff Coulter) advance similar theses to hermeneutic philosophers, particularly regarding explanation and understanding.

I am a second year PhD student in Philosophy. My area of interest is 19th and 20th century German philosophy, specifically hermeneutics. Additionally, I am interested in decolonial thought and feminism. I am also pursuing a graduate certificate in Gender, Sexuality, and Women’s Studies at Temple. I am a board member of Temple’s Minorities and Philosophy (MAP) chapter.

My work focuses on Kant, with particular interest in aesthetics and cognition. Currently, I am working on an interpretation of the imagination in the Third Critique that will offer a more central role for aesthetic experience in Kant’s Critical framework. In addition, I have interests in 19th Century responses to Kant, with special focus on the German Idealism.

I am interested in the connection between emotions and values. In my dissertation, I argue that evaluative terms and properties are primarily related to emotions. However, I reject the classical non-cognitivism, according to which emotions have nothing to refer to beyond themselves and thus are merely subjective. I claim that emotions, like belief, track or detect some facts of the world. 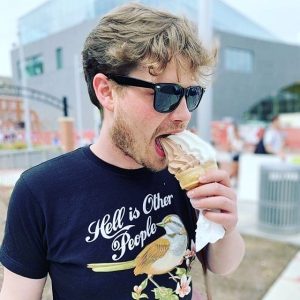 Jake is a PhD candidate originally from the Boston area with a BA in Philosophy and Religious Studies from Pace University and an MA in Philosophy from the New School for Social Research. His work is rooted in phenomenological and existentialist philosophy of psychiatry and focuses on the social and moral problems regarding living with mood disorders. His published works discuss the interpersonal experiences and struggle of mood disorders in the face of conflicting social attitudes, knowledges, and stigma. His dissertation argues that the lack of consensus regarding what mental illness is/isn’t and how to treat it leaves individuals with mood disorders adrift as to how to understand their ethical agency and legitimacy, meanwhile disorder can provide insight into moral responsibility. Outside of study, Jake explores cityscapes and writes poetry.
On a panel discussion, he once told Mike Schur that The Good Place is tacky. 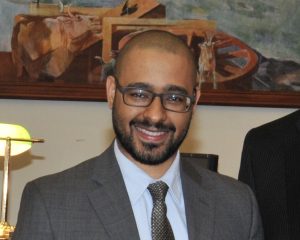 Stanley is a third-year PhD student. His interests include philosophy of mind, philosophy of perception, phenomenology, and Kant. He received a bachelor’s degree in philosophy and religion from Colgate University, a master’s degree in philosophy from San Francisco State University, and a JD from the University of Pittsburgh School of Law. He was awarded Temple University’s Future Faculty Fellowship (2017-2021) as well as the Nordev Prize for best preliminary exam (2019). He is beginning pre-dissertation research and is also working on earning a specialization in cognitive neuroscience through the College of Liberal Arts’ Neuroscience Department. 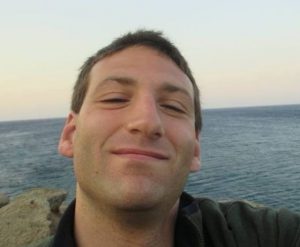 Arthur is a third-year Ph.D. student who works in moral psychology and philosophy of action. His research focuses on the nature of embodied or “appetitive” desire, and its implications for autonomy and self-control. When he is not working on his dissertation Arthur loves to read and discuss topics in all the traditional philosophical domains, especially metaphysics and social-political philosophy. He gets very excited about Plato, Plotinus and Rousseau. 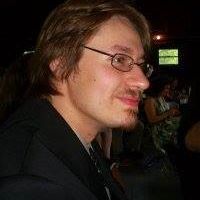 I am working on my dissertation on Philippa Foot and the role that teleological notions like that of function play in her later work. 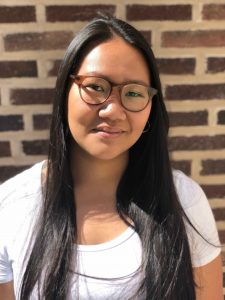 Meryl is a fifth-year PhD student whose dissertation focuses on Hegel’s theory of comedy and how it points to a social and political awareness in his understanding of art. Her research experience includes nineteenth-century German philosophy, aesthetics, and social and political philosophy (feminist theory and decolonial thought). She holds graduate certificates in GSWS and Teaching in Higher Education.

She has years of experience as an editor, non-profit program coordinator, and teacher. In the Department, she is the chapter representative for Minorities and Philosophy (MAP). Most recently, she won the College of Liberal Arts Teaching Award for Graduate Student Instructors. 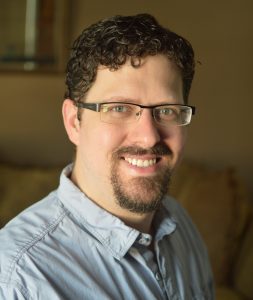 I am currently working on how Neo-Darwinism impacts the reliability of our cognitive capacities. I am also interested in what implications this has for metaphysics of mind. 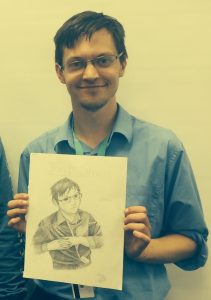 I read pretty broadly in the history of philosophy, as my goal is to glean insights from all three major branches of Western philosophy (continental, analytic, and pragmatic). I am especially interested in the relationship between Hegel and the various post-Hegelian thinkers (such as Marx and Kierkegaard, but also the American pragmatists, the British Idealists, and Russell) who often harshly criticized some aspects of Hegel’s thought while adopting others. I am also interested in the so-called “Pittsburgh School,” whose members (Sellars, Brandom, McDowell) have claimed to be in some way or another “Hegelian” as well as “analytic” and “pragmatic.” Of late, I have also been reflecting on the metaphilosophy of Wittgenstein, and I am trying to make some sense of what it might mean to “dissolve,” rather than “solve,” philosophical problems by reference to ordinary language, as Wittgenstein (at least in his later work) seems to want to do. 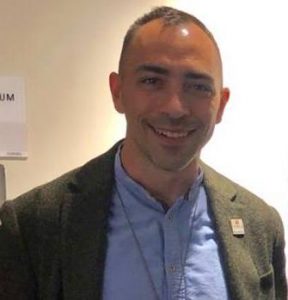 I am a first year PhD student interested in ethics, philosophy of medicine, and medical epistemology, as well as environmental ethics and philosophy of sport. I received my BA in Psychology from Temple University in 2007 and recently completed the dual MA program in Philosophy and Urban Bioethics at Temple University. Currently, I am working on a project examining how phenomenology can help individualize the patient approach in medicine, in addition to more broadly helping to address healthcare disparities and issues of social justice in medicine. I am a graduate student board member of the Temple University chapter of Minorities and Philosophy (MAP) and am a member of the ethics committee at Temple University Hospital. Outside of philosophy, I have more than ten years of experience working in the field of organ transplantation. 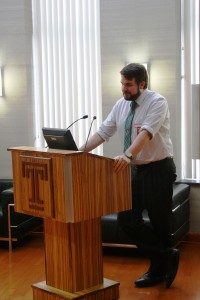 I am currently working towards completing my dissertation, “Reasons, Causes, and Akrasia.” My research examines the relationship between causal theories of mind and irrational behavior, especially weakness of will. I am also developing a philosophical pedagogy based largely on the classical pragmatist theories of education from Dewey, James, Mead, and Addams. I am building a network of philosophers interested in nurturing philosophy outside of the academy. 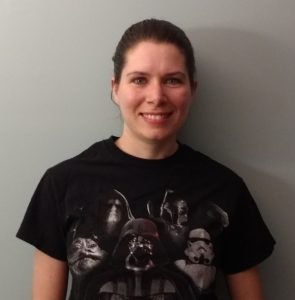 My interests include contemporary metaphysics in the philosophy of the mind, Early Modern philosophy, and perception. My current research project is on Lady Margaret Cavendish’s account of perception. 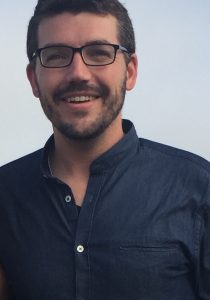 I am a fifth-year PhD student in the Philosophy program at Temple. I graduated with a BS in philosophy from Portland State University, and an MA from San Francisco State University. My work centers around 19c German philosophy. My dissertation engages with Nietzsche’s philosophy of education, with a heavy focus on culture – art, religion, and philosophy. I also have strong interests in classical philosophy and ethics, as well as a background in Early Modern Philosophy.

In 2015 I founded the Philosophy Mentor Program. I am passionate about sharing philosophy both in and out of the classroom. When I am not researching and teaching, I enjoy hiking, reading American Novels, and playing Overwatch. 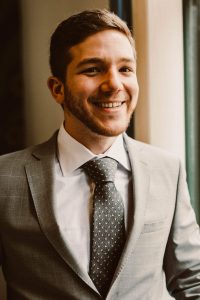 I am a second-year PhD student in philosophy at Temple. My research focuses on the metaphysics, epistemology, and theory of perception of Andrés Bello (1781-1865), the great Venezuelan-Chilean polymath, as well as on the late-modern European philosophers that Bello engaged with, particularly the French idéologues and spiritualists (de Tracy, Maine de Biran, Victor Cousin) and the Scottish common sense realists (Thomas Reid, Dugald Stewart, Thomas Brown). I am also working on Hegel’s account of the romantic literary genre of chivalry and his reading of Cervantes’ Don Quijote against the backdrop of the transitions between morality and ethical life and between medieval society and modern society, the locus for the emergence of the modern state.

I am from Caracas, Venezuela, wherefrom I emigrated in 2010 due to the early stages of what has become Venezuela’s ongoing socioeconomic and political crisis. After receiving my B.A. in philosophy from the University of Georgia (2013), I obtained my J.D. from Georgetown Law (2018), where I focused on international human rights law and co-authored a fact-finding report on state violence against LGBT people in El Salvador. Finally, I am an attorney, admitted to practice in the Commonwealth of Pennsylvania. 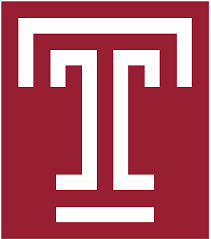 Yining Wu is a first year PhD student in philosophy. Her current research interests mainly lie in Kant and German idealism, with a particular focus on the theory of knowledge (Wissenschaftslehre). She also has growing interests in Neo-Kantianism, history and philosophy of science as well as philosophy of art. 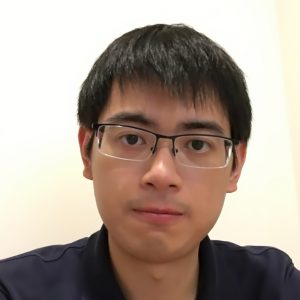 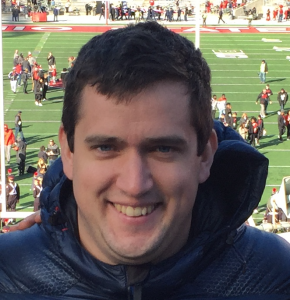