Structural geology involves mapping the three-dimensional distribution and type of structures that accommodate deformation in the earth.

Brittle fault zones are composed of a few essential elements: (1) a slip surface; (2) the core consisting of highly deformed rocks which can include gouge or cataclasite; (3) the damage zone surrounding the core which consists deformation spatially associated with the fault.

These structures accumulate during the process of fault growth and repeated slip. The arrangement and relationships among these materials and structures determine the properties, and thus behavior of a fault zone including:

In massive rocks, such as igneous or metamorphic materials, faults usually act as preferred fluid conduits. However, focusing fluids along a fault where frictional slip has reduced grain size and created fresh crystal surfaces promotes chemical reaction. These reactions can promote healing, recovery of cohesion by mineral precipitation, or alteration that introduces new phases into the fault and new physical properties.

Because variation in slip along faults distort the volume around them, closely spaced faults form interacting networks. The degree of interaction depends on the geometry of the faults, their history of slip and resulting gradients in slip, and the mechanical properties of the rock volume they offset. 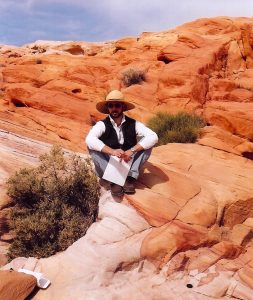