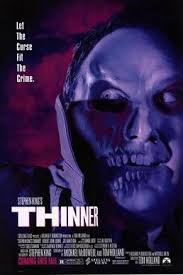 Today my twitter feed had people commenting on Pavlo Blavatskyy’s study correlating the body-mass index of post-Soviety politicians with country corruption measures.  This is a fortuitous coincidence as this is one of the few studies which I can use to illutrate the importance of paying attention to the unit of analysis.

So Blavatskyy used machine learning to infer politicians’ BMI from photographs and he shows this is highly correlated with corruption indices like the Transparency International Corruption Perceptions Index (r=-.92), the World Bank Control of Corruption (r=-.91), the Index of Public Integrity (r=-.93), IDEA Absence of Corruption (r=-.76), and the Basel Anti-Money Laundering Index (r=.80). 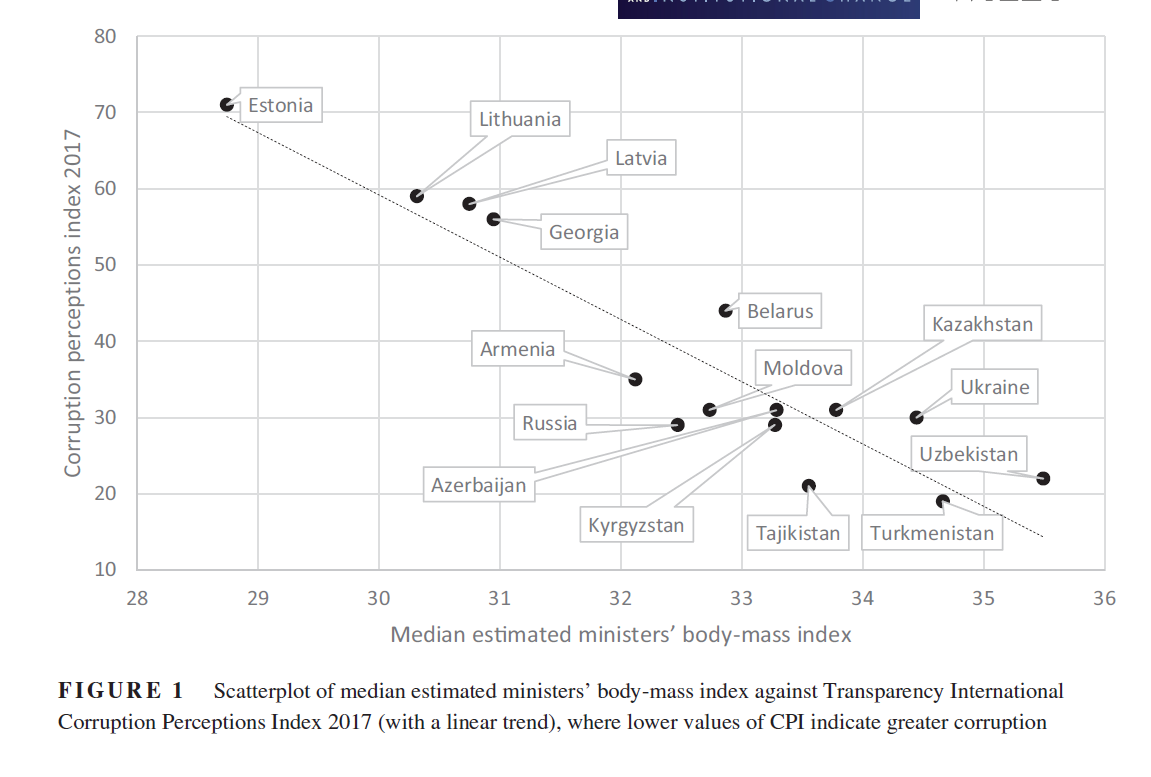 So let’s aside two problematic aspects of this study.  First is the utter ridiculousness of it–Blatatskyy cannot even be bothered to even come up with some kind of mechanism that would explain this association.  Second are the corruption indices which I have not looked into but I am skeptical about projects to quantify such a hazy concept.

The real issue is, what is this study good for?  If you take the corruption indices for granted–which I do not–then why should anyone bother with politicians BMI?  The reality is that Blavatskyy has a nation-level cross-sectional design.  It does not speak to whether or not individual politicians are corrupt.  But Blavatskyy disregards this issue and suggests in fact that we can infer an individual, post-Soviet politicians’ corruption by their physical appearance:

Does our median estimated ministers’ body-mass index capture meaningful changes in grand political corruption? The Armenian velvet revolution (which is also known as #RejectSerzh movement) that occurred in spring 2018 offers a convenient natural experiment. The third president of Armenia, Serzh Sargsyan, at the end of his second (and last) term in office initiated a constitutional reform transforming the country from a semi-presidential to parliamentary republic. Mass protests erupted when Serzh Sargsyan was elected as the new prime minister in spring 2018 setting him as a de facto head of government for the third term. The protests resulted in a minority coalition government formed  on 12 May 2018 and headed by Nikol Pashinyan/  Our median estimated body-mass index of ministers in the Pashinyan government (cf. online Appendix Q) is 31.2, which is lower than Armenia’s 2017 value of 32.1 (cf. Table 1). Thus, according to our measure, the Armenian velvet revolution lowered grand political corruption. Yet, the Transparency International Corruption Perceptions Index 2018 for Armenia is the same as it was in 2017, indicating no change in corruption before and after the Armenian velvet revolution. This is perhaps not surprising as the Transparency International Corruption Perceptions Index is based on subjective perceptions. Individual perceptions are known to be sticky and change relatively slowly over time. In contrast, our proposed measure of grand political corruption changes every time a median cabinet minister (on the body-mass index scale) is changed.

So essentially, Armenia had a change of government headed by thinner politicians.  Blavatskyy gives no evidence this new government is less corrupt than its predecessor.  For some reason, he thinks that one of his indices should have shown a lower corruption index but it doesn’t, and this is evidence for using a dynamic, BMI-based, measure of politicians to gauge corruption of individual politicians and/or regimes.  Based on a cross-sectional, country-level design.  Talk about tautological, and all based on an n of 1.

So essentially, for the purposes of a quantitative literacy class, we can say Blavataskyy fell afoul of confusing units of analysis (the ecological fallacy).