“When I’m thinking about things to do,” explains Grant Vaughan, “I’ll go for a walk in the bush.” He doesn’t have far to walk. Vaughan hails from New South Wales, Australia, where he lives on eighty-five acres of bushland. Although his work has shifted over the years, variously between sculpture and furniture making, all of it in someway bears the imprint of Vaughan’s love for the landscape that surrounds him. Most telling in this regard are the loping spheres and crisp edges that unfold like leaves from his carvings. 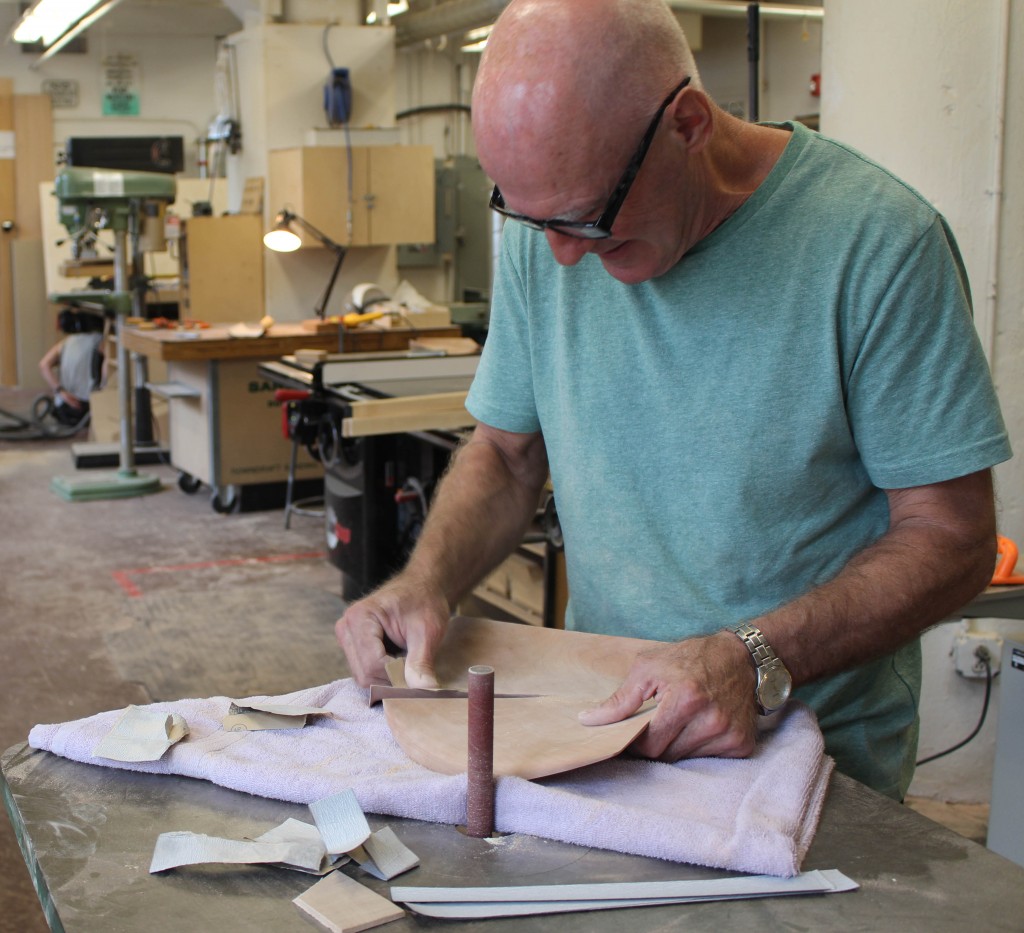 Vaughan grew up amid the scattering of small towns west of Australia’s Great Dividing Range. Though he briefly studied engineering and architecture at the University of Sydney during the 1970s, the swirl of excitement surrounding Australia’s burgeoning youth counterculture lured Vaughan away from school and deep into the Northern Rivers region of New South Wales. It was there that he first experimented with wood carving and furniture making, despite having no formal training. “I had my plane blade in upside down for twelve months!” But with time, and guidance from an early mentor, Vaughn began hand-carving organic forms in tables and mirrors, all inspired by his fascination with nature and a taste for Art Nouveau.

All the while, a revival of interest in hand-crafted furniture had created new opportunities for wood artists in Australia. Vaughan joined the Woodworkers Group of New South Wales and began showing his work regularly throughout Sydney, including at a landmark show in the Sydney Opera House. “That went really well,” he recalls, “I was getting so much work, I couldn’t keep up with it.” Vaughan’s success inspired new creative directions, including a bowl he carved for the Opera House show that prompted a flurry of interest throughout the international woodworking community. Furniture, however, remained Vaughan’s mainstay for many years and sustained him with commissions, including for an elaborate set of exhibit cases showcased in Austrailia’s Parliament House. 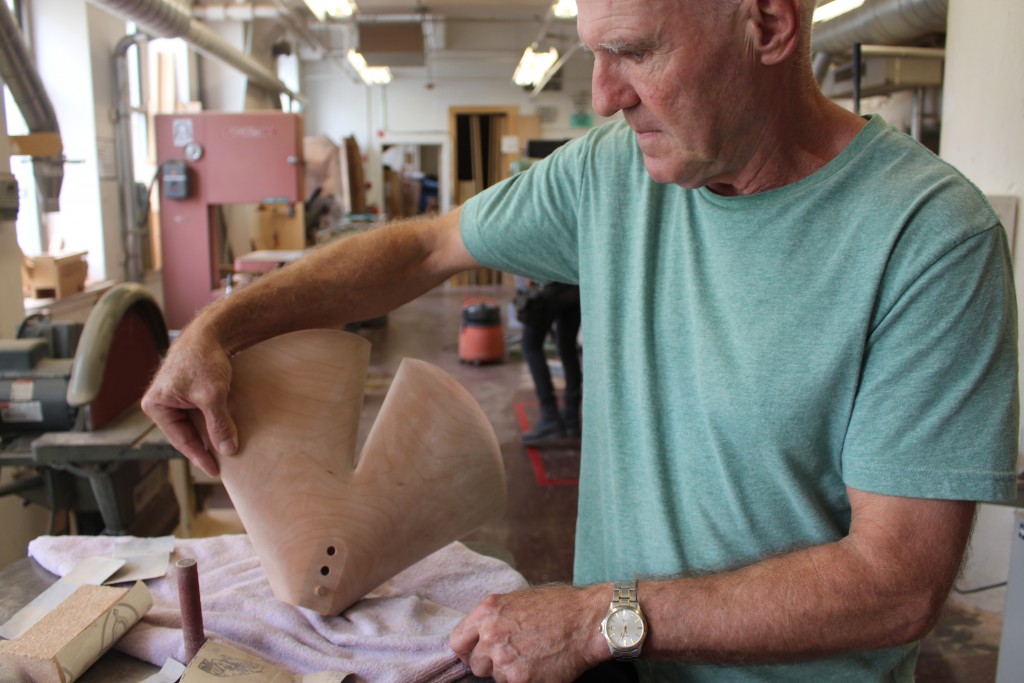 Vaughan’s late return to carving owes, in part, to a broadening appreciation of his work in American galleries during the last decade. It’s a shift that he understands within the context of global economies. Sydney’s emergence as Asia Pacific’s financial center has shifted tastes among Australian collectors while raising real threats to the the landscape that nourishes Vaughan’s work. So, though encouraged abroad, working away from home creates real challenges for someone so powerfully influenced by place. “You need to get away,” as he puts it, to “do other things, and come back with a new perspective.” And yet, Vaughan brightens when he speaks about his land and the hundred species of trees he’s discovered there. “Understanding the landscape,” he says, is “about being informed about what you’re looking at.” It’s a conviction that applies just as well to Vaughan’s work and that, in many ways, explains it.