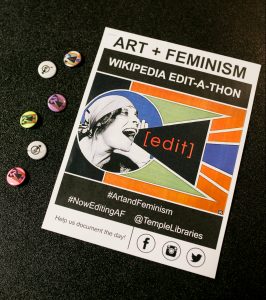 On Tuesday, March 13, the Libraries hosted a panel on representation and identity in the art world and participated in our third annual Art+Feminism Wikipedia Edit-a-thon. This international program brings together participants in one space to update Wikipedia entries on subjects related to gender, art, and feminism over the course of an afternoon.

In a 2011 survey, the Wikimedia Foundation found that less than 10% of its contributors were women. While the reasons for the gender gap are up for debate, the practical effect of this disparity is not: content is skewed by the lack of representation from women.

In order to establish the context for issues associated with art, gender, and representation, we began the morning with a panel moderated by Dr. Jennifer Zarro, art historian, writer, curator, and faculty at the Tyler School of Art, and composed of Mechella Yezernitskaya, co-curator of Beyond Boundaries: Feminine Forms, and Kate Kraczon, the Laporte associate curator at the Institute of Contemporary Art at Penn. The three discussed being art curators; the importance of mentorship; barriers related to gender, race, and class in the museum world; the canon of art history; myths of the art world; and so much more. 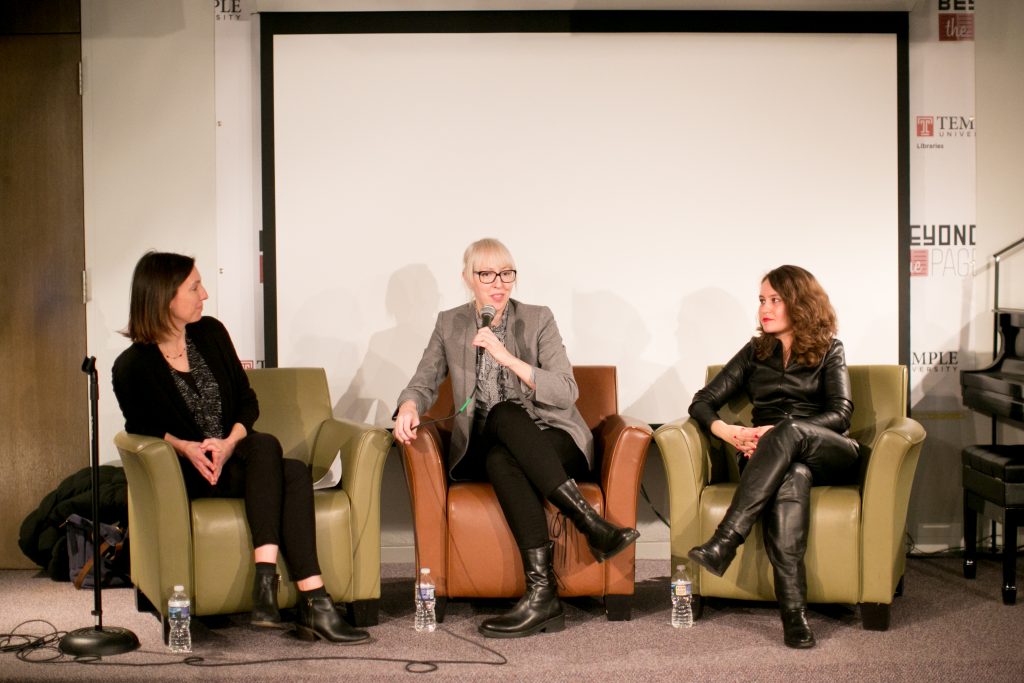 We then transitioned to our afternoon of Wikipedia editing. Librarian Caitlin Shanley provided a tutorial for beginner Wikipedians and the lecture hall was soon bustling with conversation and serious editing work. 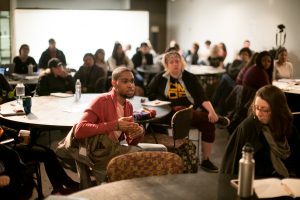 Participation in the edit-a-thon at the Libraries has steadily increased over the three years since its debut, with a record turnout this year. According to Jill Luedke, program organizer and art, art history, and architecture librarian, coordinating with faculty ahead of time played a huge role in bringing in more students throughout the day. 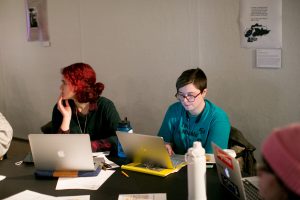 Adrienne Shaw, assistant professor in the Department of Media Studies and Production, brought her LGBT Media Representation class to the edit-a-thon, and even incorporated the activity into her coursework. Her goal was to have students use the materials, resources, and knowledge from her course to identify gaps in existing Wikipedia entries about LGBTQ media texts and Philadelphia LGBTQ historical events and find additional sources to add to them. The group setting provided space for asking questions and collaboration as each student edited at least one entry.

Thanks to everyone who came out to this wonderful program. Let’s keep working toward a more inclusive and representative Wikipedia world!