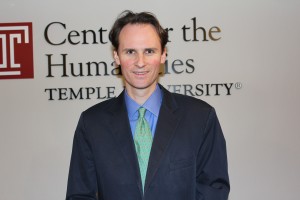 On February 6, 2013, the Center for the Humanities At Temple (CHAT) hosted John Palfrey from the Digital Public Library of America (DPLA).

DPLA has been in the planning stages since 2010 and will have its kickoff in April 2013. Palfrey explained that digital libraries have typically not undergone the level of deliberate planning used during the architectural design of the past’s glorious library buildings. Thus, DPLA considers it important to build an information architecture that will support the project well into the future.

Rather than being a massive repository of digital works, DPLA is designed as a repository of metadata about works held by the country’s other digital libraries. Users can search this metadata to find pathways to digital objects held in previously hard-to-locate information silos.

An important aspect of this open, distributed infrastructure is its modularity. DPLA believes in making their code, metadata, and content free to all. This model will allow any programmer or developer to create applications that access the DPLA metadata in new, creative, and useful ways.

One interesting concern expressed by Palfrey is the idea that we are a critical juncture in the divide between public and privatized information. Today’s cloud-based systems and their ownership by private, profit-driven firms set dangerous precedents that work against the public interest. Consider, for example, the large sums Temple pays for subscription databases and scholarly journals. Palfrey hopes that projects such as DPLA, Open Access publishing, and Wikipedia-style development will shift the balance of information power back to the wider community.