Lab faculty in the News 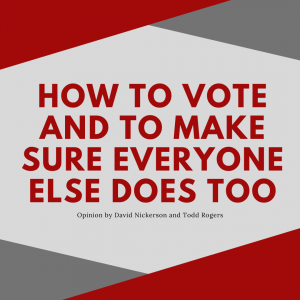 As behavioral scientists who study how to increase election turnout, we have become quite accustomed to receiving this desperate message from friends and colleagues: “I don’t live in a battleground state. How can I increase turnout?” They badly want to participate in the election, but because their vote may have little influence in determining the outcomes in their home states, they want to help drive turnout where it will make the most difference(…) 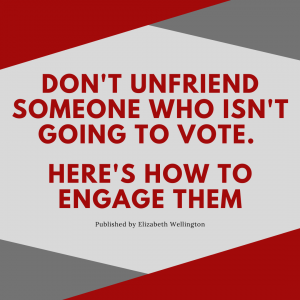 How should we deal with friends and family who are choosing not to vote? Read on to find out how you might preserve your relationships — and your sanity.

Why would any American not vote when so many of our ancestors risked their lives to give us that right? Voting is important to democracy even under the best of circumstances. But this year’s presidential election — regardless of our partisan leanings — is likely to be the most important in our lifetime. This election isn’t just about Donald Trump and Joe Biden. At stake: the pandemic, climate change, health care, what, if anything, we do about systemic racism, and many more issues that affect our daily lives and our future. (…) 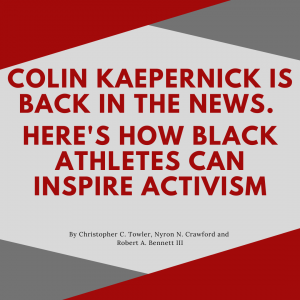 Our research found a measurable effect!

The record-breaking protests across the country prompted by the killings of Ahmaud Arbery, Breonna Taylor, George Floyd, and most recently Rayshard Brooks, have put Colin Kaepernick back in the news. During the 2016 football season, when Kaepernick was quarterback for the San Francisco 49ers football team, he knelt during the national anthem to protest police brutality against black Americans. The following offseason, his contract was not renewed, and no other team signed him. In 2018, the league banned kneeling on the field during the anthem. (…)