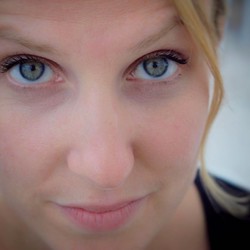 Valentina Parma is a Research Assistant Professor at Temple University. She received her Ph.D. in Experimental Psychology in 2012 from the University of Padova, Italy. Her research focuses on understanding how unconscious stimuli, in particular odors, affect how humans control action and cognition both at the behavioral and at the neural level.

Kaitlyn Campbell is a first-year Ph.D. student in the Developmental Program. She graduated from the University of Idaho in 2019 with a B.S. in psychology & a pre-health studies minor. She also researched infant temperament and human cognition at Washington State University. She is interested in the sensory foundation of individual behavior, specifically the interplay between anticipation, motor control, and executive function. 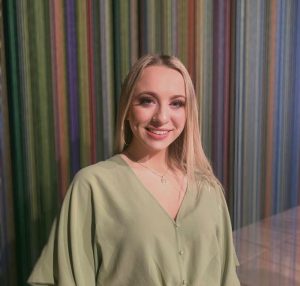 Brydie Boyle is a psychology major in the 4+1 B.A./M.S. program. She is currently in her last year of the program. After graduation, she hopes to obtain a Ph.D. in Developmental or Clinical Psychology.

Kate Hill is a third-year psychology undergrad student with a minor in cognitive neuroscience. After undergrad, she looks forward to exploring Ph.D. programs in the Philadelphia area and one day obtaining a Ph.D. in developmental psychology.

Rachel Kelly is a second-year neuroscience student with a minor in criminal justice minor. After her undergraduate studies, she plans on going to graduate school to further research in the neuroscience field and hopes to have a career as a behavior analyst

Staci Weiss graduated in 2020 with a PhD in Psychology and a focus on Developmental Psychology. Her research interests span the intersection of sensorimotor and cognitive development, with a mind to implications for underserved populations. She is now a postdoctoral scholar at the University of Cambridge.

Ashely Drew graduated in 2017 with a PhD in Psychology and a focus on Brain Cognitive Sciences. She is interested in the integration of visuo-tactile processing and the development of body representations. She is now a postdoctoral scholar at the University of Washington’s I-Labs.

Joni Saby graduated in 2014 with a PhD in Psychology and a focus on Brain Cognitive Sciences. She is interested in infant imitation and the development of social interaction.

Nathan Smyk was a Ph.D. student in the Cognition & Neuroscience Program. His research interests include the development of body schema and human-machine interaction.

Guannan Shen received her Ph.D. degree in 2015 from Columbia University. Her research interests include multisensory perception and bilingualism. After working as a postdoctoral scholar in the Developmental Science Lab, she moved on to work at the Children’s Hospital of Philadelphia.

Rebecca Laconi was the Lab Coordinator of the Developmental Science Lab (2016-2019). She graduated from Kutztown University with a B.S. in Clinical/Counseling Psychology.

Beth McNamee was a senior majoring in Neuroscience and minoring in Statistics within the Honors Program. After graduation, she plans on attending graduate school to further research in the field of Neuroscience.

Jeb Taylor graduated in 2019 Psychology and Philosophy within the Honors Program. After graduation, he hopes to either enter a Ph.D. program in a discipline of Psychology or go to law school.

Yuheiry Rodriguez was a senior majoring in Psychology within the Honors Program. After graduation, she plans on going to graduate school to obtain her Ph.D. in Developmental Psychology or School Psychology.

Chiara Vasquez was a senior majoring in Psychology. After graduation, she plans on becoming an Applied Behavioral Analyst and entering into an OT program.

Tahjanae Nichols was a junior majoring in Psychology and minoring in Education. After graduation, she plans on becoming a teacher in the District of Columbia school system for a few years, and during those years obtaining her Master’s in School Psychology in order to then move on and become a School Psychologist. She then will try and obtain her Ph.D, and either become a School Administrator of her own school or get into Forensic Psychology.

Olivia Allison was a Psychology major within the Honors Program and minoring in Cognitive Neuroscience. After graduation, she plans on obtaining a Ph.D. in Clinical Psychology with a concentration in Developmental Psychology.

Shannon Tissera was a Psychology major. After graduation, she hopes to either enter a Psy.D. program to become a Clinical Psychologist with a concentration in Biopsychology or attend medical school.

Allison Berger was a freshman majoring in Neuroscience within the Honors Program. After graduation, she hopes to attend graduate school in order to further her education in the field of neuroscience.