Guest post by Olivia Wright, a student in History 2150: Introduction to Public History.

Having lived my entire life a handful of SEPTA Regional Rail stops outside of Philadelphia, it is easy to take for granted the nearby wealth of history that tourists traverse hundreds or thousands of miles to experience. Of course, being a history major as well as someone with an unhealthy obsession with Hamilton, it is impossible to not appreciate and love the landmarks which are the pride of the city I claim as my own. 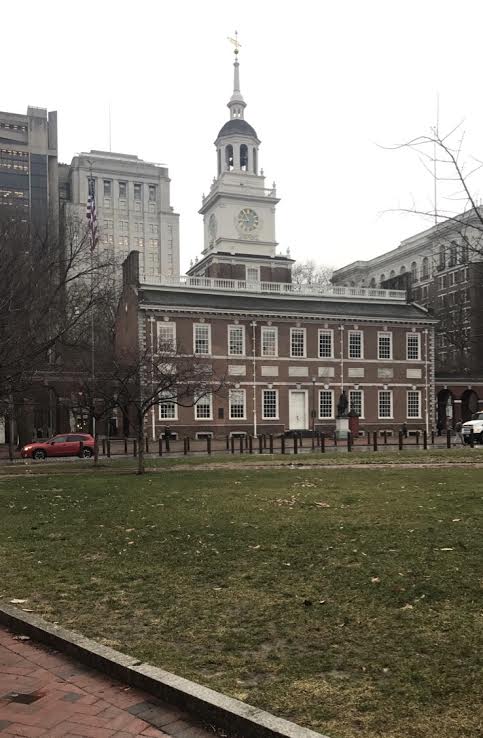 This week, I was able to view the Independence Mall area in a way I had not before, despite the numerous times I’ve been exposed to it. I saw the several blocks, as my professor aptly described, as a “museum for museums.” With over a half dozen different institutions and monuments, it’s easy enough to think that these buildings cropped up simply where space could be found. As I learned, however, Independence Mall itself was deliberately made as a green space, removing surrounding structures in an effort to immortalize the feeling of Independence Hall supposedly as the Founders, well…found it. This colonial bubble wrap of sorts is very effective up close, but as the image below suggests, a much more dissonant image is created. 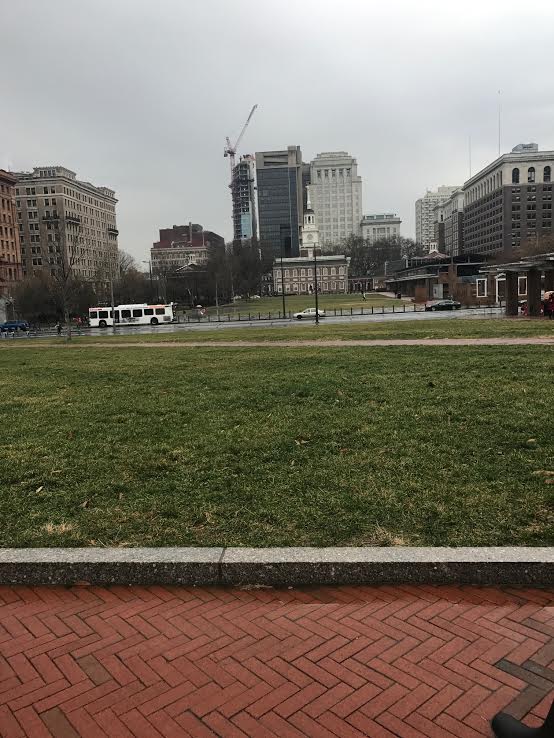 Of course, nobody can expect Philadelphia to preserve every bit of skyline behind Independence Hall to perpetuate a “pure” image of history. In fact, I argue that this juxtaposition is even more striking than the experience of standing across the cobbled street in front of the building. Seeing the modernity of the city, watching a motorized vehicle (gasp!) ride past a 240 year old image of history, evokes just that: It is history. The fact that it is in the past, that there are now taller buildings and indoor plumbing, does not negate it’s importance. Experiential learning is a great way of engaging people in history education, but it’s hard to pretend like you’re about to enter a session of the Continental Congress when you have a helicopter hovering overhead. Being in a city built around that history, you cannot avoid the 21st century intrusions. And that is okay.

Contributing to the dissonance, in the most wonderful way possible, is the nearby National Museum of American Jewish History, a sleek, modern museum which currently is host to a large George Washington quote on the front. The quote reads, “Happily the Government of the United States…gives to bigotry no sanction, to persecution no assistance.”

I like this quote. It’s a highly appropriate statement to have on a museum detailing the history of a people who had to flee a foreign government which instigated those very things Washington speaks against. When viewed while standing inside the President’s House exhibit, an outdoor memorial to Washington’s former residence, you get to read the words of a man speaking about freedom while on the same ground his own slaves once served him. 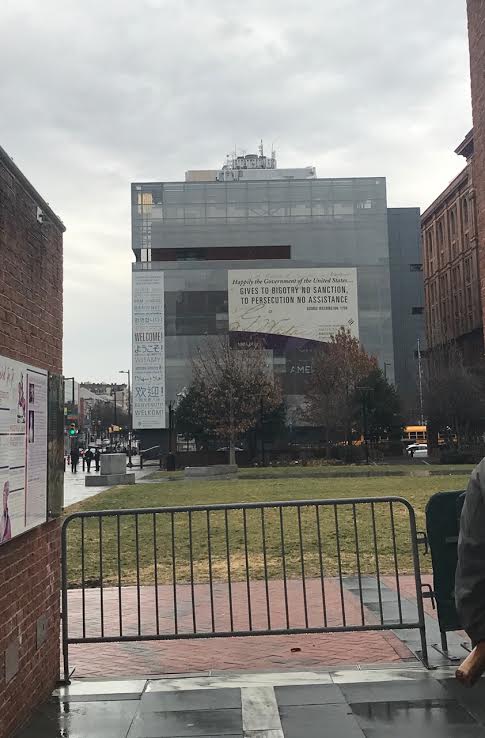 These things are very dissonant. Freedom and slavery obviously are not compatible. I make no excuses for Washington on the slavery front, but moral absolutes are dangerous, and that aside, I have enough public school indoctrination (and enough Ron Chernow books) in me to say that he was still a great man who made highly valuable contributions to his country.

Whether it’s moral dissonance or visual dissonance, acknowledging these complexities and working through them for yourself is an important step in understanding history and all of the baggage it comes with. Independence Mall, in the heart of a vibrant, always-growing urban region, has its own weight to carry in this regard, but the confrontation of ideas it presents is what makes it such a valuable institution in the first place.