The articles by Dubois and Dumenil, and Kerber discuss the ways women and men were divided by gender primarily in the 19th Century. Kerber focuses on the historiography of the term ‘separate spheres’ which historians use when defining the role of men and women in society throughout American history.[1] Dubois and Dumenil however, focus on the ways the concept of ‘true womanhood’ was constructed from 1800 to 1860.[2] These ideas of separate spheres for men and women, and of true womanhood are closely connected through the belief in essential roles women were expected to play in everyday life. Kerber argues that the language surrounding these ‘separate spheres’ used by historians mask a complex system of gender roles in the 19th Century. This is undoubtedly the case, however, rather than being a fault with historians alone, this seems to be product of the popular opinion that women and men have inherent differences. This has been the common belief held until very recently in history, and remains the view of many people today. It is difficult to create a nuanced view of men’s and women’s roles when the rhetoric of society involves the division of the population based on gender. Presenting arguments which support this are thus more easily accepted by later scholars, and are more likely to enter mainstream thought.

This does not mean to say that these beliefs are correct. I agree with Kerber when she asserts that a nuanced view of the roles of women and men in history would benefit society today. Language has power to direct thought and behaviours, and women today are trying to dispel the myth that there are distinct roles for men and women. Women remain under pressure to be the parent to raise the children, and receive on average less pay than men in the same jobs. However, only within the last thirty years has gender as a social construction and its separation from sex been accepted, and from it has come new scholarship practices regarding gender and history. For example, examining women’s history not in isolation, but studying the history of gender as a whole, and how women and men’s roles interacted. In this way, the scholars Kerber refers to were also limited by the ideas of the times they wrote in, and used the language they knew to express these beliefs. As a result, the concept of separate spheres for men and women became an entrenched idea. Theories of gender and the language used to explain them evolve over time, and though progress may be slow, there has been improvement in how gender has been discussed and how it is regarded today. However, I expect it will be a while yet before ideas of the separation of the genders are erased from our language in history and in the present day. 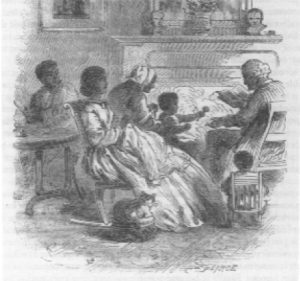 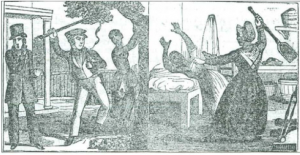