Both “Politics in a Box: Sarah Mapps Douglass and the Female Literary Association” and “Enemies in Our Household” center on the idea that women need some kind of protection because of the institution of slavery. Both sets of North and the South were stepping outside of their comfort zones to take on a role that could possibly put them in harm’s way. Those who choose to take that step and those who struggle against the change is what define the general characteristics of the regional woman. 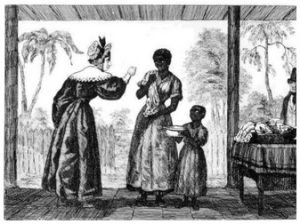 Enemies in our Household Chronicles Southern women’s reaction to being forced into their new roles as plantation managers. The civil war meant the enlistment of all able-bodied men into the army especially as the southern army began to dwindle in numbers. The lack of men meant that the only ones left to run the plantation were the wives and daughters. While southern women were comfortable with and even passionate for the institution of slavery, the domestic sphere that they subscribed to before the war did not include punishment of slaves on a daily basis. Southern women viewed their roles as homemakers and mothers, whose job was to host and nurture. The prospect of keeping a plantation efficient and running was daunting. They feared their enslaved populations. Stories of slaves rising up and killing their masters haunted their days. Southern women begged for men (neighbors, politicians, their family) to step in and take back the control. Southern women, unlike their northern counterparts, were trying to give back the power instead of obtaining more.

Politics in a Box: Sarah Mapps Douglass and the Female Literary Association displays the interworking of an anti-slavery organization that was designed to give women more public voice. Like their southern counterparts Northern women also feared for their safety but their fear stemmed from the violence on from the side of white pro-slavery men. As a group of black women, they felt the direct effect of the fugitive slave acts. Such acts threatened to have them kidnapped and sold down south into slavery with the pretext that they were escaped. The Female Literary Association’s leader Sarah Douglass was forced to take up the cross of slavery as a result of vulnerability of the black community within Philadelphia. She created to organization to speak out against the injustices and raise awareness about the issues. To do this aliases were used for their articles. With such an imposing vulnerability of the African American community such aliases were used to protect the writer from retribution.

Women from both the North and the South feared for safety due to the institution of slavery. While Southern women were forced into their position by circumstance and begged for the reinstitution of their “normal” domestic responsibilities. Northern women, particularly in the Philadelphian African American community, stepped into an active vocal role because of the risks that were thrust upon them by legislation. 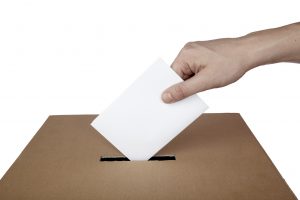 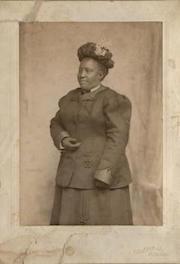 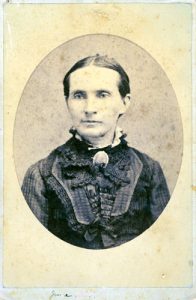