The first reading for this week was a chapter in a larger text, called Sisters in the Struggle by Bettye Collier-Thomas and V.P. Franklin. The second chapter of this text focuses mainly on the double-edged sword that African American women were faced with in the middle 1900s. This time period hosted high racial tension, and also an incredible amount of inequality for women. Organizations like the National Council of Negro Women, aka the NCNW, fought for justice during these trying times. One of the actions the NCNW took that was truly admirable, was hosting voter registration campaigns. Although a nonpartisan organization, women like Mary Mcleod Bethune recognized and shared the importance of teaching women how to register to and vote. On page 36, she is quoted saying, “In all my talks throughout the nation I have urged women to set up block organizations to instruct women on how to register and vote.” 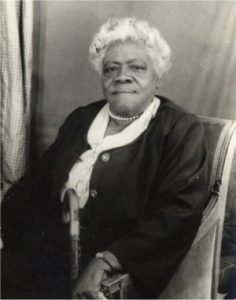 It is then pointed out that a prediction in The Washington Afro-American was accurate; “if a large number of women are enlisted through this action, the NCNW could indirectly contribute to a Truman victory.” (Collier-Thomas, Franklin 36). Actively pursuing a higher rate of women voters was just one action the organization took in its attempts to change the world for women, more specifically African American women. It is notable enough for me to talk about because I believe it is important to acknowledge that women still face inequality on a much lower scale, and an even further point; African American and Latina women are faced with inequalities in comparison to white women. The work of the NCNW was crucial in the history of African American women, and this chapter reflected the hardships that they worked so hard to change for the women to come after them. Although things are not as extreme in current times, there are similarities in the civil rights issues that they were dealing with and the ones we continue to face today.

The second reading for this week, Mexican Women on Strike in 1933: The Structure of Memory by Devra Anne Weber, demonstrates the way oral history and memory change through time, and how important it is to recognize this when studying/sharing history. History is complicated, because human beings are complicated; two people could experience the same situation, and interpret it in two completely different ways. This leaves a lot of room for confusion when studying historical events through solely oral history. Weber does an excellent job at pointing out how important those “personal narratives” are, but the overall theme in the text is to take them with a grain of salt. In the example of the strike in 1933, Weber points out that most of the story was centered around food- or rather, the lack thereof. She also discusses the inconsistencies in factual information that came from speaking with women who were there, like Mrs. Valdez. Overall, I find oral histories extremely fascinating because you get to know the feelings of someone who lived through an event you weren’t there for. However, it is clear there are issues with using only oral histories to come to a conclusion about a story.

Older women hold a special place in personal histories. How many family stories have passed from a grandmother to her grandchild? These stories are often the first experience we have with family history, and are taken at face value. My grandmother is the keeper of her family history, literally – she has the only copy of the genealogy book in our immediate family. She is the person who taught my sister and I about the family history outside of New Jersey. Her retellings of the stories in the Hill book, while not always accurate, created a narrative for us of Irish Catholics who made their way to Maryland and up in the world. According to her histories, we have a family bourbon that her father sold for American Distillers after Prohibition. While it’s possible that’s true, as her father did work for American Distillers and the supposed bourbon was originally distilled by Irish Catholics in the area of Kentucky her father was from, we have little idea if it’s actually true. Whether it’s true or not, the idea of the story is that our family has a long history in America, and came from very little in Ireland to (supposedly) creating a bourbon that’s still distilled and sold today.

Devra Anne Weber’s article on the women in the 1933 cotton strike in California addresses the function of memory in the greater historical narrative. Weber’s analysis of Rosaura Valdez’s oral history of the strike accounts for both the inherent bias in oral histories and the merits of the bias they exhibit. In Mrs. Valdez’s case, her memory of the strike centered around the other women in the camp and the struggles of feeding their families, while the men were cowardly strikebreakers. While the facts may be a bit off in how gains were achieved, Mrs. Valdez’s account of the strike portrays the hunger and frustration that there were men willing to betray them. Her positioning of women in the center creates an identity for herself, her fellow strikers, and her family: they occupied an important place in labor history. Their gains, whether she and the other women contributed directly to them or not, had a lasting effect on workers. That small victory was an enormous win compared to the losses she had faced as a girl during the Mexican Revolution. This was her victory over hunger and fear, and her remembrance of herself as an active, militant striker reflects how that event shaped her personal identity.

How we remember events says as much about us as it does about what happened. Personal memory presented as history represents an interesting intersection of identity and fact that may not always be accurate, but paints an important portrait of how someone wants to be seen. We create our own legacy through oral history.

Sherrie Tucker’s article When Subjects Don’t Come Out discusses the difficulty of addressing the stigma of homosexuality during the 1940s in all-girl bands, and the difficulty in writing about stigmatized issues in any area of history in general. Tucker discusses her series of interviews with multiple women who were in all-girl bands during this era and how she dealt with the metaphor of “the closet” and women who were unwilling to disclose their personal lives within the interviews.[1] While her piece is interesting, there are some ideas that she leaves untouched that would be an important part of studying women of the 1940s. The stigma of race and sexuality play a large role in defining both men and women of this time period, and also comparing how these female bands were perceived in comparison to their male counterparts. I believe that these issues are an important analysis that would have benefitted Tucker’s study on this topic.

Tucker focuses on the inherent stigma that many of her interviewees have dealt with their entire careers because of their unique occupation of being an all-girl band musician. One of the points she mentions is the added difficulty of not only sexuality but race for the African American women all-girl bands. She mainly mentions this issue in passing, as a piece of her broader idea of women just dealing with sexuality. Race during this time period defined Americans in such strong ways that any other added stigma could be detrimental to both their social and professional lives. I feel that Tucker fails to illustrate this in her piece, though it is an important part of understanding just how much of a risk these women were taking as not only female musicians, but African American female musicians. I think that addressing this issue of race and dealing with the already stigmatized reality of being a lesbian, during the 1940s would have been something worth addressing in more than just a passing fashion as she does.

Tucker also addresses an interesting issue at the end of her piece that raises the question of why only all-girl bands had their sexuality questioned, when all-male bands never dealt with this issue. While she does make reference to this idea multiple times within her writing, she does not actually take the time to address it as a topic on its own. Since all-girl bands of the era were such a bold phenomenon, perhaps putting it into context by comparing reactions to them and reactions and perceptions of male bands would illustrate her point more clearly. I think that her argument might have been strengthened had she discussed trying to understand the stigmas attached to female bands at the time, compared to male bands.

Overall, Tucker’s piece is interesting, but it leaves questions about how women of this era were defined by both race and comparison to men. It is these issues that Tucker does not fully address that leave the reader wondering how much these factors played a role within these women’s lives. Considering that women were already considered inferior to men at this time, it is worth addressing the question of why all-girl bands sexuality is questioned, rather than men’s. It is also worth considering how these gender roles might have changed since this era when one considers what a modern day perception of an “appropriate” relationship is between people of the same sex. In addition to this idea of female inferiority to men, it is also worth considering the issue of race and how this may have affected these women. For an African American woman to be taking such a bold step at this time is quite extraordinary, especially when one considers the added stigma of sexuality at this time as well. Considering how this affected these specific women, as well as the people in their lives is a major part of understanding the phenomenon of the all-girl band of the 1940s.