In “What, Another Female Husband?”: The Prehistory of Same-Sex Marriage in America, Rachel Hope Cleves works to “challenge the popular assumption of same-sex marriage as a modern innovation” and subsequently contests the notion that marriage is, and always has been, an institution between men and women (1055)[1]. Such notions are reflected in her analysis of ‘Modern Subcultures’ in which she looks at the emergence of the very first gay subcultures, facilitated by urbanization, in the United States. At the turn of the century, this large-scale urbanization offered new liberties in terms of sexuality and identity in urban centres such as New York, which created prime conditions for  same-sex marriages in that it expanded the world of wedding practices to incorporate, as Cleves states, “carnivalesque elements with genuine expressions of desire” (1076). 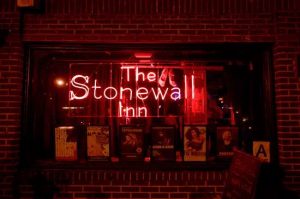 However, Cleves also notes that it wasn’t until the 20th century that these queer subcultures became fully established, a flourishment with which came the increased demand for public acceptance which made is difficult to dismiss the idea of same-sex marriage as impossible. Therefore, this period not only saw increasing marriages between men, but also saw New York City become solidified as the first and primary gay and lesbian subculture in America. It is no surprise therefore that one of the biggest turning points in the LGBT social movement, the Stonewall Riots, also took place in New York City, during which rioters themselves shouted “we have the right to marry too!.”.

This demand for marriage equality was seen in the subsequent decades right through to 2015 with the legalization of same sex marriage in America. However, what shifted in the decades after the Stonewall riots was that same-sex marriage became front and centre of gay politics, where during the 1970’s gay couples began lobbying for the legal right to marry. Since then, LGBTQ+ activist focused solely on establishing a nationwide campaign for same-sex marriage, which saw the institutionalization of queer activism into national organizations such as the Human Rights Campaign, signifying just how prominent the issue of same-sex marriage had become and perhaps leading some to conclude that same-sex marriage is a modern phenomenon. 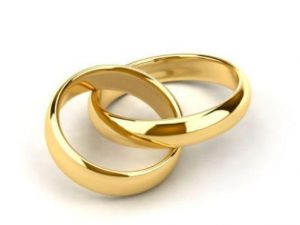 However, I think this article assumes that same-sex marriage has been a goal for all LGBTQ+ people, when in reality many people within the community itself completely opposed it.  Before the 2015 decision to legalize marriage, for example, many queers critiqued marriage as a patriarchal institution which benefits only men, as something that defined gay people in relation to heteronormative values, and as an institution that only upholds and sustains dominant heteronormative assumptions and institutions. Furthermore, there are those that view marriage as a process of assimilation and normalization that disproportionately benefits those who can most easily assimilate to normative expectations, therefore reinforcing the white, male, gender-conforming, middle-class model of sexuality.

Therefore, I think it is important to consider that whilst it appeared that the entirety of the LGBTQ+ community was moving in unison towards marriage equality, in reality many queer people had alternative visions for the LGBTQ+ social movement.