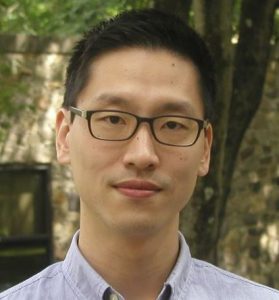 Abstract: The final product of writing seldom tells the whole story. Writers often plan before they start to write, draft their content, and edit and refine drafts to arrive at their final product. Throughout this cycle, characters, words, sentences, and paragraphs get revised, replaced, or deleted altogether. When writing takes place on a computer, elements of the writing process can be captured in the form of keystroke logs. Well-designed and properly captured keystroke logs enable the reconstruction of the writing process for qualitative observations, and allow the derivation of measures that can facilitate quantitative analyses. In this talk, I will introduce tools for capturing keystroke logs, and demonstrate methods that can exploit contextual and temporal information in analyzing keystroke logs, using data collected from adult English learners’ timed writing practices. I will also show how findings from such analyses can help understand individual writers’ processes, as well as identify characteristic writing process patterns at the group level. Following the discussion on logistical and analytical challenges, I will conclude by highlighting implications of capturing and analyzing keystroke logs for writing pedagogy and assessment.

Bio: Ikkyu Choi is an Associate Research Scientist in the Research and Development division at Educational Testing Service. He earned his PhD from the University of California, Los Angeles in 2013, with a specialty in language assessment. His research interests include second language development profiles, test taking processes, scoring of constructed responses, and quantitative research methods for language assessment data. 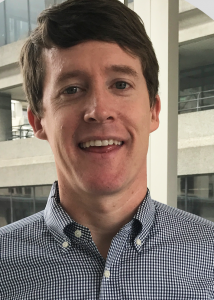 Abstract: English learning and teaching has been central to recent Chinese education and economic development, particularly at the university level. Based on ethnographic and policy data collected over a ten-year span at a university named here with the pseudonym China Southern University (CSU), the presentation analyzes the recent history of English Language Teaching (ELT) polices in Chinese higher education through the eyes of practicing teachers and learners at CSU. The main goal of the presentation is to use CSU as a lens in which to investigate the renewed emphasis on teaching and learning English in China and connect the creative imaginations and appropriations of teaching methods and materials illustrated in CSU classrooms with internationalizing universities, English teaching programs, and English language learners throughout the world. In the presentation, I draw on these connections through two organizing themes: 1) teacher interpretations and appropriations of west-based teaching roles and methods; and 2) learner responses to internationalization reforms through the teaching of English in China. In concluding, I will point out how CSU and the Chinese ELT context do not simply provide evidence of a larger narrative of globalization and English language spread, but they are indicative of the ever-changing balance between global and local orientations, teaching communities, and educational realities in English language teaching.

Bio: Paul McPherron is an associate professor of English at Hunter College of the City University of New York (CUNY), where he is also Director of the Academic Center for Excellence in Research and Teaching (ACERT) and Co-PI of the Hunter College ANNAPISI Project (HCAP), a federally funded grant that addresses academic barriers for Asian and Pacific Islander students. At Hunter College, He teaches classes on English linguistics, sociolinguistics, ESL, and the structure of English. He is a socio/applied linguist whose research interests involve questions about English language learning in relation to identity, globalization, and teaching policies, particularly in China and the United States.

He has most recently written a book published by Palgrave McMillan entitled, Internationalizing Teaching, Localizing Learning: An Examination of English Language Teaching Reforms and English Use in China. In earlier work, he co-authored a book on teaching idioms published by TESOL Press and co-edited a book on discourses of health and bodies published by Mouton de Gruyter. He has published articles and reviews in TESOL Quarterly, TESOL Journal, the Asia Pacific Journal of Education, CATESOL Journal, and the Journal of Language, Identity, and Education.

Paul has held academic and teaching positions around the world including at Southern Illinois University, Stanford University, Shantou University (Guangdong, China), and UC Davis. He was a Peace Corps Volunteer in Romania where he taught English at two high schools in Sibiu, Transylvania. 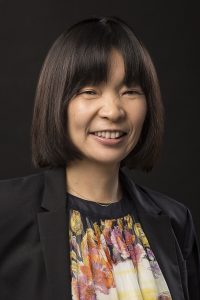 Title: Listening to voice in a contact zone: A case study of a multilingual writer from Japan

Abstract: Voice in multilingual writing (e.g., Matsuda, 2001; Matsuda &Tardy, 2007; Prior, 2001; Sancho-Guinda & Hyland, 2012; Tardy, 2015) has received attention among second language writing and rhetoric scholars. I adopt the definition of voice as something amalgamated of diverse (textual) resources, dialogical of the personal and the social, and achieved as an effect by readers. But research on voice has been hitherto focused on textual analysis, with far less attention to the writing classroom ecology in which voice is negotiated among multilingual students and their instructor.

I present an analysis of the way a Japanese student named Kyoko and her instructor (Suresh) negotiated voice in a graduate-level course on teaching second-language writing in a US university. The data comprise multiple sources, including drafts of a linguistic autobiography (major data), peer commentary, weekly journals, and interviews. The narrative-based case study methodology, derived and adapted from teacher research (Lankshear & Knobel, 2004; Nickoson, 2012), illuminates how both Kyoko and Suresh negotiated uptake for a voice that merged resources from Kyoko’s own cultural, linguistic background (Japanese) and dominant conventions of academic literacies.

I argue that what made translingual literacy (defined as texts and textual practices that go beyond language and community boundaries to accommodate differences) in Kyoko’s literacy autobiography possible was the design of the classroom as a contact zone (Pratt, 1991). According to Pratt, while contact is always steeped in power, contact zones can become spaces that are open to the possibility of new norms and genres emerging due to the merging of diverse, competing norms. A contact zone (pedagogical) approach can offer more dynamic, creative possibilities for multilingual writers than one based on “literacy regimes” (Blommaert, 2010), in that any text gains its voice according to the norms of each literacy regime in which it is specifically situated.

Furthermore, I highlight subtle tensions in the interactions between Kyoko and her instructor, and Kyoko’s aspirations, dilemmas, and criticality as a multilingual writer from Japan. My shared cultural background with Kyoko along with my stance outside of this classroom community were both useful for recognizing something that was invisible to Suresh. More specifically, my positioning enabled me to move away from a stereotypical notion of Japanese students as ‘lacking voice’ and to adopt a more nuanced, complex understanding of Kyoko’s agency in negotiating hybrid voice in between Japanese and English norms and engaging in literacy development on her own terms.

The findings allow us to see how multilingual students and their instructor can constantly negotiate and renegotiate voice in a contact zone. Indeed, developing voice is a dynamic, ongoing process. More classroom-based studies of voice can help shed light on actual pedagogical approaches that assist multilingual students in negotiating agentive voices and identities with their classmates and instructor and help students develop metalinguistic awareness in writing classroom ecology.

Bio: Yumi Matsumoto is an assistant professor in Educational Linguistics at the University of Pennsylvania’s Graduate School of Education. She received a Ph.D. in Applied Linguistics from the Pennsylvania State University. Her research interests include English as a lingua franca, intercultural communication, gesture and L2 learning and development, material use in L2 classrooms, and multilingual writing. She has published in The Modern Language Journal, Language Learning, Journal of Multilingual and Multicultural Development, Journal of English as a Lingua Franca, and Journal of Teacher Development.