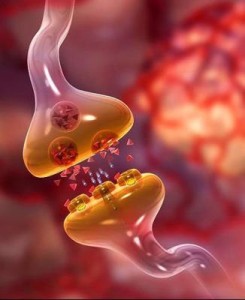 What do brain disorders as apparently diverse as autism, depression, PTSD, chemo brain, postoperative delirium, and Alzheimer’s disease have in common? The part of the answer may be dysregulation of the immune system.  There is increasing evidence that immune dysregulation plays a role in the pathogenesis and progression of a variety of disorders compromising cognition.  It seems likely that immune dysregulation may impact cognitive processes, at least in part, by disrupting the capacity for synaptic plasticity – a process by which experience shapes the efficiency of communication between cells and circuits of the brain.

Our research is focused on understanding molecular and cellular mechanisms giving rise to experience-dependent modifications in brain structure and functional connectivity. More specifically, we are interested in the ways in which neurotrophins, particularly brain-derived neurotrophic factor (BDNF), contribute to synaptic plasticity.  BDNF plays critical roles in establishing and maintaining appropriate connectivity during development, learning, and memory storage. Dysfunctions in neurotrophin production, processing, or signaling have now been implicated in alterations in performance of some memory tasks in humans, and a striking range of psychiatric and neurodegenerative disorders – including many of those thought to be associated with dysregulation of the immune system. We have have become intrigued with the possibility that immune dysregulation may compromise cognitive processes in part by diminishing the capacity to provide the BDNF (and associated molecules) needed for some forms of synaptic plasticity in circuits for memory, mood, reward, etc. This hypothesis has implications for understanding a variety of cognitive disorders. The laboratory currently works on the interactions of aging, immune dysregulation, BDNF biology and memory-related synaptic plasticity.