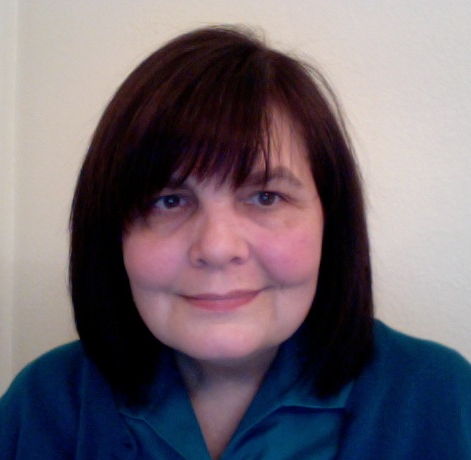 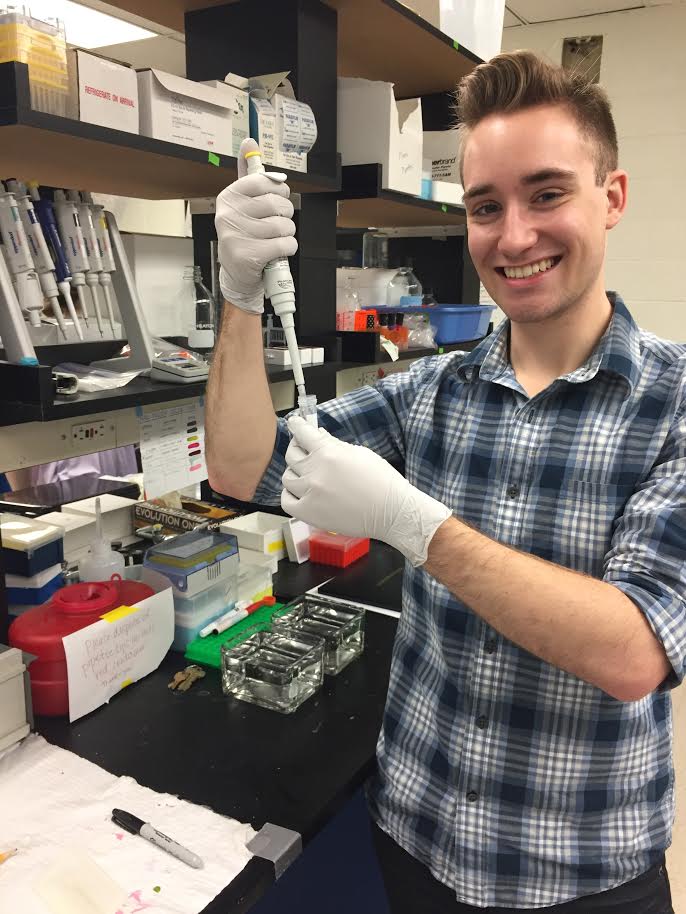 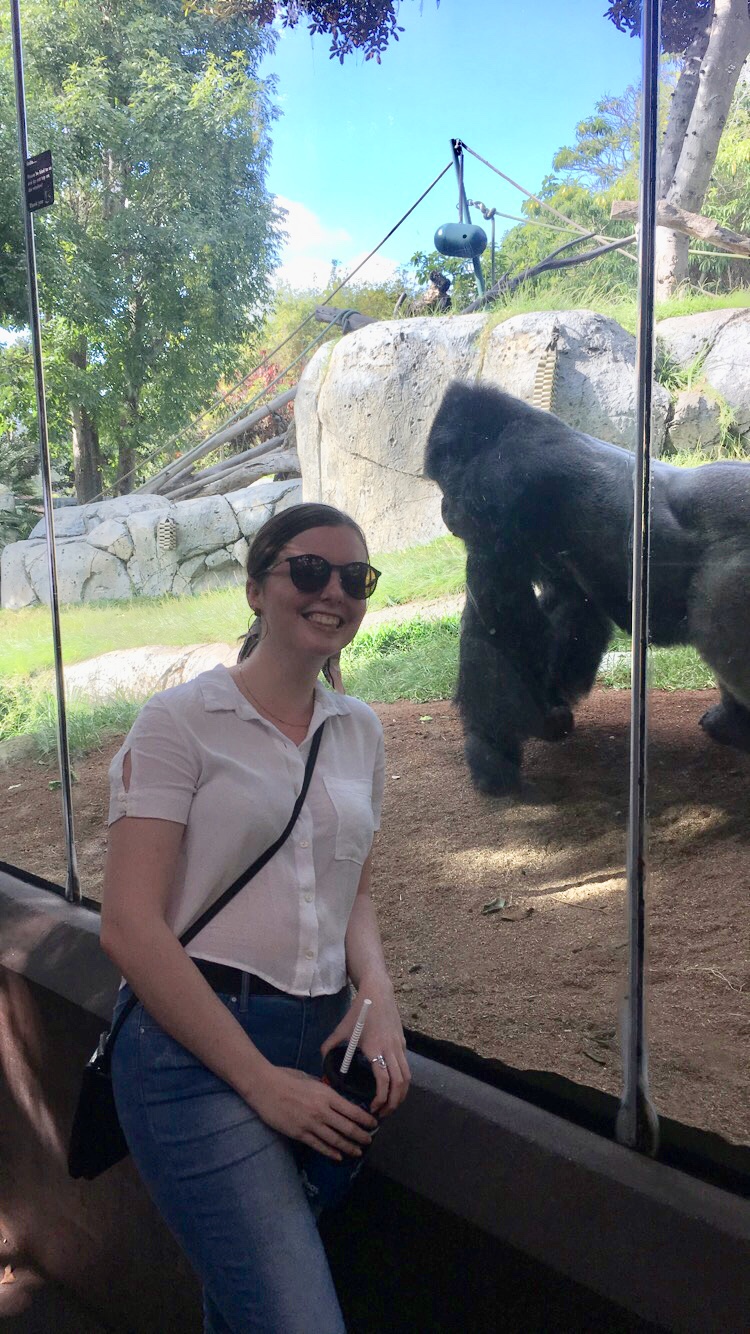 Cali at the San Diego Zoo

Cali is a Junior biology major with a minor in neuroscience who joined the Patterson lab in her freshman year. She is a member of Temple’s Science Scholars program and Temple’s Honors program. With the Patterson lab, she has had the opportunity to travel to Washington D.C. and San Diego to present research at the Society for Neuroscience annual conferences. After graduation, she plans on pursuing further studies in biology, specifically in genetics. In her free time, she enjoys reading and exploring Philadelphia. 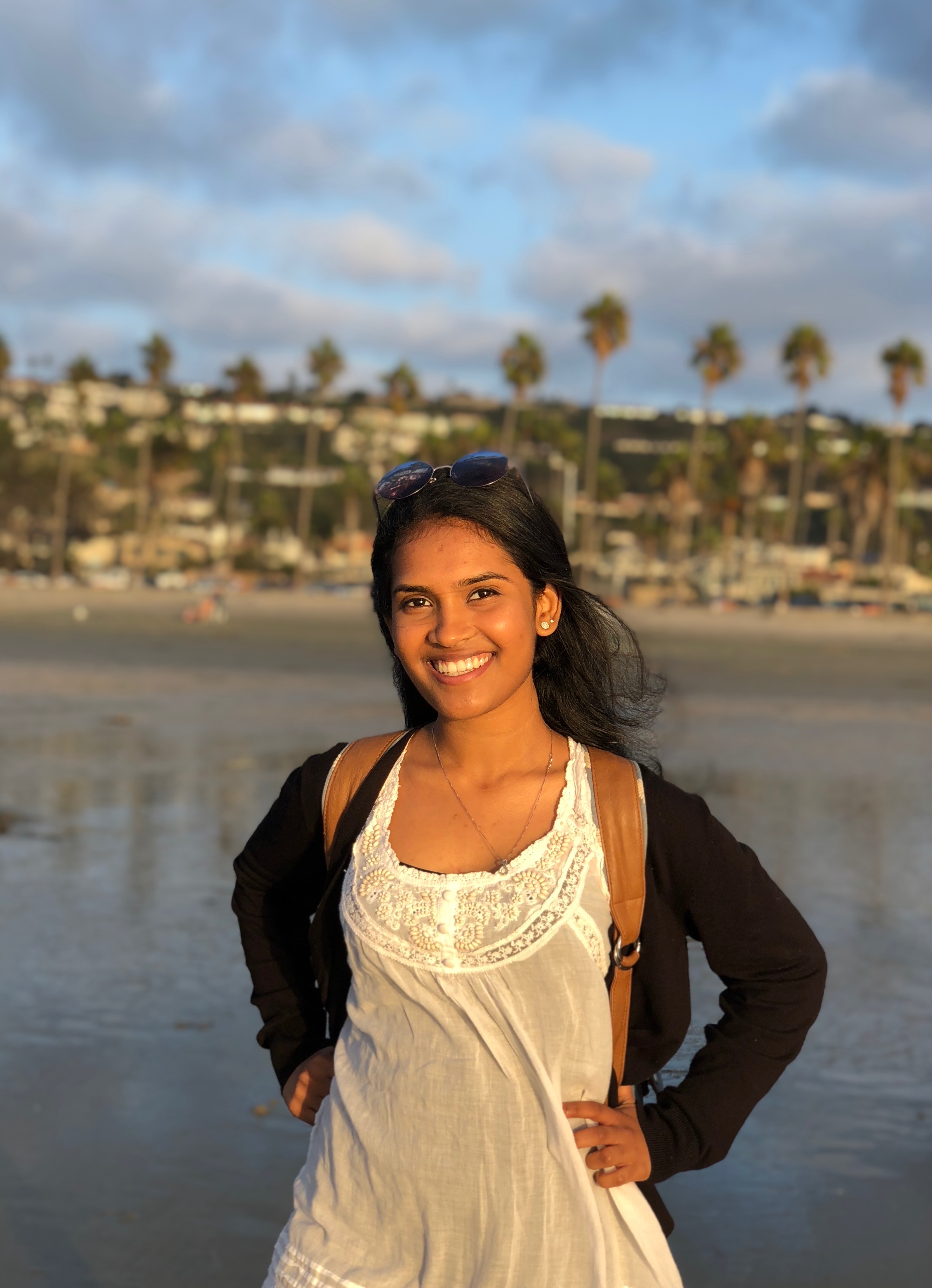 Nikki is a third year Cellular and Molecular Neuroscience major. She is a Presidential Scholar and a member of Temple’s Honors program. She joined the lab in the summer of 2017 and has attended and presented at the annual Society for Neuroscience meetings in 2017 in Washington D.C. and 2018 in San Diego and also at the local Philadelphia chapter of SFN in 2018. After graduation, she plans to pursue a career as a physician scientist. 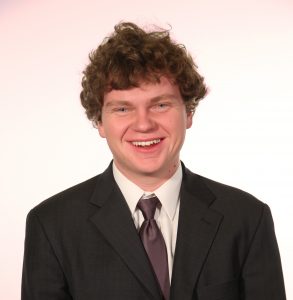 Kevin is a senior Computer Science and Math major in both the Honors and Science Scholars programs at Temple. Outside of class, he works in Professor Slobodan Vucetic’s machine learning lab and Professor Christian Schafmeister’s organic chemistry lab in addition to Dr. Patterson’s lab. After graduation, Kevin plans on attending graduate school to pursue a PhD in computer science with a concentration in machine learning. When not in lab or doing schoolwork, Kevin enjoys playing Magic: the Gathering; he and his friends travel the mid-atlantic states competing in weekend tournaments. 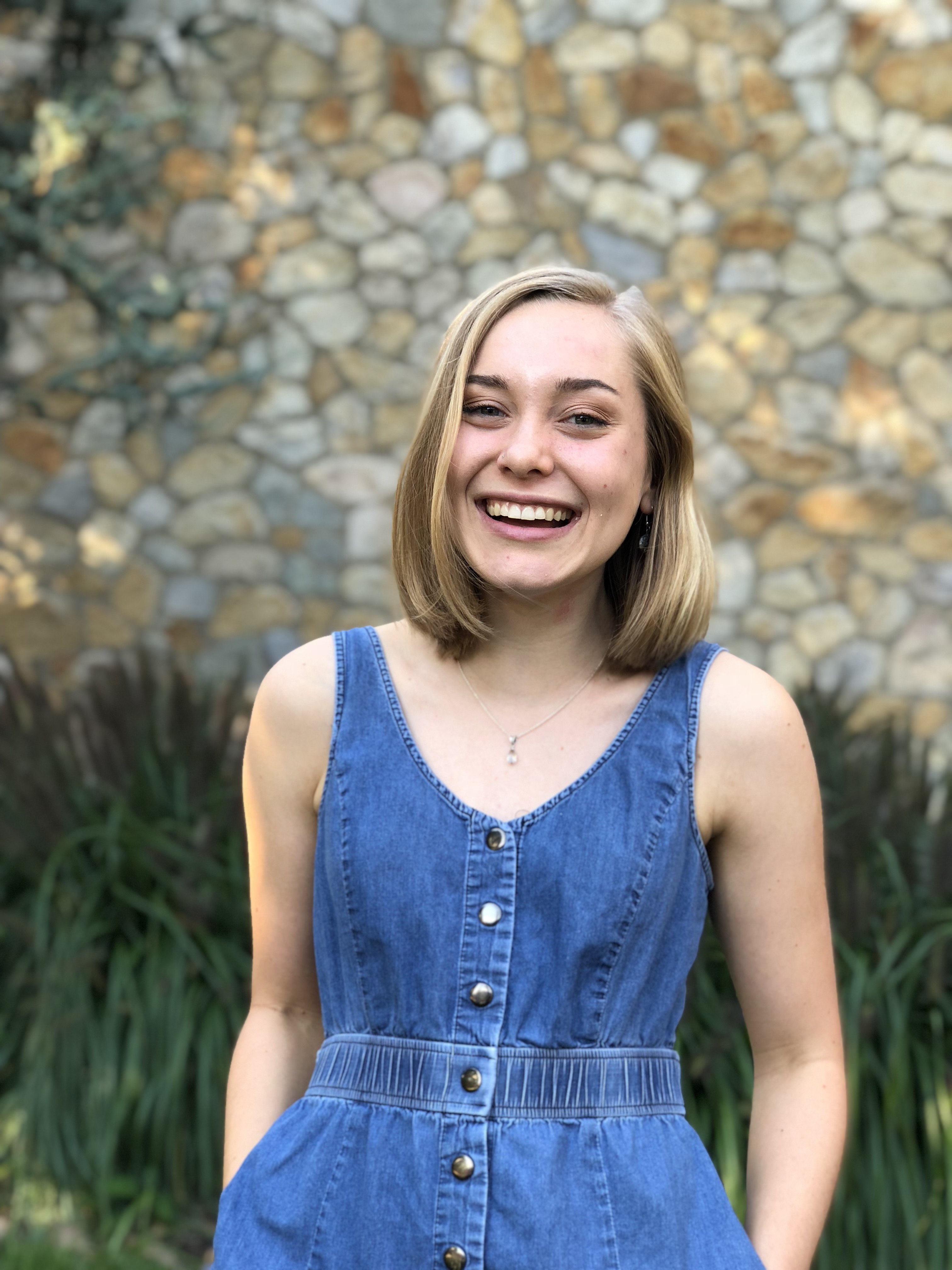 I am a sophomore Neuroscience major at Temple University, where I am part of the Honors and Science Scholars program. I joined the Patterson lab in January of my freshman year. Since then, I have traveled to San Deigo to present my research with my fellow undergraduates at the 2018 Society for Neuroscience Conference. While my work originally centered on microglia dysregulation in delirium, I am transitioning more now to a genetic focus on the mechanisms of delirium. I also am the co-founder/director of Scientista at Temple, a chapter of a national organization promoting women in STEM. In my free time, I dance and choreograph with Reflections Dance Company at Temple University. After graduation, I plan on pursuing a Ph.D. in Neuroscience, with a focus on plasticity. 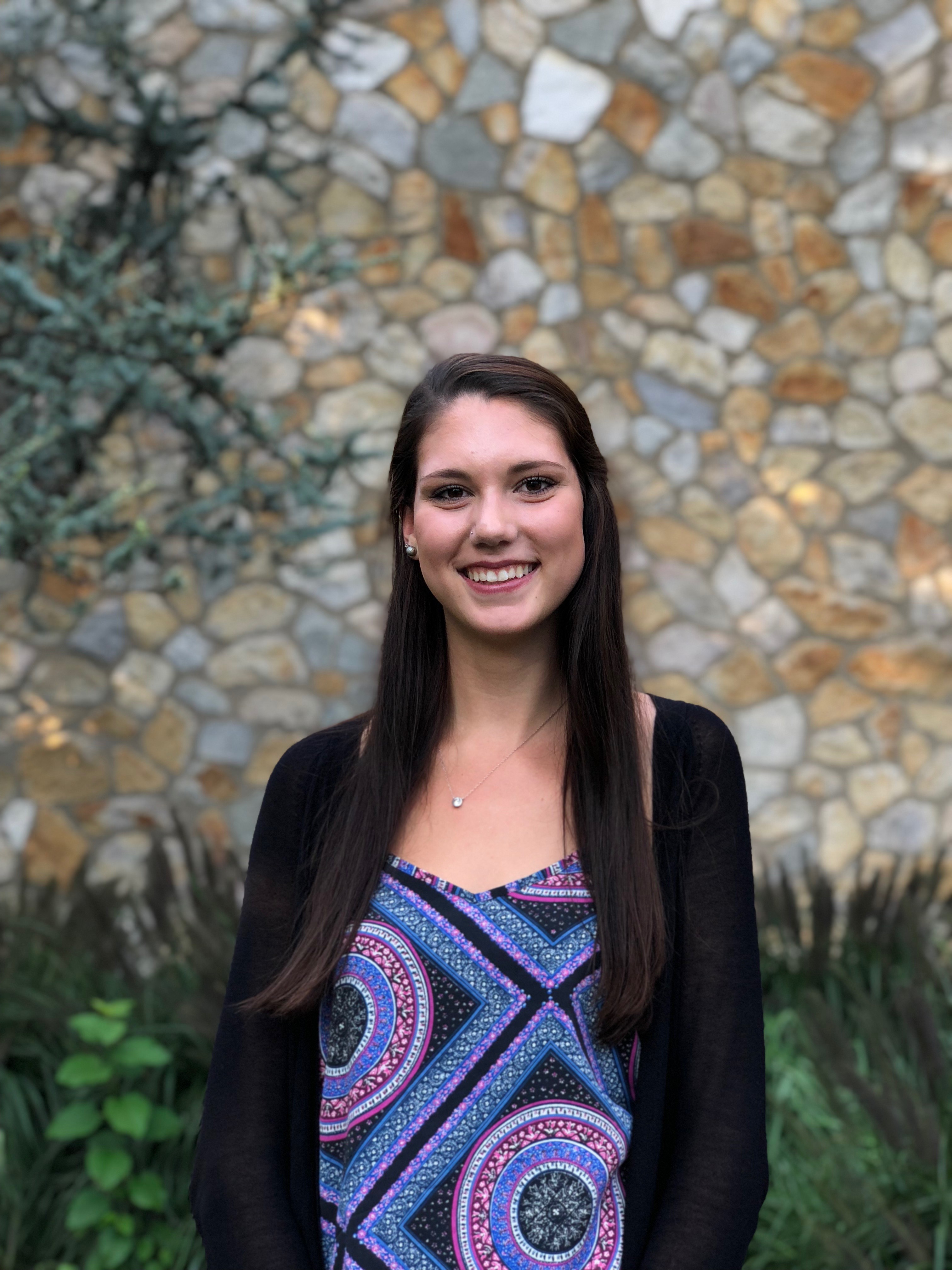 Gabby is a sophomore neuroscience major and psychology minor at Temple University. She has
been part of the Patterson lab since January of her freshmen year. Gabby is part of the Temple
University Honors Program as well as the Science Scholars program. She is also a part of the
MARC program for the 2018-2019 school year. Gabby’s first presentation was at the 2018
Society for Neuroscience conference in San Diego and she looks forward to presenting again at
the future SFN conferences. 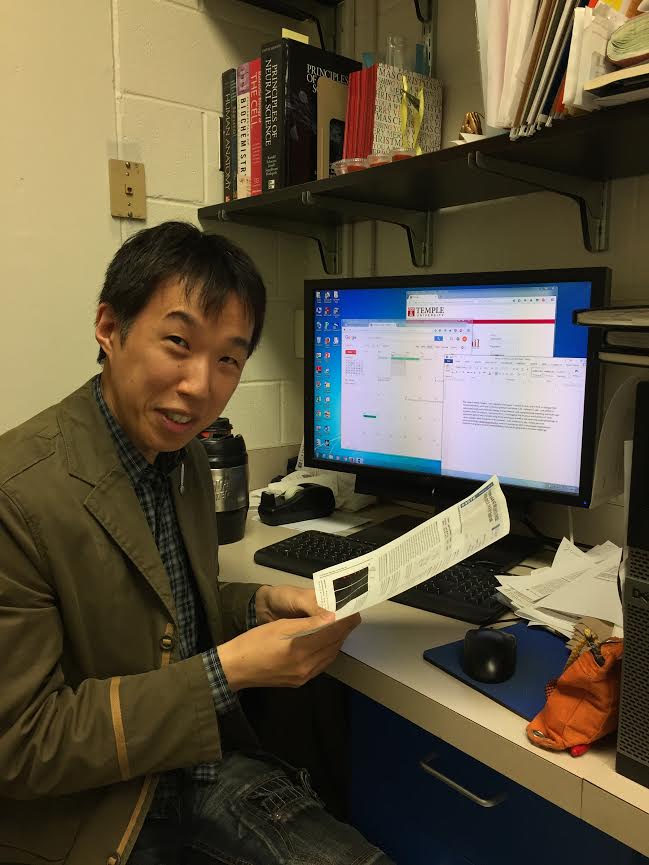 I am originally from Japan. I received a B.A. and Ph.D. in biology from Temple University, and I am currently a postdoctoral fellow in Dr. Patterson’s lab. During my Ph.D., I investigated the structure and function of cyclic nucleotide gated (CNG) channels using these techniques as well as the molecular pathophysiology of canine daylight-blind mutations in the channel. In Dr. Patterson’s lab, I use a combination of electrophysiology, subcellular fractionation, and reverse transcriptase PCR to investigate hippocampus-dependent long term memory-related deficits. 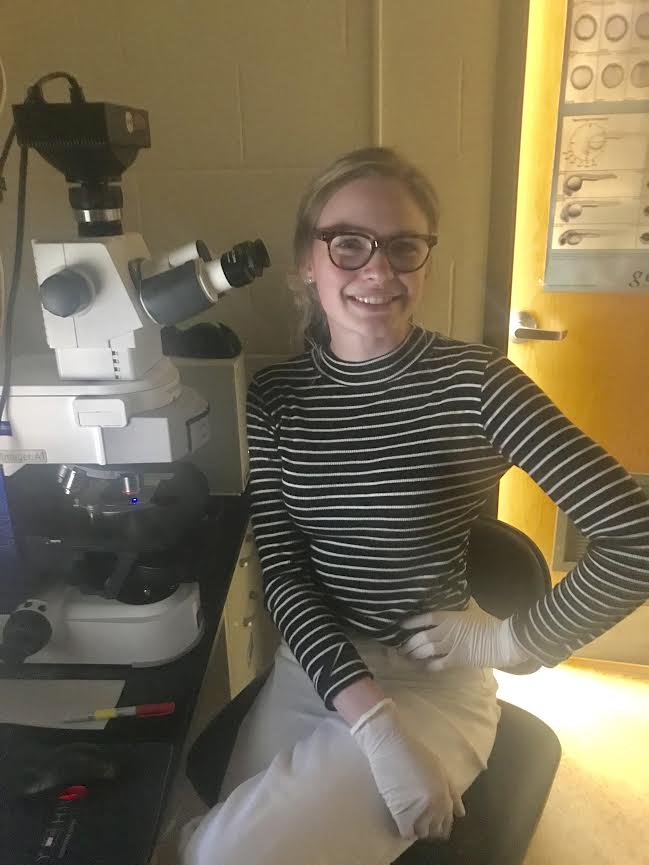 My name is Lulu Peach; I am a junior environmental science major with minors in French and biology. I am a member of Temple’s Science Scholars program and have been working in the Patterson Lab since January of my freshman year. I have presented at Temple’s Undergraduate Research Symposium and traveled to San Diego to present my research at the 2016 Society for Neuroscience conference. Outside of Patterson Lab, I also work with Dr. Allison Tumarkin-Deratzian on microfossil identification research in Temple’s EES department. This summer, I will be leaving Philadelphia to study environmental science at New Zealand’s University of Otago 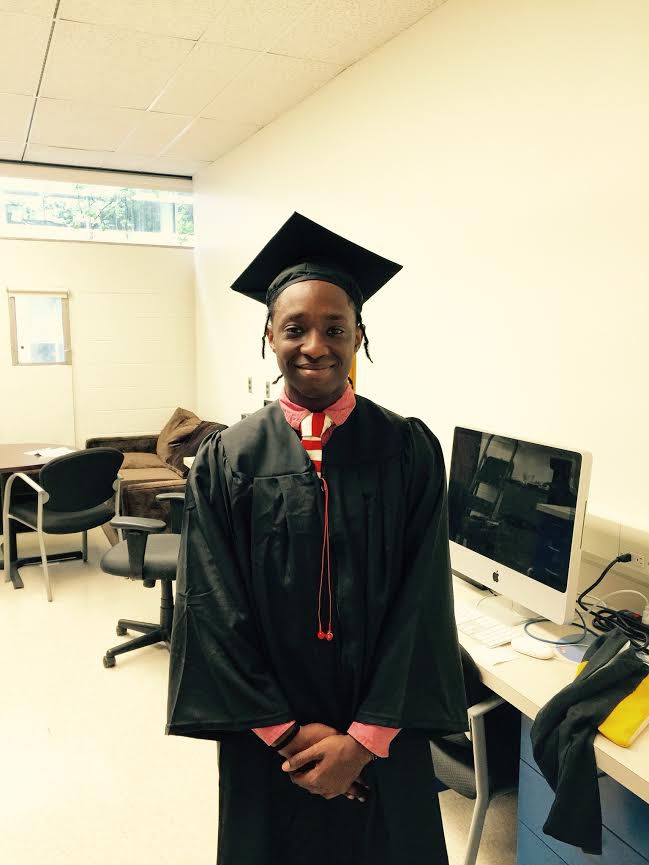 Cornelius worked with the Patterson Lab as an undergraduate at Temple. He is now working in community outreach in the Philadelphia area. 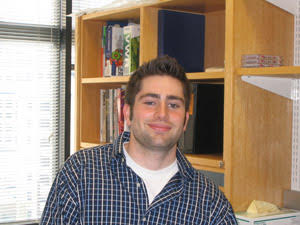 Giuseppe is a former graduate student of the Patterson Lab. He is currently doing a post-doc at the University of Wisconsin, Madison. 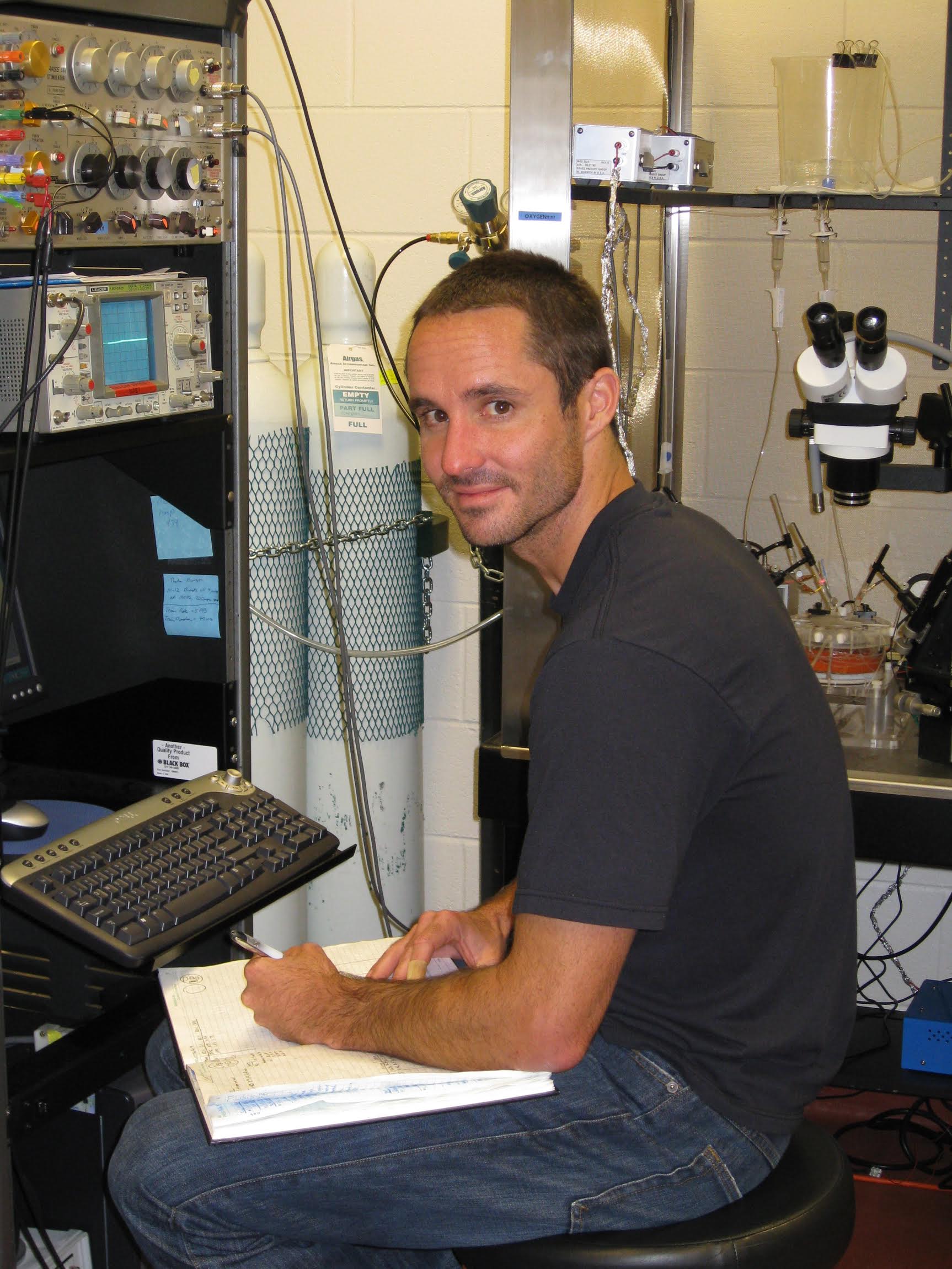 TIm is a former graduate student of the Patterson Lab. He is now a post-doc at the University of California, San Diego. 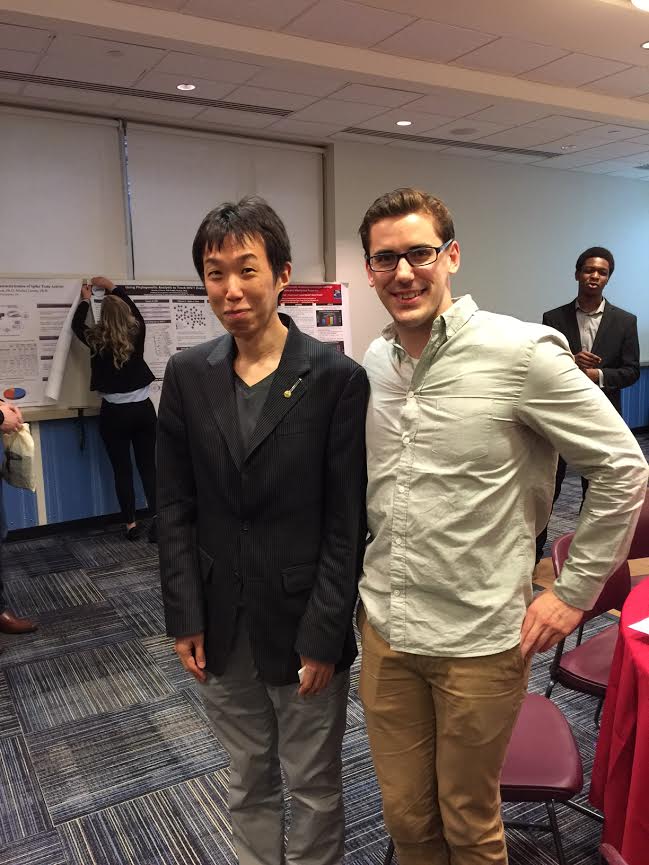 Matt worked with Patterson Lab as an undergraduate at Temple. He is now a graduate student at the University of California, Davis. 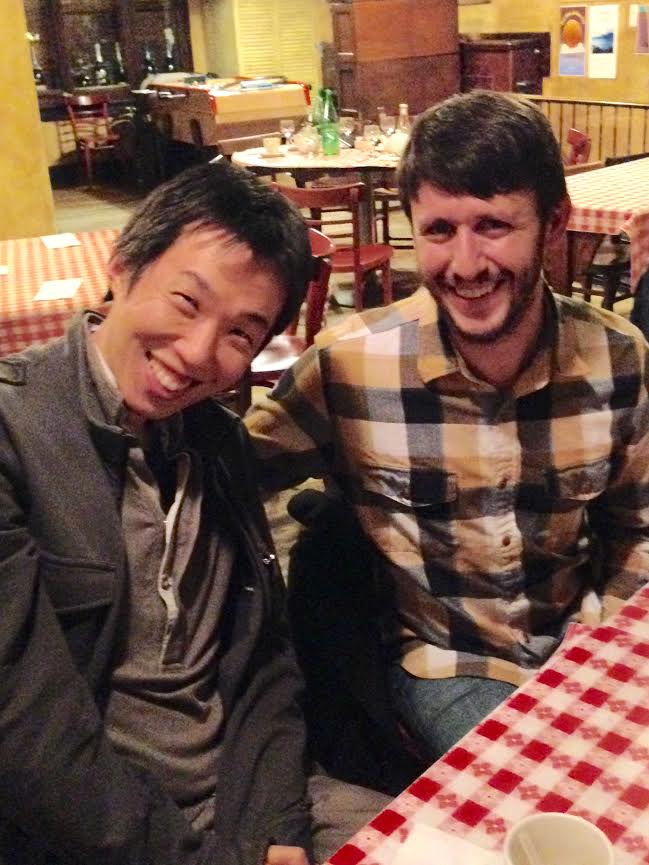 Jared worked as a lab technician for the Patterson Lab. He is now completing an MD PhD at the University of Colorado, Denver. 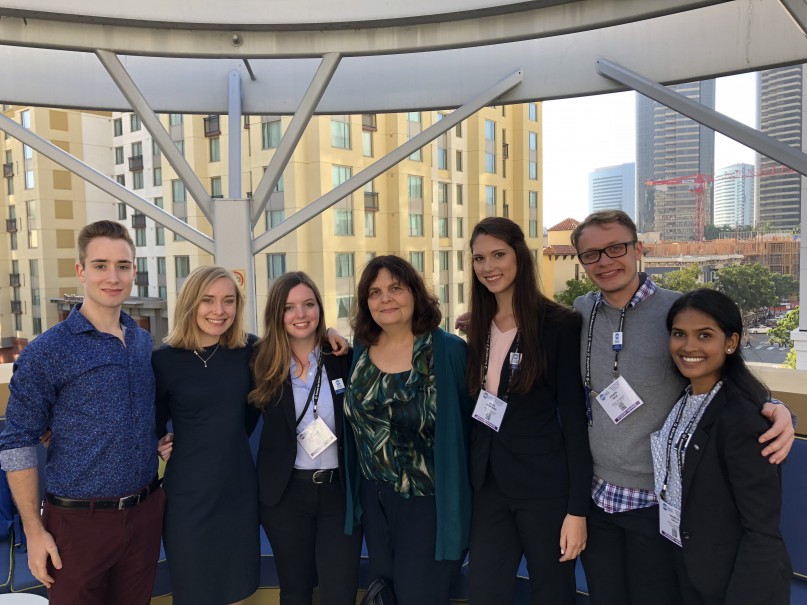 (left to right): Alex, Leah, Cali, Dr. Patterson, Gabby, Joe and Nikki in San Diego at the 2018 Annual Meeting for the Society for Neuroscience. 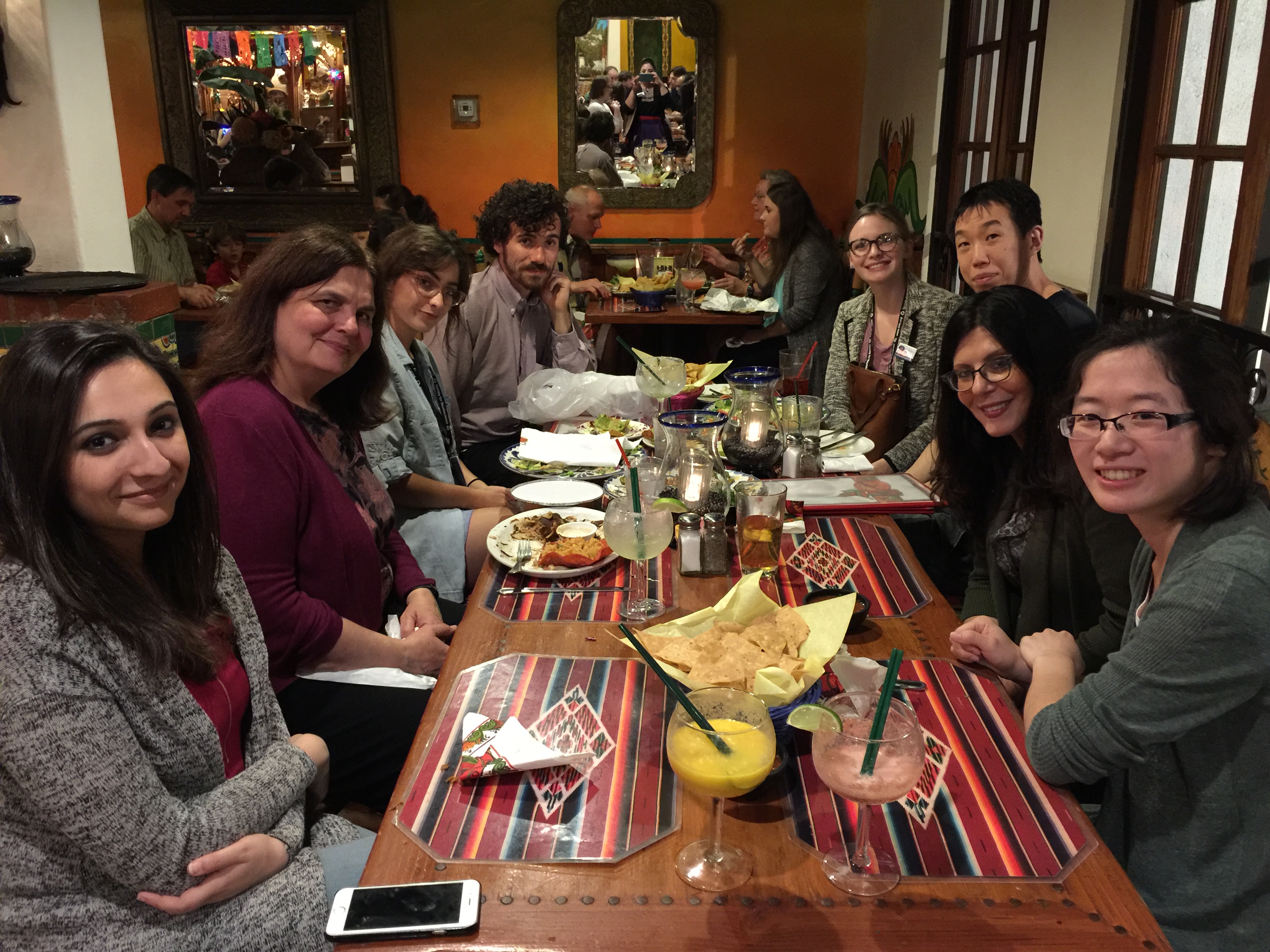 Dr. Patterson, Lulu, Naoto, and alumus Vincent dining with colleagues in San Diego, CA at the 2016 Society for Neuroscience conference. 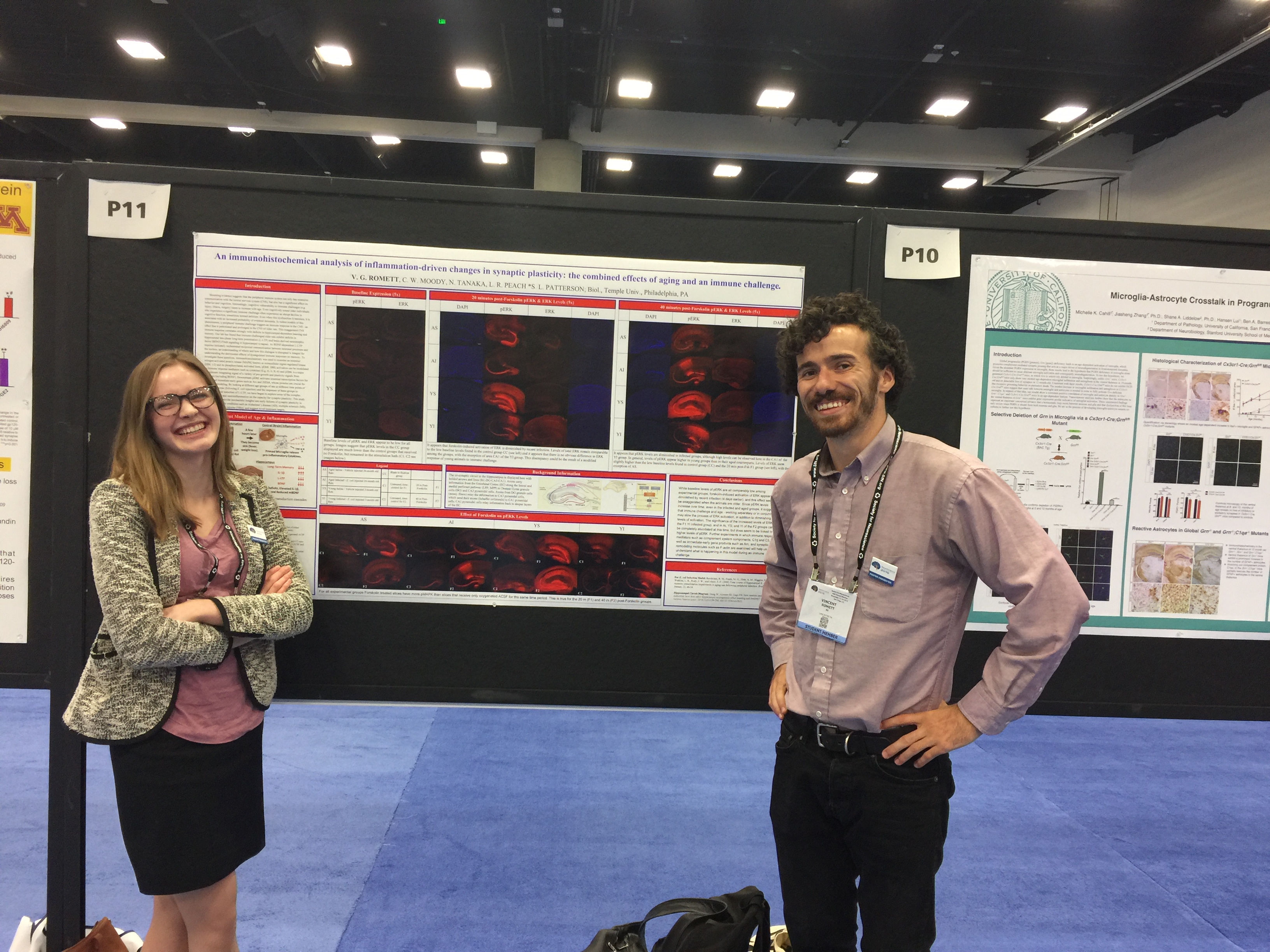 Lulu and alumnus Vincent preparing to present at SfN 2016. 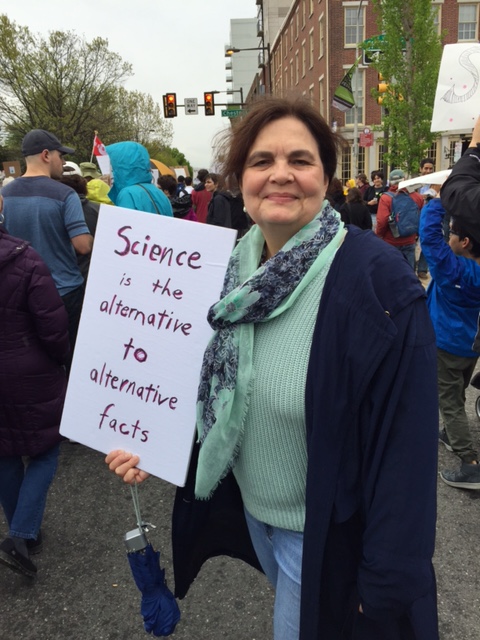