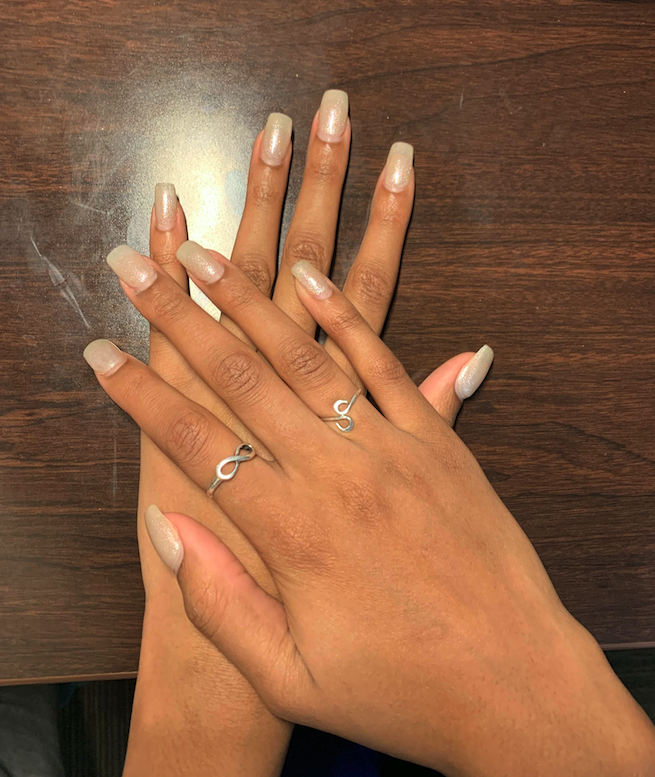 We cannot talk about colorism without talking about racism. Meet Deja. She is a junior here at Temple University and is a Media Studies and Production major. Deja grew up outside of Philadelphia in a predominantly White school. As she got older, more Black kids started coming into her school. She describes her relationship with her skin tone as “love.” She understands the “history” of the color of her skin and the stories they tell. She does not have a “distinct moment” where she noticed the color of her skin, but remembers that when she was younger how she would compare herself to others and think that she “was not light enough.” But as she grew older, she began to have a better understanding of her “self.” While Deja has a positive relationship with her skin color, there have been experiences where she was made to feel different because of the way she looked. At work, she had co-workers “say things that they shouldn't say.” In class, she had a fellow White student describe the texture of her hair as “nappy.” Colorism is sometimes not just about skin tone, but is intertwined with other aspects of one’s appearance. Instances like these can create an invisible wall where you realize everything in society has been assigned a value and your appearance is continuously being rated. Fortunately, despite such negative experiences, Deja continues to have a positive connection with her skin. We hope that others are able to not take in, but block such colorist expressions against them and remember that there is value to us that goes beyond how we look.