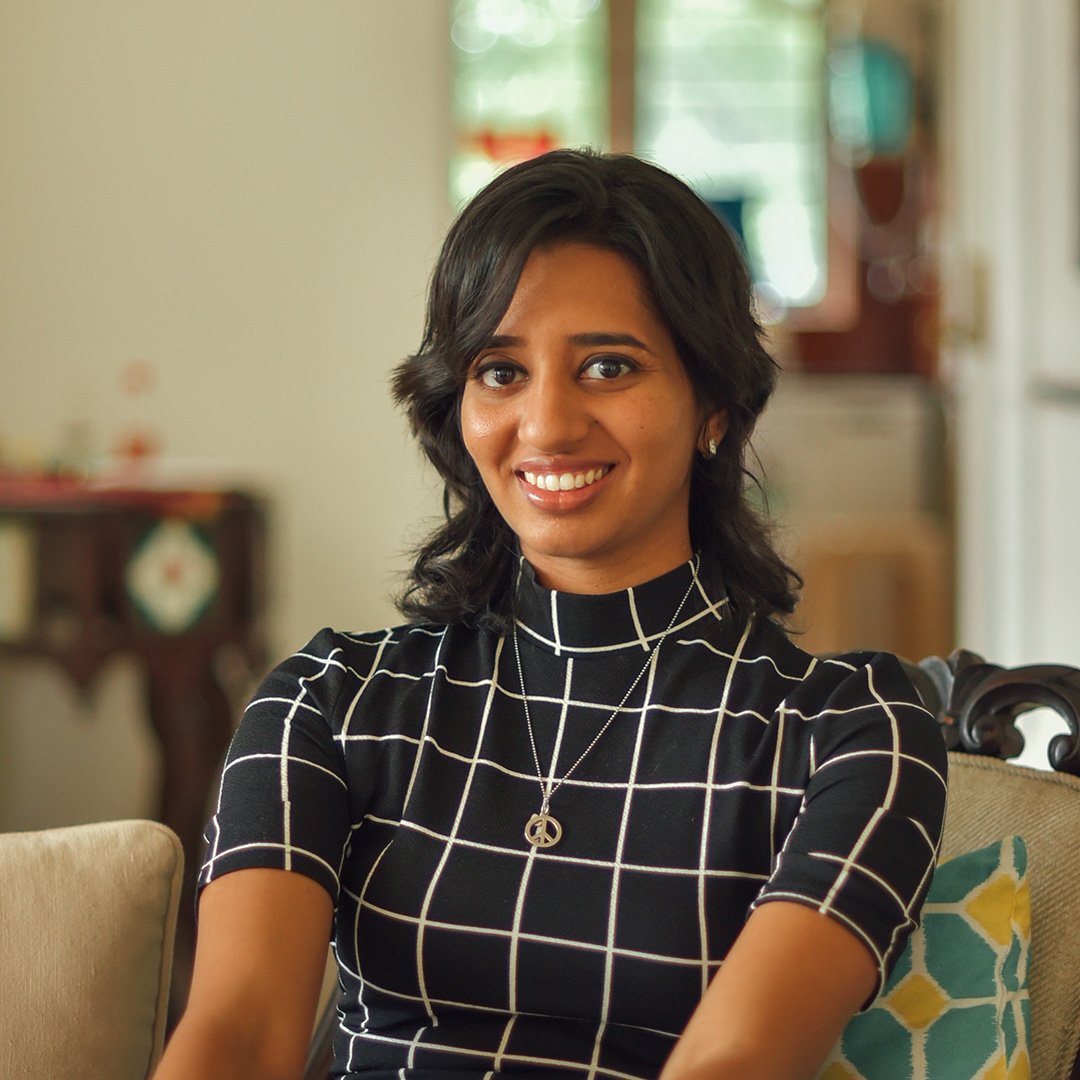 Nisha is a doctor who works on cleft lip and palate surgeries. She is currently on a fellowship in Taiwan. Nisha grew up in South India and often heard comments such as, “You Southies, you guys are so dark.” While her parents never reinforced such notions, she heard her relatives tell her mother, “Your daughter is becoming so dark, why are you letting her go outside? How will you get her married?” and equated being dark with being ugly. Nisha said, “All through my growing years, I felt I was ugly because I was dark.”
She used skin lightening creams, but her father discouraged her from using it by calling her attention to the potential harmful effects of those creams and asked her to not care too much about what other people thought of her. She understood and agreed with her dad’s point of view, but also felt that maybe he didn’t understand what she was going through.
Nisha describes that it was a process filled with such small moments that helped her slowly redefine her relationship with her skin tone. Some of these moments occurred when she had parents of her patients ask her if their kids, with cleft lip and palete, will ever be normal again. She said, “This really hit me. What is “normal?” What is this normal we keep talking about? What is normal for you is not normal for me. Why do we always feel this need to put things in this little box called “normal?” Anybody who doesn’t fit in that box, why are they considered abnormal? That’s when I realized that we are placing a lot of emphasis on this social construct that we have created that we call “normal.” I don’t think there is anything called normal. You can’t fit everybody into this box called “normal,” and just because they don’t fit into it, doesn’t mean they aren’t normal.” And she realized it’s the same issue with skin tones, and that there really isn’t a normal or right skin tone, and that skin tone shouldn’t really matter in defining an individual.