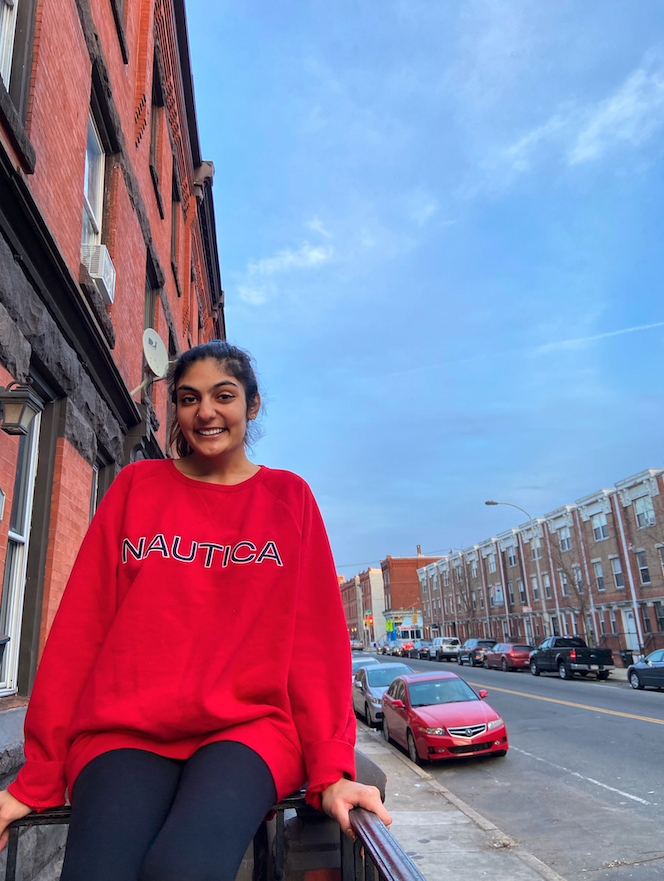 Ria is a second-year student at Temple University who is studying psychology. She comes from the suburbs of D.C., considered to be some of the most diverse communities in the United States; she describes it as a “liberal bubble.” She is a 2nd generation Indian-American and a 1st generation Pakistani-American, whose family runs the Miss India DC Pageant. “My parents both have different skin tones–my mom’s is more similar to mine and my dad’s is darker. So I’d always make comments about that when I was a kid, just ask questions and stuff. I was aware that he was different than me, that his skin tone was different than mine, so that was the first time I understood that people of the same race can have different variations in their skin tone. Since I’m Indian and pretty light, people will mistake me for other ethnicities. It doesn’t necessarily offend me or make me upset in any way but it definitely, for a lack of better words, makes me question my ‘Indian-ness.’ But not really, obviously that doesn’t determine how I identify, but it definitely does have an effect because there are a lot of people who would identify the same way as me but look a lot different than me.”