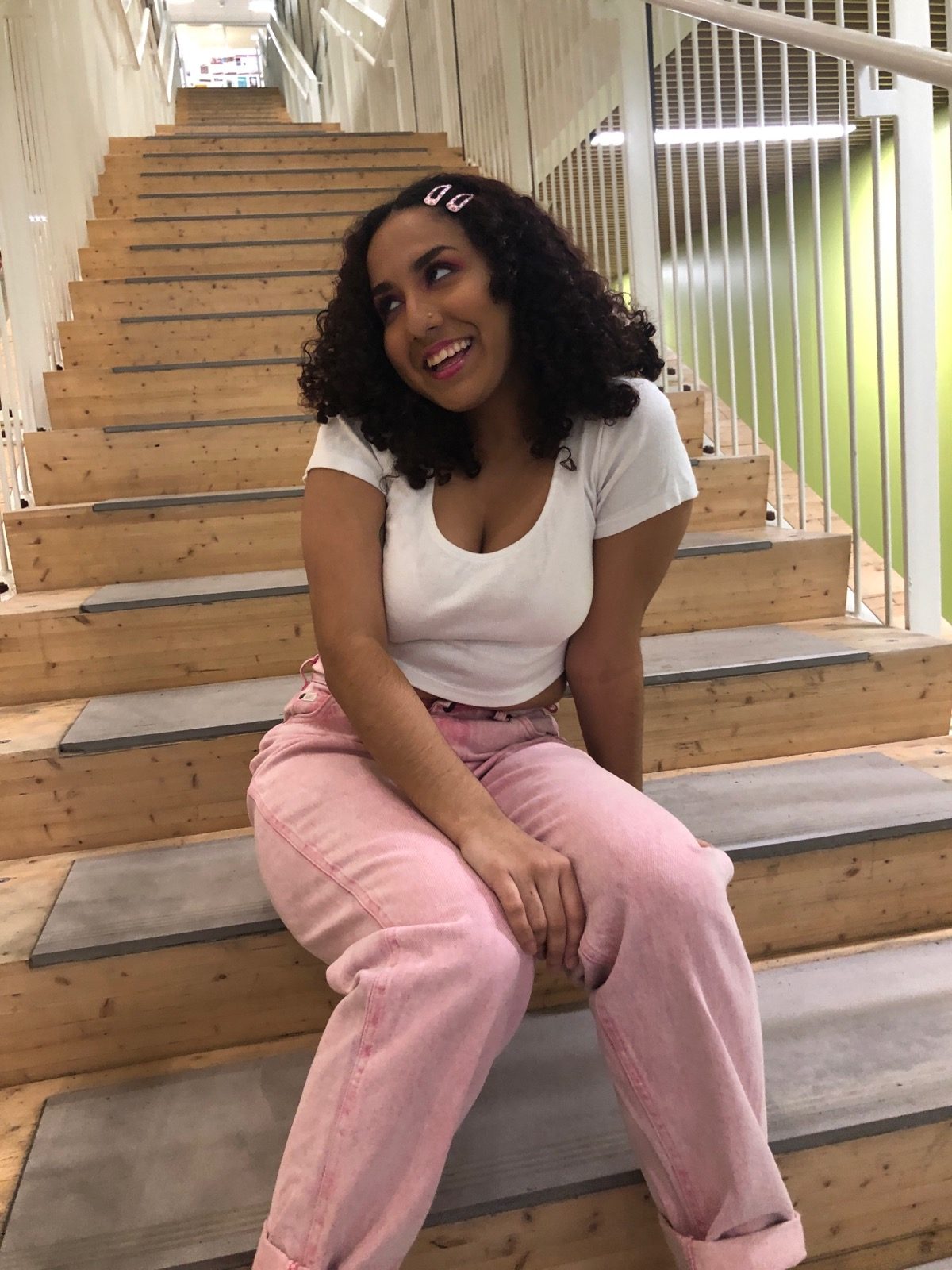 Nikki recalls when her 3rd grade classmates in the U.S. compared the color of their arms against hers. “When I came to the U.S., I didn't even consider myself to be that dark, because in the Dominican Republic I'm still on the lighter scale.” She notes that her encounters with colorism have more often been about hair than skin color: “My hair is called a ‘pajón’,” a negative connotation for an afro. Having straightened her hair for many years, she mentions people would compliment her and give her more attention when it was straightened. She began embracing her curls in middle school. “As a Dominican, publicly claiming your hair's curly means you're tying yourself to this blackness that a lot of Dominican people don't want to claim. People always call themselves ‘indio,’ which means you are mixed, but they don’t say what you're mixed with, they just say that you are mixed with like indigenous and European, they take out the African ancestry part. It wasn't until I came to the U.S. and people started mistaking me for African American, that I realized that there must be some sort of reason as to why they're mistaking me for that. I always thought, oh, I'm just Dominican, like I don't know what this whole race aspect is. I feel like being here in America has forced me to try to figure out this racial aspect, because everybody wants to categorize you.” When it comes to strategies for dealing with issues like racism and colorism, Nikki proudly states that she calls it out how she sees it: “they were definitely not used to me calling them out on their racism, because they would literally call me a ‘reverse racist’.” Comments from family and peers about maintaining her natural hair stopped a long time ago when she started responding back with “This is my hair. This is how I like it. It's beautiful.” She states learning to take a stand, and having supportive friends who understand her struggles has empowered her greatly, “I know I'm beautiful. But, it doesn't mean I have to be a certain way. I know I'm not society's perfect rendition of beautiful, but I am in my own way and that's good enough for me. I need to realize that I'm not going to be everybody's cup of tea.”