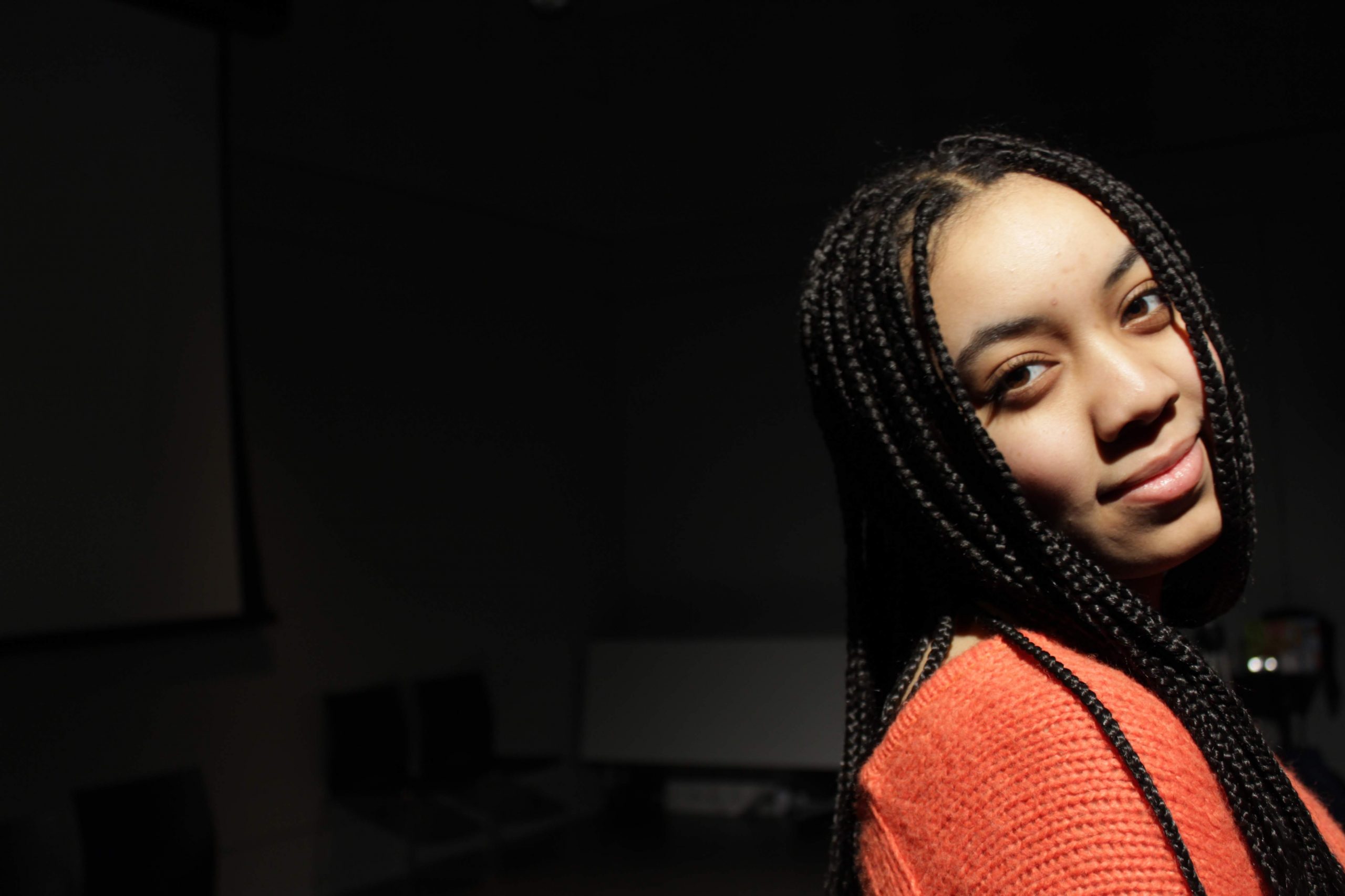 “A lot of my features are what you would expect, I guess of a ‘stereotypical mixed person:’ I tend to have looser curls and my skin is very light. But my features are what you might say a ‘stereotypical black” person has, like I have the wide nose and the big lips,” says Sehin about being mistaken as mixed-race, despite being half Jamaican and half Ethiopian. Regarding friends she has made in college and being lighter than most of her family, Sehin says “there is a feeling of not belonging or not really knowing my place because of my skin tone, but at the same time I’ve come to accept that.” She mentions people often point out her hair and make comments like how she has “good hair,” because of her looser curls compared to “other people who may have 4c hair that is really kinky, and more ‘Afro-like’ in texture.” Having grown up in a predominantly white community, she recalls a time during 8th grade when her hair grew long enough for the big chop: to cut off the portions that were texturized by her mother to make styling easier when she was younger. She says she wore her natural hair out to school and a friend told her “your hair looks wild,” to which she responded with “it’s just my hair.” That exchange stuck with her as it was one of the first times in which she embraced and wore out her hair in its natural texture, and she did not know how to respond other than the way she did. Calling her hair routine “a pain” but also worth it due to the results of her hard work, she cites it as a “therapeutic ritual” that has helped her build confidence. She lights up as she talks about her love for fashion and encourages people to turn to modes of self expression as strategies for confidence building: “A form of self expression I have is through my clothes and while that is appearance based, you don’t really need to take in someone’s face to appreciate what they are wearing or the way in which they style certain things.”