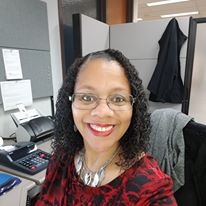 Being lighter skinned herself, Lynette Worthy regularly witnesses internalized colorism within members of her community. According to her observation, this internalization has a devastating effect on the self-esteem of darker skinned Black women with natural hair who are made to feel unattractive and insignificant due to eurocentric beauty standards that are still rampant today. Lighter skinned members in communities of color are also affected by colorism where they may feel guilty about the existence of this inequality. Lynette in particular deals with uncomfortable conversations with her friends and colleagues where they express dissatisfaction with their hair texture and complexion. In Lynette’s words, it's almost like she is a “trigger” for this internalized colorism and insecurities to bubble out. In such situations, it can sometimes be difficult to take a step back and realize that while their feelings are valid, you are not to blame for someone else’s insecurities, Lynette said.
According to Lynette, part of the reason behind the existence of these inherent biases is that there are rarely any open conversations in Black families about skin color and the baggage that comes with looking a certain way. She believes that this is because colorism wasn’t this big of an issue within the Black community in the 60s and 70s because the Black community as a whole was fighting segregation and institutional racism of a much larger scale. “They didn’t like us all,” Lynette said, highlighting that the reason why colorism gets brushed under the rug is because of the larger issue of racism that is seen as a bigger evil in communities of color. A sense of shared trauma during the segregation period united communities so individual differences were not as salient, according to Lynette who believes that colorism in the Black community got much more pronounced in recent years.